Canada's RIM dragged into U.K. headlines by rioters' use of BlackBerry Messenger 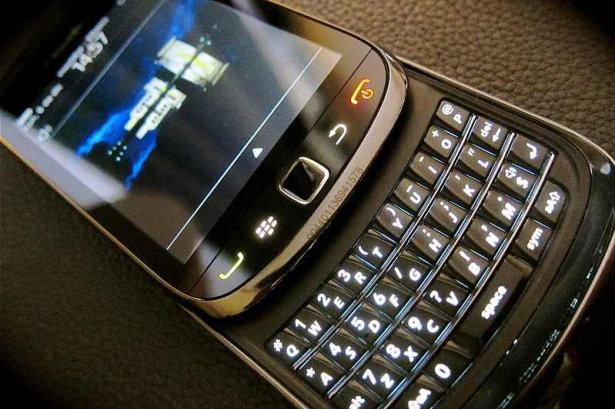 There's probably not a worse moment for the manufacturer of a popular mobile device than to see its signature invention splashed across international headlines in connection with crime and lawlessness.

But that's what happened to Canada's Research in Motion, whose BlackBerry came under the spotlight when it was used by troublemakers to plan looting and destructive binges during this week's riots in the U.K.

"BlackBerry riots" was the term that newspaper coined for the device's key role in the mess.

TORONTO -- As Britain grapples with widespread unrest in its cities, Canada's Research in Motion is being dragged into the fray as BlackBerry-toting rioters use the smartphone's instant messaging service to co-originate their looting.

The Waterloo, Ont.-based BlackBerry-maker said it feels for those impacted by the violent riots and has taken steps to help police.

"We have engaged with the authorities to assist in any way we can,'' Patrick Spence, managing director of global sales and regional marketing said in a statement, adding the company would "co-operate fully'' with Britain's Home Office and U.K. police forces.

It's that assurance of full co-operation -- the extent of which hasn't been detailed by RIM -- that's raising eyebrows among observers.

"They have to make absolutely clear what is their policy regarding dealing with governments on access to communication,'' said Alan Middleton, a marketing professor at York University's Schulich School of Business. "They actually have to have a policy and they have to tell people.''

The BlackBerry messaging service, or BBM, is free between users of the device and is encrypted, guaranteeing security.

In the past, RIM has been vague on public details regarding government access to user data, most recently when faced with threats from Saudi Arabia and the United Arab Emirates to cut off BlackBerry services unless concessions on access were made.

In Britain's case, if it surfaces that RIM bends on user privacy and gives U.K. authorities unprecedented access to data, it could lead to serious problems, said Middleton.

"(The use of BBM in the riots) may not hurt their brand in the U.K. directly, but it is going to raise questions from Canadian government to RIM about what their policy is here and I suspect a lot of other governments,'' said Middleton. "The heat will be on them.''

Britain's riots began Saturday when an initially peaceful protest over a police shooting in London's Tottenham neighbourhood turned violent. That skirmish led to a series of riots in London and several other cities that police have struggled to halt.

One aspect of the unrest that made headlines was that some rioters -- many of them teens and young adults -- used BBM to co-ordinate their plans to loot stores and torch cars.

But while the BlackBerrys are part of the story of the riots, they aren't causing them -- a point some in Canada are hoping to hammer home.

"It's not that these riots are being organized specially using BlackBerry, it's just the kind of people involved in this use BlackBerry for all their communications,'' said David Murakami Wood, of the Surveillance Studies Centre at Queen's University.

"It's very important we don't start blaming technology for these riots, because then we end up avoiding the real questions we need to be asking -- the fundamental social ones.''

In the short term though, RIM does have an image issue to deal with as headlines calling the unrest the "BlackBerry riots'' whip around the globe.

One way the company dealt with the optics of the situation was offering its early assistance to authorities, something Murakami Wood sees as a containment exercise.

But a backlash has already begun. A hacker group defaced the official BlackBerry blog Tuesday, threatening retaliation if the company handed user data over to authorities.

"RIM's got to walk a fine line,'' said Murakami Wood. "I don't think they can possibly meet all the expectations that are on them right now.''

From a business analyst's perspective however, despite the BlackBerry name being referenced in some news accounts of the riots and their aftermath, no longterm impact on the brand itself is expected so far.

"In terms of fundamentals for the company it doesn't have a positive or negative impact,'' said analyst Sameet Kanade of Toronto investment banking firm Northern Securities. "It just got caught up in the wrong headlines.''

In co-ordinating with U.K. authorities, Kanade said it's possible that RIM could block BBM's from getting to recipients. But while RIM would be able to see who sent a message, they would not be able to see the contents of the message itself, as it would be encrypted.

Such a "blanket curtailment'' of the BBM service could help RIM enforce public safety while continuing to uphold the privacy of its customers, said Kanade.

But, if the company were to somehow go one step further and try to de-code the encrypted messages, that's when its core clientele would be rankled.

"What the company has been saying is they don't have the capabilities to decipher messages,'' said Kanade. "But if it turns out they are able to do it ... then I think it may create trouble.''

Coverage of ongoing riots in London.

London riots: When the riots reach your doorstep