Tech giant battles it out with RIM for users with year of heavy mobile upgrading on horizon. 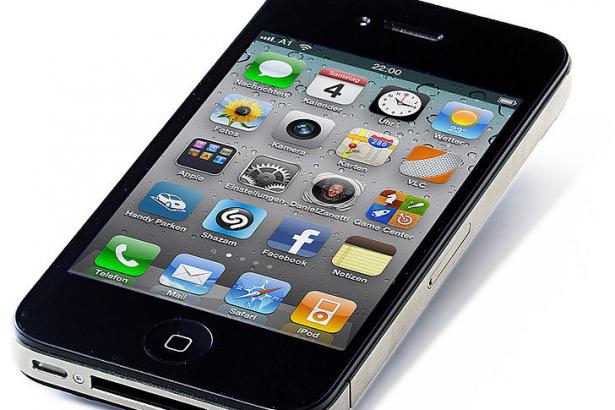 TORONTO -- Canada's most popular mobile phone, by a large margin, is Apple's iPhone 4, according to recent data collected by measurement firm comScore.

And if you look at the top 10 most-used phones in Canada, Apple takes four spots on the list.

While Research in Motion has the biggest share of the overall smartphone market in Canada -- with 42 per cent, versus 33 per cent for Apple, according to comScore -- it only showed up in the seventh and eighth slots on the top 10 list, with the Bold 9700 and Curve 8530 being used by about 321,000 users and 307,000 users, respectively.

"There's a lot more RIM devices than Apple devices,'' said Bryan Segal, a vice-president with comScore, in explaining how the Canadian company still leads in the overall smartphone race.

"If you look at (best-selling) devices 11 through 50 you're going to see RIM plays a really key role in terms of being one of the top device (makers).''

The comScore data suggests about 33 per cent of Canadians own a smartphone, but Segal predicts that number will soon spike as a huge group of consumers are getting ready to upgrade their phones.

"A lot of our Canadian audience has owned their phone for two to three-plus years, which means there's potentially going to be an extremely large amount of people looking for phones in the next short term,'' he said, adding that about 74 per cent of all the smartphones in Canada were acquired in the last 18 months.

"If you continue to look at that trend, that's just going to lead to greater smartphone penetration in the market.''

Of the countries comScore monitors, Canada ranks fourth in smartphone ownership, behind the United Kingdom, Spain and Italy. Canada is ahead of the United States, France and Germany.

But Canadian users are world leaders in some mobile usage categories that comScore tracks.

About 16 per cent of Canadian smartphone users access online retail sites almost every day, compared to 15 per cent in the U.S., 13 per cent the U.K., France, Germany, Italy and Spain, and three per cent in Japan.

As for emerging tasks Canadians are engaging in on smartphones, about seven per cent trade stocks, 10 per cent do online shopping, 12 per cent make electronic payments, and 13 per cent use auction sites.

"This is an extremely fast growing segment and there's been a global movement toward smartphone usage,'' Segal said.

The other phones on the top 10 list of most popular devices are the LG Rumour 2, Samsung U430, LG Banter and Samsung Gravity T456.

Blackberry's RIM will lay off 2,000 workers