Blackberry's RIM will lay off 2,000 workers 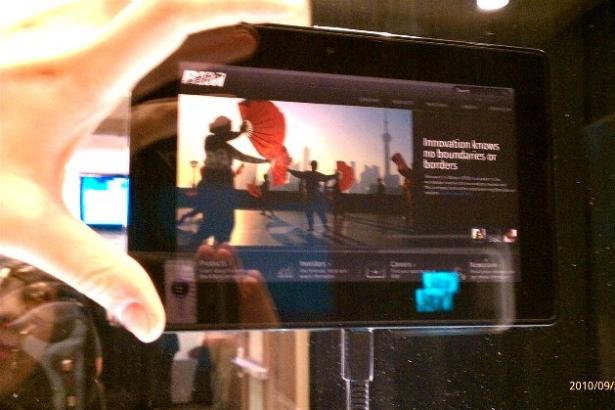 It's a tech jungle out there, and occassionally there are casualties. Canada's Research in Motion is the latest to feel the pinch of an increasingly competitve smartphone and tablet market.

WATERLOO, Ont. -- Research In Motion says it will cut about 11 per cent of its workforce this year, eliminating 2,000 jobs worldwide in an effort to save money amid an increasingly competitive smartphone and tablet market.

The BlackBerry maker provided the details on Monday, about a month after first revealing it would reduce its workforce by an unspecified number of jobs.

The job cuts are the largest in the Canadian technology icon's history and come after several years of rapid global growth and expansion.

"The workforce reduction is believed to be a prudent and necessary step for the long-term success of the company,'' RIM said in a statement before stock markets opened for the week.

"It follows an extended period of rapid growth within the company whereby the workforce had nearly quadrupled in the last five years alone.''

RIM, based in Waterloo, Ont., currently has about 19,000 employees across its operations -- so the latest cuts amount to 11 per cent of the workforce, much of which is located in southwestern Ontario where the company started.

Employees based in North America will begin to receive their notices this week, while those in most other countries will be told at a later date, the company said.

Any severance payments or other charges related to the job cuts are not included in RIM's second-quarter and full-year outlook.

RIM is facing off against a host of new competition in the smartphone market with the emergence of Apple's iPhone and smartphones with Google's Android operating system.

The flurry of recent competitors has hurt its share in the important U.S. market.

RIM's PlayBook tablet, which met expectations of selling 500,000 in the recent quarter, has received lukewarm reviews compared with Apple's iPad.

The company responded by launching a plan to reduce its costs, and started with a small number of layoffs in its hometown. RIM laid off an estimated 200 employees in Waterloo in late June, though the company declined to confirm the number.

RIM said it expects to provide more information on the latest round of layoffs when the company reports fiscal second-quarter results Sept. 15.

Queen's University School professor John Pliniussen said RIM has to reduce costs, increase revenues and change its business model all at the same time, which Apple is already doing.

"RIM is focusing on the first now, has been trying to do the second, but really needs to get new senior talent in to do the third,'' said Pliniussen, who specializes in technology and business innovation at the university's business school in Kingston, Ont.

The technology company is also making changes to its executive lineup that will give more responsibilities to certain people.

The company said that Heins' new role "is expected to both produce greater efficiencies and help accelerate new product introductions in the future.''

Research In Motion recalls 1,000 PlayBook devices due to faulty software