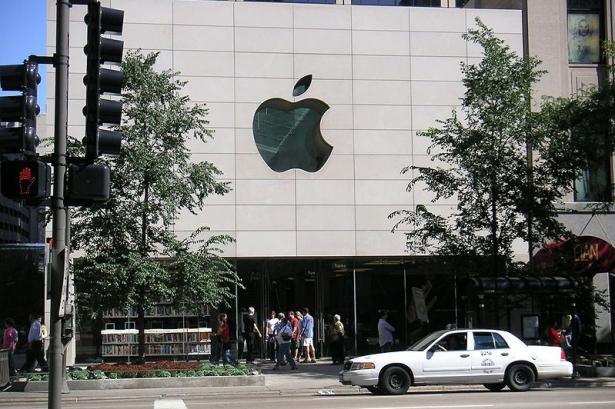 A fake iPad is one thing. A whole fake Apple store is another -- even if some of the stuff it's selling is real Apple merchandise.

China appears to have broken new ground in counterfeiting with the appearance of bogus tech shops.

BEIJING -- At first, it looks like a sleek Apple store. Sales assistants in blue T-shirts with the company's logo chat to customers. Signs advertising the iPad 2 hang from the white walls. Outside, the famous logo sits next to the words :Apple Store.''

And that's the clue it's fake.

An American who lives in Kunming in southern Yunnan province said Thursday that she and her husband stumbled on three shops masquerading as bona fide Apple stores in the city a few days ago. She took photos and posted them on her BirdAbroad blog.

The three stores are not among the authorized resellers listed on Apple Inc.'s website. The maker of the iPhone and other hit gadgets has four company stores in China -- two in Beijing and two in Shanghai -- and various official resellers. Apple's Beijing office declined to comment.

The proliferation of the fake stores underlines the slow progress that China's government is making in countering a culture of a rampant piracy and widespread production of bogus goods that is a major irritant in relations with trading partners.

China's Commerce Minister promised American executives earlier this year that the latest in a string of crackdowns on product piracy would deliver lasting results.

The 27-year-old blogger, who spoke on condition of anonymity, said the set-up of the stores was so convincing that the employees themselves seemed to believe they worked for Apple.

"It looked like an Apple store. It had the classic Apple store winding staircase and weird upstairs sitting area. The employees were even wearing those blue T-shirts with the chunky Apple name tags around their necks,'' she wrote on her blog.

"But some things were just not right: the stairs were poorly made. The walls hadn't been painted properly. Apple never writes 'Apple Store' on its signs. It just puts up the glowing, iconic fruit.''

A worker at the fake Apple store on Zhengyi Road in Kunming, which most of the photos of the BirdAbroad blog show, told The Associated Press that they are an "Apple store'' before hanging up.

The manager of an authorized reseller in Kunming, who gave only his surname, Zhang, said most customers have no idea the stores are fake.

Some of the staff in the stores "can't even operate computers properly or tell you all the functions of the mobile phone,'' he said.

"There are more and more of these fake stores in Kunming. Although they may sell real Apple products, some of those products were not imported through legal means. And they cost more.''

Fake Apple stores are a "particularly egregious example'' of brand piracy but their emergence is not surprising given the amount of product counterfeiting faced by corporations such as Apple, said Ted Dean, president of BDA China Ltd., a telecoms market research company.

He said a challenge for mobile phone companies and others selling branded products across a country as big as China is how to manage distribution, especially to smaller cities.

"And then, making sure people aren't copying it, faking it ... is absolutely a challenge,'' said Dean, who once saw a fake Apple phone in China that had an Apple logo -- but with no bite taken out of it.

Apple said this week that China was "very key'' to its record earnings and revenue in the quarter that ended in June.

Revenue was up more than 600 per cent from a year earlier to $3.8 billion in the area comprising China, Hong Kong and Taiwan, said Apple's Chief Operating Officer Timothy Cook, according to a transcript of a conference call on Tuesday.

"I firmly believe that we're just scratching the surface right now. I think there is an incredible opportunity for Apple there,'' Cook said.

The company plans to open two more Apple stores in greater China -- one in Shanghai and another in Hong Kong -- by the end of the year.