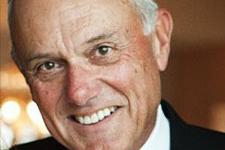 The strongest career move open to each of us, says veteran brand manager John Bell, is to build a personal brand. For the former CEO of coffee and confectionary giant Jacob Suchard, which is now part of Kraft Foods, a personal  brand helps differentiate one person from their competition, just like Starbucks is different from Tim Horton's. Bell has accumulated nearly four decades worth of marketing and branding experience, working with companies like Campbell's and Pfizer boost their profile and profit.

“What I really like is the idea of a person thinking about their strengths and weaknesses in a brand context, and doing something about them," Bell says.  "Early in our careers, we’re trained to improve on weaknesses and we tend to be absorbed by this. Even the structure of the annual review is biased towards areas of improvement, which basically is a way of itemizing one’s weaknesses."

Towards the end of his career as a CEO, Bell started looking instead at people’s strengths. He said his company had a marketing guy who always made mistakes on proposals. His additions were sometimes wrong or there would be typos, and his boss brought this up during his reviews. But he was the company's most creative marketer and Bell said he told his boss ‘this guy is so valuable to us, he’s the most creative marketer, so let’s tell him that. Give him assignments that will really utilize his strengths.’"

When you tell people what they're good at, they get better at it. The marketing guy ended up making the company a lot of money and his shortcomings were solved by giving him an assistant with a keen eye for detail.

"By the time you’re in your early thirties," Bell says, "you should really be building on your strengths. Inside a company, let’s say one that prides itself on innovation, you better have some traits that add value like creativity, new ideas, skills in lateral thinking and so on."

Bell says that when changing jobs or careers,  having a strong personal brand helps make the transition smoother.

"There’re a lot of ways to skin a cat," he says, "but the key to personal branding  is to be different."

Bell now splits his time between his two passions: fiction writing (he’s currently looking for a publisher) and brand consulting with Sprucefield Management.