Though Railtown is what you might call a "transitional neighbourhood", Domain7 has only been robbed once. Kolke says that a burglar somehow contorted past a set of window bars and in through a slightly-open transom, making off with a computer monitor. Presumably it was the only thing that could fit back out. The monitor had been slated for removal anyway, says Kolke: "everybody won on that one."

If you crave good food, you're in luck. At the heart of the 'hood stands the Railtown Cafe, home of the most comfortable comfort food. Eshpeter calls it "an absolute epiphany, potentially the best lunch spot in the whole city." The queue out the front door during the lunch hour seems to back this up. 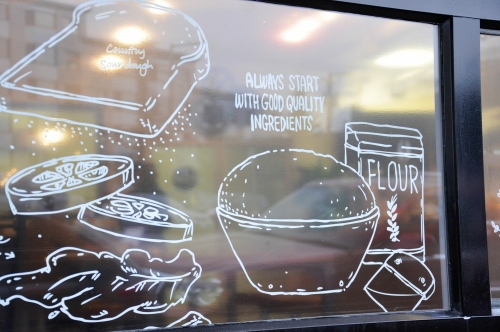 Adds Kolke, "They do amazing things with beef brisket."

Railway St. is also a thoroughfare for food trucks. We availed ourselves of Super Thai, which shows up Mondays. Try the Pad See Ew, and load it up with four different types of spicy sauce. Yes, this includes Rooster Sauce. 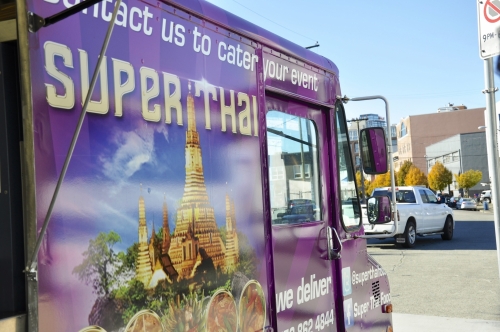 Kolke says that Wednesday is the best food-truck day in Railtown, heralded by the comet-like arrival of Le Tigre.

Further toward Gastown you'll find Deacon's Corner, a no-BS diner on Alexander and Main. They've expanded into dinner and t-shirts.

If we color outside the lines, we can include Big Lou's Butcher Shop, on Powell and Gore. If you're too uncool for East Van, don't despair: Big Lou's sandwiches can also be found at Betty at The Burrard.

Vancouver Observer's Food Editor Lee Carney suggests turning your excursion to Railtown into a full-on culinary whistlestop tour by including Bestie for currywurst, and Pidgin in Gastown: "The protestors have moved on."

Once the work day is done, you can put down your tools (digital or industrial) and head for an early-evening drink.

On Alexander and Main, you'll find the Alibi Room, home to a staggering selection of draft beer as well as a small but tasty food menu. The Alibi Room is an enthusiastic booster of local breweries, and also serves up some remarkably tasty fries.

Strange things happen to mobile phone service in the basement, though, depending on your carrier. (Of course, you could pretty much say that about everywhere in the city.) 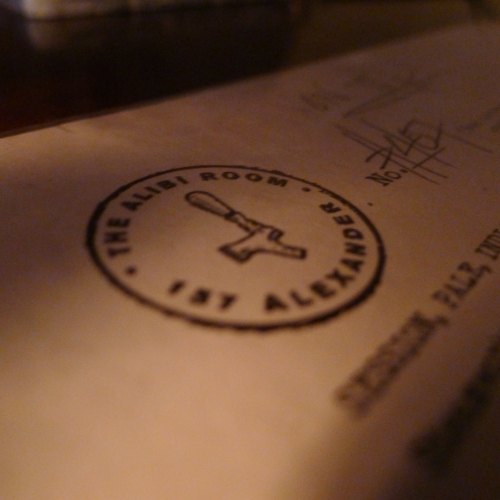 You may be hearing of it for the first time, but this place gets packed, especially on Thursday, Friday, and Saturday evenings. Don't let the staff's hipster attire fool you: having gone here for years, I've always found the service to be friendly and enthusiastic. The gentlemen from Domain7 agree: "It's a welcoming place," says Kolke.

(Fun fact: Among the Alibi Room's original owners were Gillian Anderson, Jason Priestley and Tom Skerrit: it was the second location of a Seattle watering hole. It is now owned by Raya Audet & Nigel Springthorpe, whom you'll often find committing acts of customer service.)