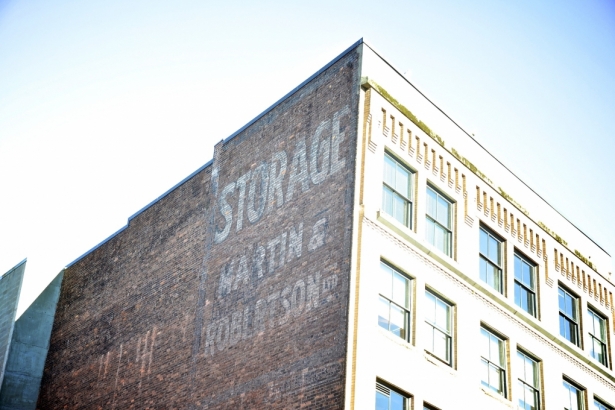 A taste of Brooklyn in Vancouver: Welcome to Railtown.

"Artists take something blank, and give it meaning." So says Jordan Eshpeter as we sit on a rooftop eating Thai takeaway from a food truck. Eshpeter and Tim Kolke, his colleague at Domain7, are my guides in Railtown.

To visit Railtown is to take a journey through time and space. Step from Vancouver in 2013 to Brooklyn in 2000: an industrial-chic canvas where you can make your mark on a still-developing corner of the city.

Historians often frame artists as gentrifiers, but there's a flip side: creative types get pushed to the fringes, which they then reinvent to suit their needs. Necessity is the mother of invention.

Back in the day, Brooklyn's DUMBO neighbourhood was, to the casual eye, an industrial wasteland. However, startups, artists, and galleries were calling it home; reclaiming the cavernous warehouse spaces and storefronts between the Williamsburg and Manhattan Bridges. Today, to walk DUMBO's cobbled streets is to rub shoulders with the creative elite and the hipsters who love them, and the once-empty storefronts are home to bars, restaurants, banks, and high-end apartment building lobbies.

So it goes with Railtown: this tiny 'hood is pretty much Strathcona's hat, defined by Columbia St. to the east, Heatley Ave. to the west, Alexander Street to the south, and of course the railyards to the north. This little 'hood will change, though, so check it out while it's still a bit raw. Because next come the condo towers, banks, and chain stores.

Eshpeter, Domain7's Biz-Dev & Marketing Lead, says that the company's move to Railtown was serendipitous: the search for a larger space brought them to where Domain7's energies could flow more freely as they shifted into more creative work. Kolke, Project Management Lead and Strategist, puts it a bit more metaphysically: "Railtown kinda chose us."

Domain7 moved into a storied space at the corner of Dunlevy and Railway: the open-plan office formerly occupied by Hootsuite. Besides the industrial-chic decor, the building also boasts a serene rooftop oasis from which to enjoy a sunny coffee break or lunchtime. 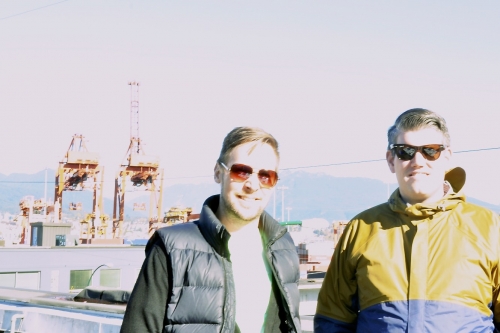 Since it hasn't hit critical mass yet (or gotten played out, depending on whom you ask), Railtown is still light pedestrian traffic. Do not mistake that for "boring", though. Railtown isn't a window-shopping neighbourhood: it's an urban-exploration neighbourhood. So let's explore.

On this map you will find everything mentioned as we scour the streets of Railtown, along with a few hidden gems. This map of Railtown is part of a larger project called Vancouver for Locals.

View Locals-Only Map of Vancouver in a larger map