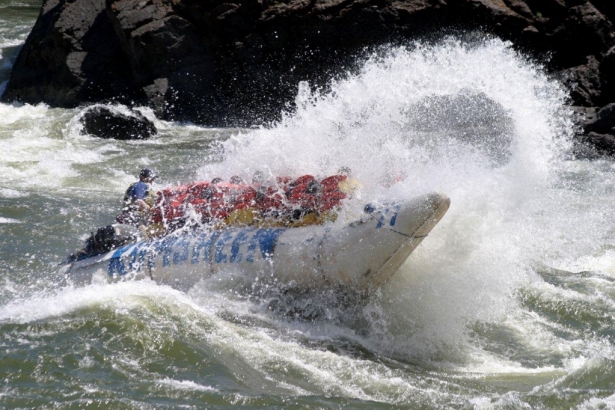 The beauty of the Thompson River at Kumsheen Rafting Resort can astound you—and its power can zap you in seconds.

Forty years of my life and livelihood are interwoven with this magnificent river. I have travelled its rapids, hiked its shores, marvelled at it from the highway, and studied its history.

My first rafting trip was journeying 8-miles from Spences Bridge to Goldpan Provincial Park on June 10, 1973, at high water. That year, as spring flowed into summer and the water level receded, I saw a new river emerge. When the water level lowered and warm water replaced the melting snow, boiling rapids disappeared and fresh torrents surfaced. 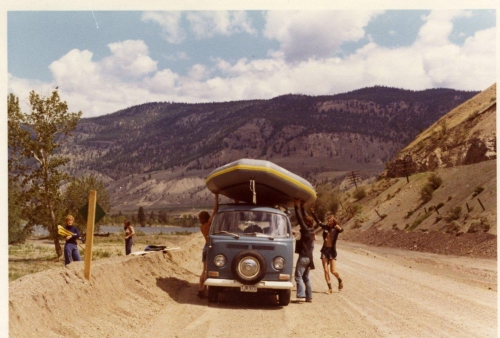 In the fall, the rapids morphed into the most amazing stretches of whitewater imaginable—stunning in every respect. The river hosted millions of salmon, hundreds of anglers, and myriad birds and wildlife. I was smitten. 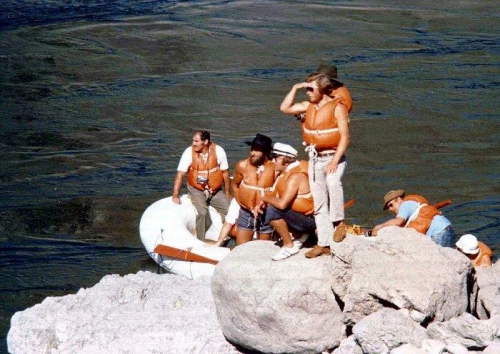 In mid-Summer 1973, I decided to make my first run down the lower Thompson and the river’s biggest, wildest rapids. I recruited several Lytton friends and we launched, slipping down the river, bouncing from rapid to rapid.

When we entered the Jaws of Death Rapids, the bottom fell out of my world. We plunged 8 feet and a huge, towering wall of water surged above us, smashing down into our raft. Looking up, on that hot, hot day, I could see sun shining through the crest of the wave. It struck with such force, I didn’t know if we had flipped, crashed, or been jettisoned overboard. 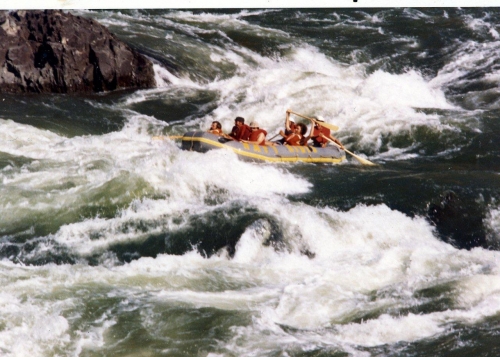 Crazily, we popped through the other side. The raft was awash but we were intact and right-side-up. We had conquered the Jaws of Death. From that day forward, I was hooked on whitewater.

Figuring out the Rapids

To a river-runner in a raft, canoe, or kayak, quickly identifying what is happening in a rapid is vital. An experienced eye instantly knows where the main channel flows, the location of the major and minor obstacles, and how to maneuver a craft through the hazards.

In difficult rapids, it is common to stop, scout, and select a route before running the fast-moving water. 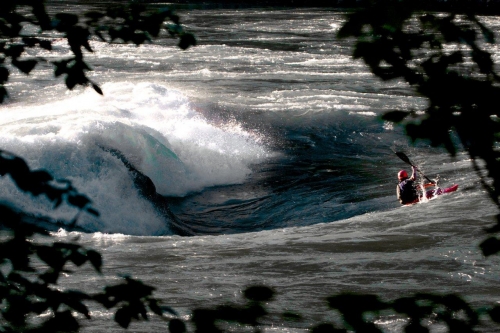 In 1828, the very first recorded descent of the Thompson, Jean Bernard—the most experienced river guide in Canada at the time—lead an expedition of canoes and a dory-like boat down the river for George Simpson, Governor of the Hudson’s Bay Company. The only section of the river that Bernard stopped to scout was through the Devil’s Gorge, the continuous stretch of rapids at the onset of those last 16 churning kilometres. Here is a description of their run from my book, British Columbia’s Majestic Thompson River.

“The three boats pitched their way down the river, the crews struggling to keep it upright and in control. The dangers were many: swamping the boats (which they did), flipping and capsizing, breaking their crafts’ spines on submerged hazards, being catapulted out of their boats by the river’s sudden drops and heaves, or simply being smashed to pieces on the rocks and cliffs that were present almost every inch of the way…Simpson’s voyageurs prevailed.” 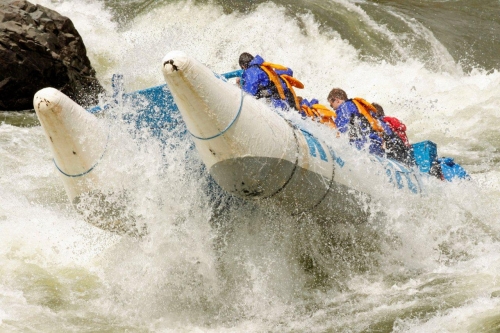 The Simpson expedition had a right to assume a self-congratulatory tone after surviving a first descent of a treacherous river. One hundred forty-five years later, euphoria overwhelmed me after conquering the Jaws of Death on my first descent of the Thompson River. 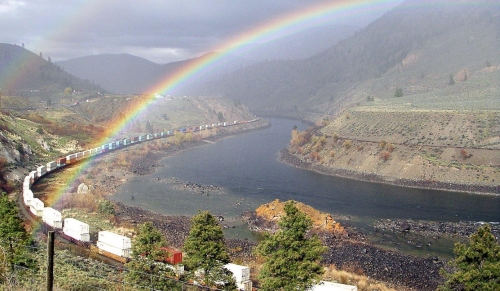 As I guide whitewater rafts down the Thompson River for Kumsheen Rafting Resort, guests frequently ask, “what causes rapids?” I developed a quick, simplistic answer and an easy way to remember – the letters of the word cove.

Constriction: When a river squeezes into a tighter channel than normal, the water can turn on itself, creating energy that erupts in boils and whirlpools.

Obstruction: Most commonly caused by underwater rocks or bedrock outcroppings, obstructions are anything that causes a sudden change in the direction of the current.

Volume: That is changes to the amount of water that normally flows in a river channel. Events such as spring runoff from melting snow or a sudden rain deluge often fills a river from bank to bank. When the volume is excessive, the result can be capricious.

Elevation: That is the gradient of a river. The steeper the gradient, the faster the river flows and the bigger the rapids.

Typically, a combination of factors creates a rapid. The dynamics of the Jaws of Death Rapids combine all four causes—creating the most explosive rapids on the river, especially during high water in June and early July. 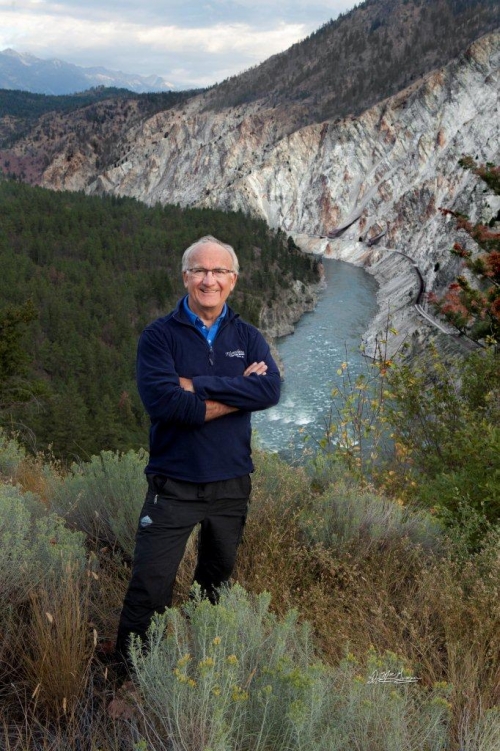 Bernie Fandrich, a pioneer of the whitewater rafting industry in Canada, has a passionate relationship with the Thompson River that began in 1973. A former university instructor and co-author of an earlier Thompson River guidebook, Bernie and his family continue to share the river’s rapids and stories with enthusiasts of all ages at his Kumsheen Rafting Resort near Lytton, BC.

For four decades, Bernie has studied the history and the natural history of the Thompson River Valley. From the flora and fauna to the geological landforms, his expertise is exposed in his second book British Columbia’s Majestic Thompson River.