I’d heard that the motto for Portland was “Keep it weird,” but I was just about to get acquainted with how deep weird goes. 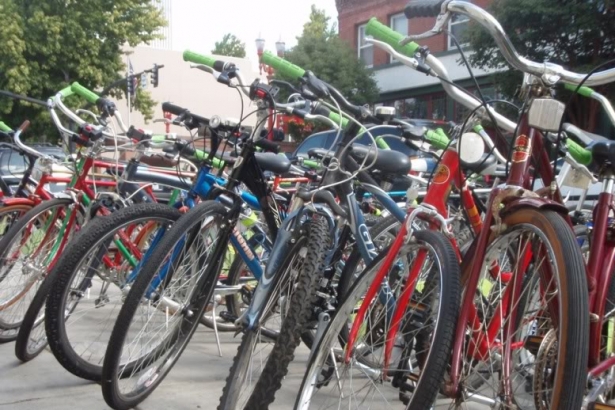 Sky runs Velo Cult, and I guess that about says it all—I’d never met anyone named Sky before. I’d just wheeled my hotel three-speeder directly into his bike shop, and Sky thrust a mug of brew in my hand before I could say, “Hi, I’m Jason and I’m writing a travel story.” Beer in hand, we commenced the tour of Velo Cult (one of Portland’s anchor bike/brew shops). I’d heard that the motto for Portland was “Keep it weird,” but I was just about to get acquainted with how deep weird goes.

Where the Young Come to Retire

In America, Portland is known as a hub for the liberal slacker class. It carries a disproportionate share of over educated and under employed youth working part-time jobs and otherwise haunting its home-grown brewpubs on bicycle. Perhaps this helps explain Portland’s great reputation for bands, brews, and bikes. But, walking into Velo Cult, I didn’t expect to find all three so well represented. 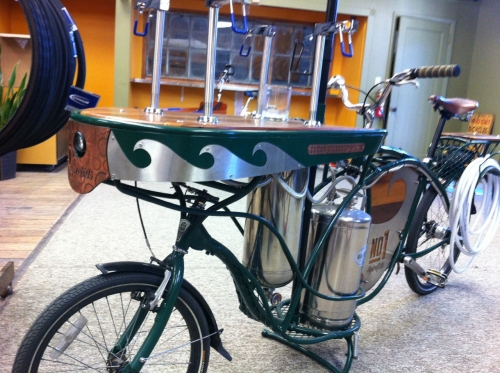 While one weekend alone is insufficient to do Portland justice, Velo Cult provides a form of one-stop shopping. Bicycles leaned from the walls and, opposite several bicycle repairmen at work, local cyclists idled at the long bar. The shop contained the usual cycling accoutrements – gleaming new bicycles (such as my favourite: the Raleigh Port Townsend, a randonneur­ style touring bike) and slick accessories (like Brooks’ saddles), but I’d never been into a cycle shop with indoor bicycle parking, a long bar, a photo booth, a bicycle museum, and a stage (concealed by a drawbridge, which Sky was happy to demonstrate for me). This is cycling à la Portland!

By locating myself centrally in the Pearl District (just across the Burnside Bridge to downtown), I could easily set out on cycling excursions short and long. I was well located in Portland’s, er, five quadrants. I decided to try out the new Hop in the Saddle package, which included a room at the Jupiter hotel, a bucket of Rogue beer in my room, two complimentary bikes (with Nutcase helmets), and of course, a Hop in the Saddle bike and brew pub guide book. 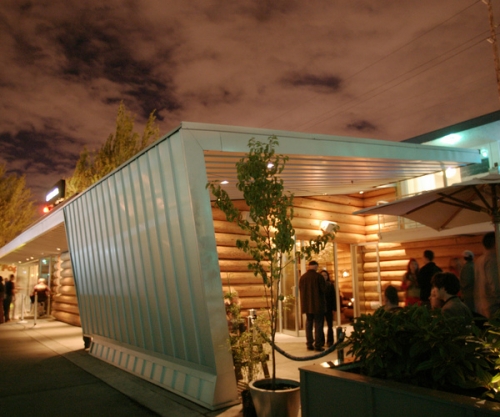 The Jupiter Hotel is a mid-century modern motor inn, hipster-ified into a mid-town boutique hotel. It’s cool; the people are beautiful; and the courtesy bikes on the property are so convenient (although you’ll need to supply your own lights if you want to stay out past dark). In truth, the bikes are big and sluggish, so anyone with serious cycling aspirations should bring his or her own. The city’s so much fun for cycling that to be with anything less than a delightful bicycle would rob you of the full experience.

I used my Hop in the Saddle guidebook to get started but found, as a non-local, that the maps it contained were hard to follow. Instead, I followed Sky’s recommendation to get the official Portland cycling map (available at most cycle shops). While any guide is helpful, the very best way to assess the popularity of a given pub is by its crowded curbside bicycle rack.

From the Jupiter hotel, I set out by compass point in my own dumbed-down version of the guides. Here’s what I found in a couple of days of cycling. 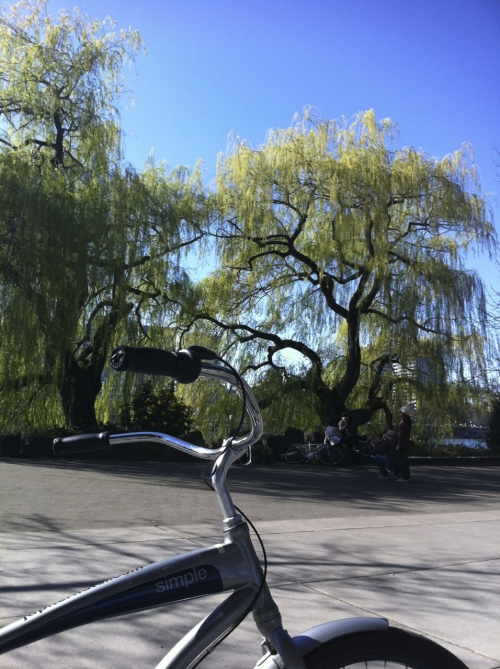 Go West – Cross the bicycle-friendly Burnside bridge to downtown, Chinatown, and Powell Books, which claims to be the largest bookstore in the world.