We're looking at humanized robots, but their design celebrates their machine qualities as well. Nikolas Badminton, principal at DesignCultureMind, sees this aesthetic as the future of friendly robotics: “Smilies and emoticons are much more effective at delivering emotion from a robotic source than it would be to actually have something that looks and feels like a human.”

Actually getting a robot to look and feel human is... well, we're just not there yet, are we? Apologies in advance for the nightmares that this hospital training robot will give you. 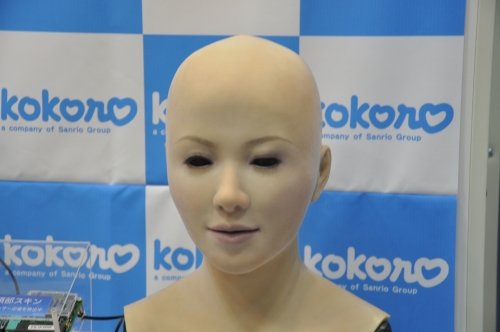 This... thing is made by Kokoro, a division of Sanrio. As in, Hello Kitty. Horrifying though it may be, this robot is a force for good in the universe, allowing medical students to practice ear, nose, and throat procedures on a human body that moves and reacts. 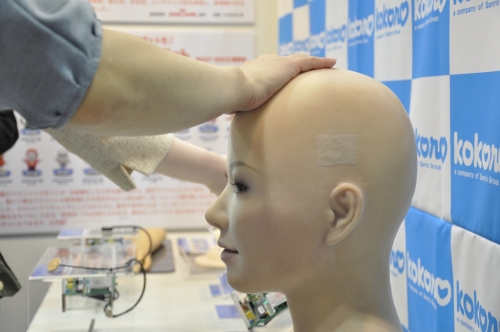 Scariness is often in the eye of the beholder. For example, consider this robot panda. It looks sort of eerie just sitting there, but it didn't just sit there. No, this panda-bot insisted on rocking back and forth while speaking in a child's voice. I'd show you video footage of it, but I'm afraid that it'd be like in "The Ring" and kill anybody who watched. 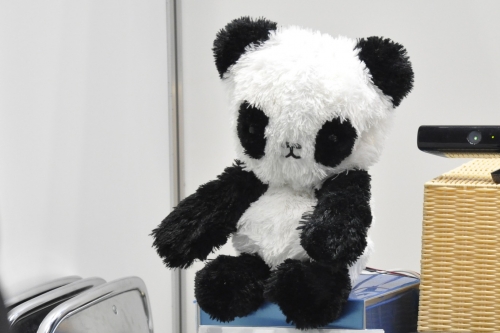 The scariest robot in Tokyo was not lurking in the social robotics zone. Instead, I found it in the industrial zone. Here you find massive robotic workhorses that can lift and manipulate a car chassis with alarming speed and surprising silence.

Advances in robot software allow for surprising grace, when the manufacturer deigns to consider such things. The elegance of a cutting-edge manufacturing robot's movement is beautiful to behold.

I saw several giant disembodied arms at iREX, used for everything from stacking to spot-welding. Failure scenarios for robots such as these can capture the imagination, but I wouldn't consider them scary. 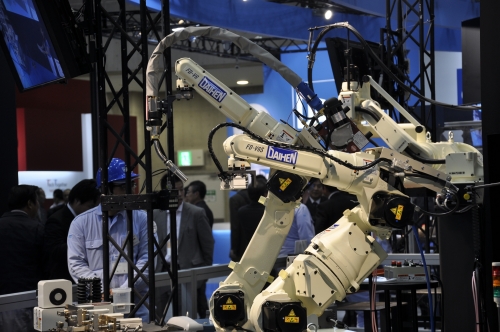 The scariest robot in Tokyo is actually quite cute. What makes it scary is that its very presence implies. This is the robot that's going to take your job. 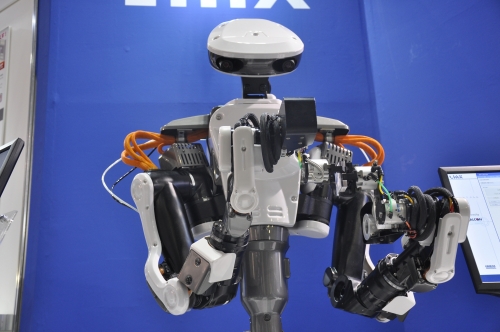 It has articulate arms that can support various manipulators, and its dexterity is improving with every software rewrite and hardware advancement. They're doing amazing things with hands these days. 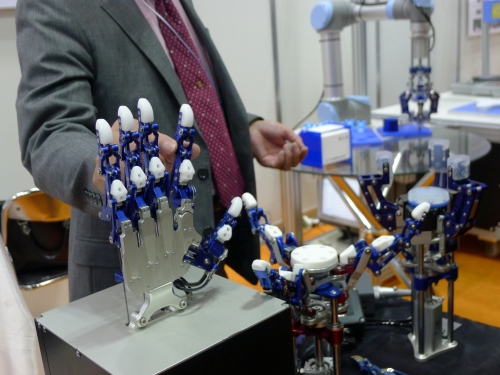 This robot can work tirelessly on an assembly line. It has no legs, as it doesn't need to take a smoke break or use the toilet or go home to a family.

Ideally, robots will replace humans in performing tasks that we’re unable to do. The cleanup at Fukushima Daiichi springs immediately to mind, as do the heavy-lifting tasks in elder care as populations age.

Not too many nurses will complain about handing this task to a robot: 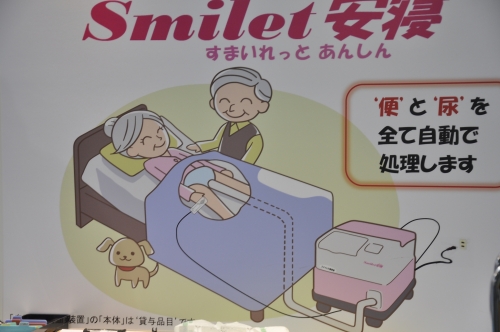 It will not stop there, though. Business leaders have already figured out that a robot doesn’t take sick days or join a union. That's why iREX exists in the first place.

The notion that the ongoing robotics revolution will actually create new jobs is simplistic at best: if a chunk of the manufacturing workforce gets replaced by robots, what, exactly, will they be doing next? Right now, nobody has come up with anything beyond “Oh, something futuristic, I imagine.” At some point we must address the inescapable fact that our ability to invent has taken us beyond the economic systems that we conceived so many centuries ago.

Robots are not the result of an advancing society, but a symptom of it.

The theme of iREX 2013 is "Building a Future with Robot", and that's exactly what we're doing.

Robots still capture the imagination, and open new pathways of communication. The majority of robotics deals with industrial tasks, but who doesn't want a robo-puppy? As we program the puppy-bot to fetch, we should take a moment to consider the radically different future our robots will enable. That future is already happening.