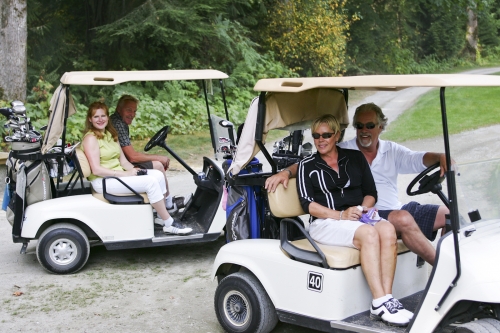 After stopping at Hole 10 to look for the massive eagle nest sitting 145 feet up in the huge Douglas Fir, and being tempted by what Betty Anne called the best Bratwursts she’s had being sold at the food stop, we came across some young lads out for a round. 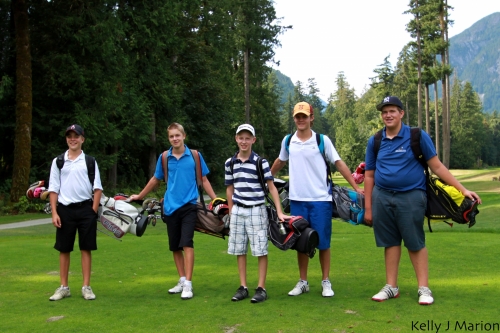 It was nice to see that the demographic of golfers was vast and that age doesn’t necessarily determine who the hacker with tree shots is, and who the pro is. 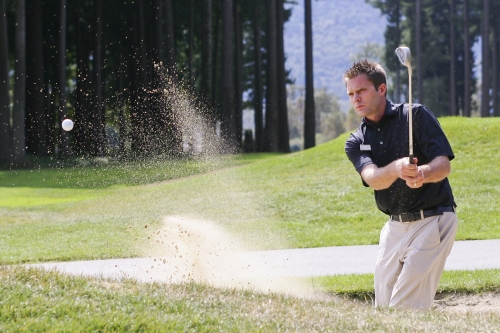 Another notable thing about the golf course is the Sasquatch footprint at their signature hole #15. The three toes (although Betty Anne thinks they probably have more) make up the sand traps.

What makes Rowena's Inn on the River stand out from other bed and breakfasts is not the view and the incredible golf course attached (although perks) but their attention to detail. Waiting in each room upon arrival is some chilled wine and a cheese and fruit plate-- I couldn't think of a better way to escape my do-it-yourself ways and relax. 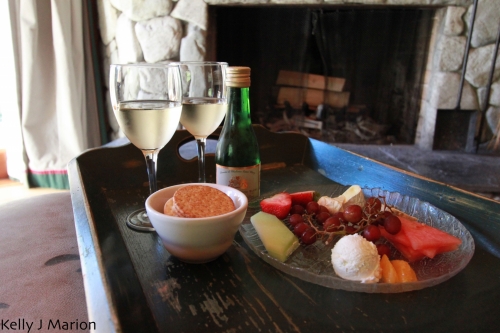 The pre-prepared fireplace, cards, board games and iPhone compatible stereo kept us cozy, relaxed and entertained all night long. And if that wasn't enough, the bathroom boasted a Jacuzzi tub with candles and a skylight to further set the mood. 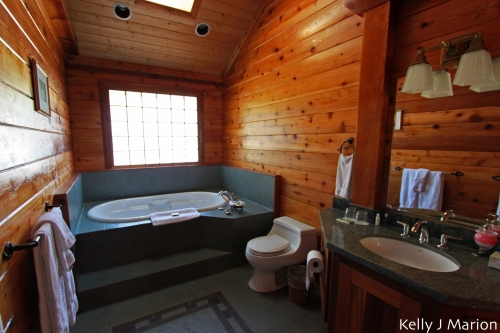 Since we slept in the cottage and not the Inn we were curious as to what the rooms were like inside the beautiful house. Before our afternoon tea, Betty Anne took us on a tour explaining to us about the antiques, her family and how Rowena's Inn grew to be.

We explored the house learning about how the Inn developed to its current state from when her parents bought it in January of 1924 from the Jackson’s Estate. Due to poor connecting roads to the estate, her parents would travel from Vancouver by train, paddle their canoe up the river, work on the place for a couple of days and journey back to Vancouver. Exhausted by this routine they finally decided to move there.