A BC woman was on the trip of a lifetime, exploring jolly old England, when she discovered that her iPhone, which she had been using to take photos of her trip had been stolen. Read on to find out how she solved the crime and found her phone once she had already returned home to Canada. 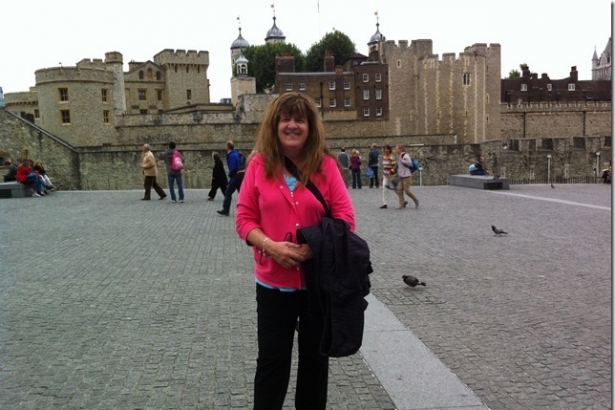 Linda Sieben standing outside the Tower of London on her recent trip to Great Britain. A photo she has recovered since finding her stolen iPhone photos while on vacation.

Linda Sieben, a Pitt Meadows woman,  was off on the adventure of a lifetime. She spent four weeks travelling in Great Britain, a trip she'd dreamed of going on since childhood. She explored her family roots in Edinburgh, kissed the Blarney Stone, visited Stonehenge and dined in an ancient British castle. 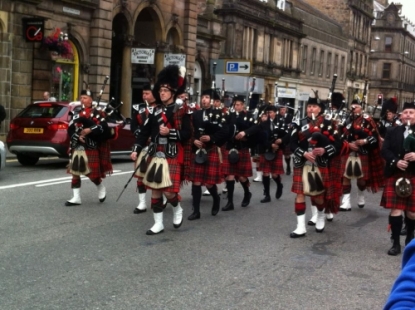 It was a dream vacation.

In London, she prepared for her flight back to Canada. It was then she discovered that her iPhone, with all her photos from the trip, was missing. She searched the hotel room for the phone, but there was no sign of it.

Sieben returned back to her home in Pitt Meadows, BC, disappointed that the 2,000+ photos of the vacation that she had been excited to share with family and friends were never to be seen again.

"I was ready to say, oh well it's gone" says Sieben, but it wasn't until her daughter, Shawna, logged onto her mothers computer to check the iCloud stream from her phone.

iCloud is a feature from Apple that stores all the content of your iPhone and allow you to acess it from any device, such as your computer.

That was when a glimmer of hoped appeared that Linda would be able to recover her lost photos and have a chance of get her phone back.

"My daughter was like, 'No one is going to get away with this' and a couple days into it, stuff started showing up," said Sieben.

Her daughter kept a watchful eye on the iCloud stream and began noticing peculiar photos of people that she did not recognize.

Photos appeared of a mysterious man and a young woman in a British flat.

Soon enough the person who had the stolen phone began uploading personal information such as their name, appointments and even updated their current location, which was all visable to the Sieben's back in Canada.

Sieben contacted police in Lancashire, England who began a search for the Canadians woman missing phone. Armed with a photo and a name they knocked on doors in the area looking for the person who they suspected had the stolen cell phone.

The phone is now being flown back to Sieben from Lancashire, England to Pitt Meadows, Canada. The Lancashire police department are even including a postcard to show Sieben where her phone travelled with out her.

“Thankfully we got a police officer on the other end who was determined that I wouldn't have a bad experience and said that he wanted to make sure that I had a good trip and knew that generally, people in Great Britain are really nice”.

Sieben plans to send a post card from Vancouver back to the British police officer who helped her, “so that he can see the city that the phone originated from”.

About the experience Sieben says “I learned that technology is really great, I was ready to give up hope of getting it back and if it wasn't for my daughter I would have”. 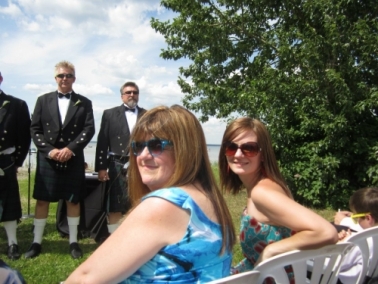