Vancouver, British Columbia, is home to some of the country's best art galleries, featuring international and local, classic and contemporary art. For a vacation filled with inspiring sights, plunge into the arts and culture scene by touring the best art galleries in Vancouver. 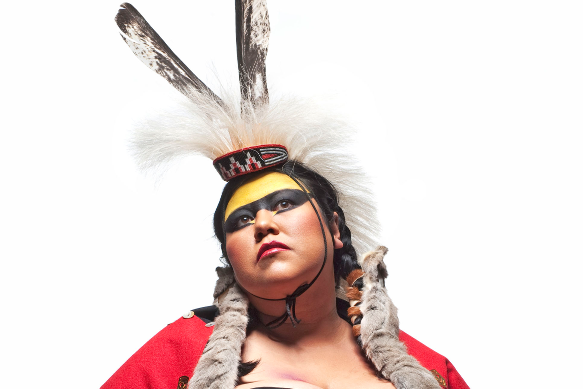 The Vancouver Art Gallery shows a bold mix of tradition and modernity with its "Beat Nation" exhibit on aboriginal visual art. Skeena Reece in Raven: On the Colonial Fleet by Sebastian Kriete.

The Vancouver Art Gallery's permanent holdings include Stan Douglas,  Henri Matisse (numbering over 10,000 works), and the work of the British Columbia painter, Emily Carr. Carr's iconic work emerged in the 1920s and she became British Columbia's best known painter. She travelled the coast and lived among first nations people, rebelling against gender norms.  Her sensual landscapes capture the light of the dense British Columbia rain forests and the fecund beauty of Vancouver Island's coast. Carr's conception of nature has been described as a "god-like" vehicle for human enlightenment.

Vancouver Art Gallery also features works by artist Lawren Harris, who was a friend of Carr's.

From Carr and Harris move on to the "Beat Nation: Art, Hip Hop and Aboriginal Culture," a juxtaposition of Aboriginal art and urban youth and pop culture. These graffiti murals with Haida figures or working turn tables carved out of Canadian wood are wonderful as is the "Lights Out! Canadian Painting from the 1960s," also at the Vancouver Art Gallery.

The Vancouver Contemporary Art Gallery is the only free independent non-profit contemporary art gallery in Vancouver and is located in Yaletown,  currently showing three exhibitions: large-scale drawings, a video work and an installation piece.  Those looking for art that has an edge will want to check it out. Previous exhibitions have included everything from video installations to etchings to robotic chairs. 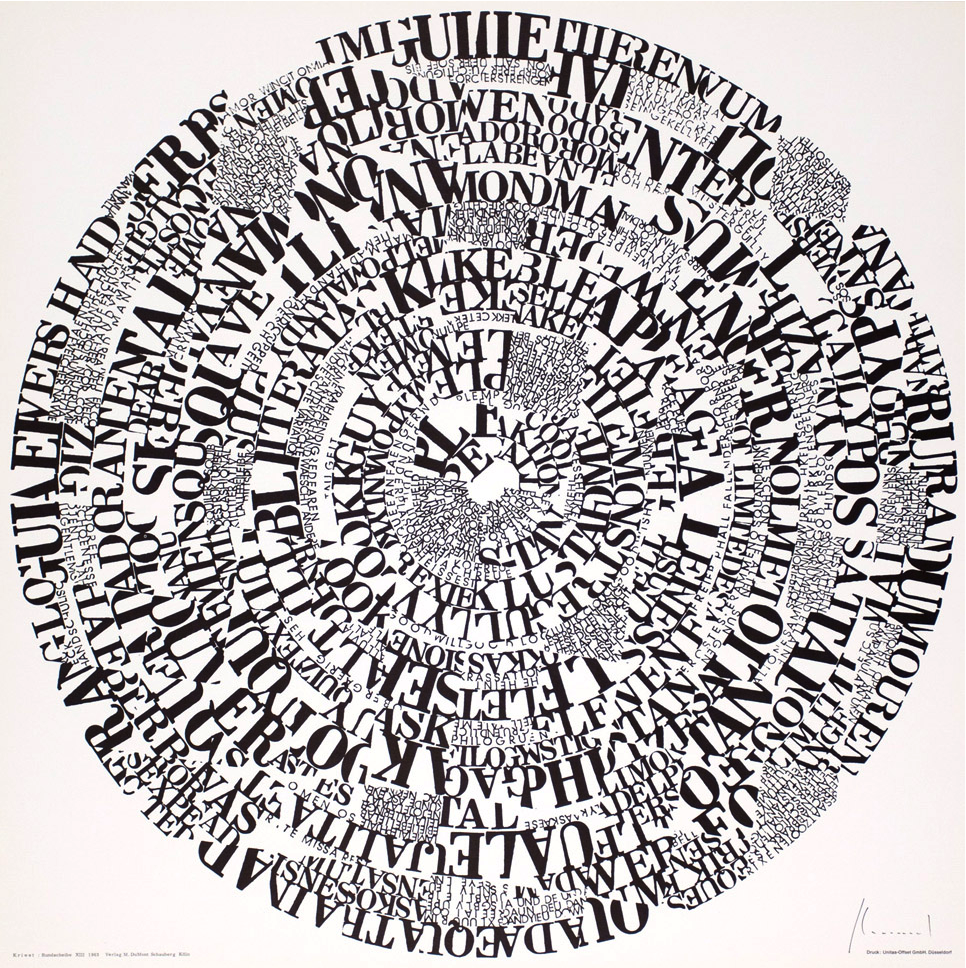 If the Vancouver Contemporary Art Gallery leaves you hungry for more interesting and evocative art, visit the Morris and Helen Belkin Art Gallery. Specializing in modern art that challenges the status quo, the gallery provides ample inspiration for cliché-plundering, beret-wearing art students, as well as the rest of us.

With a particular focus on avant-garde work from the 1960’s and ‘70’s (and what wasn't 'avant-garde' in that era?), such as Ferdinand Kriwet, this gallery’s Universal Art collection is the third-largest public art collection in BC. Its March temporary exhibit is “Letters”, a feature on concrete poetry pioneer Michael Morris.

Next on our Art Gallery Tour is Equinox Gallery Winsor.  This gallery represents seasoned artists and newcomers alike. Admire the classic pop art of Roy Lichtenstein and Andy Warhol, or check out emerging local works such as Erin McSavaney's highway impressions and Sonny Assu's installations. This art gallery is an ideal  place to discover Canada's artists.

McSavaney’s paintings offer a feather-light twist on the classic landscape, while Assu’s works serve as biting political commentaries on the treatment of the Canadian Aboriginal community. 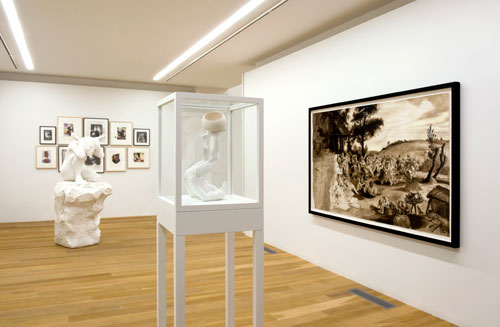 Located at the Wing Sang on Pender, a Victorian Italianate structure and Chinatown’s oldest building, the Rennie Collection at Wing Sang focuses on “works related to identity, social injustice, appropriation, painting and photography.”  Rennie Collection at Wing Sang currently features collected works by Canadian artist Damian Moppett, whose photos, illustrations and sculptures—such as the “Fallen Caryatid,” whose marble hands grasp at nothing—have earned him prestige on the world stage.

Rennie Collection at Wing Sang also carries work in the permanent display like “Work No. 851: Everything is Going to Be Alright” by Martin Creed, a neon light fixed at the top of the Wing Sang. Also in the permanent collection is “Untitled Striding Figure (1)” by Thomas Houseago and "Two Half Cylinders" by Dan Graham. If you're serious about art, make an appointment ahead of time to go through the Rennie Collection, and don't miss both the building itself as well as the work inside it, collected by Bob Rennie, one of Vancouver's top condo marketers and leading advocates for the arts.

Centre A, Vancouver, BC

China is not just an economic superpower, but a rising force in the contemporary art world. Chinese artists, released from the stifling restrictions of the Mao era, have taken on visual art with a renewed vigour. To get a glimpse of the provocative Chinese art works that have taken the world by storm, check out “Yellow Signal: New Media in China.” This collection of conceptual video and multimedia works by Wang Jianwei and Kan Xuan shows contemporary Chinese life for what it really is, right now.

Gallery Centre A premiers “Yellow Signal” on March 17, among the other international, modern Asian art on display. 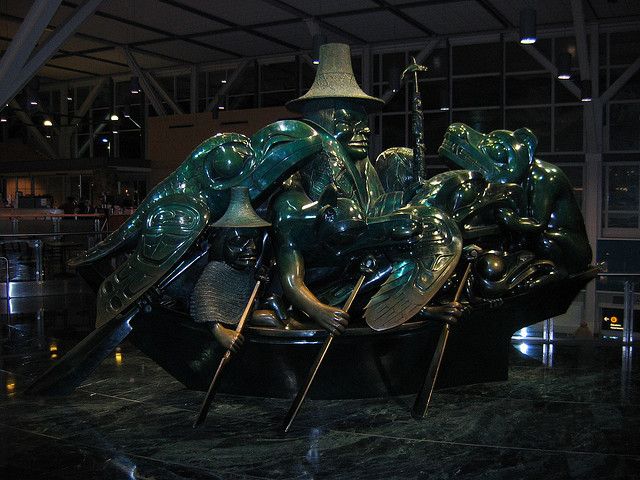 If you've had a taste of the Native works on display at the Vancouver Art Gallery and long to see more, visit the Bill Reid Gallery. The gallery is home to SFU's collection of works by Haida artist Bill Reid, one of Canada's greatest artists, and is only a block from the Vancouver Art Gallery. Reid is an acclaimed master goldsmith, carver, sculpter, writer and spokesperson.  He was born to a Haida mother and a European father in Victoria, BC.

You've probably already seen Reid's Jade Canoe on the back of a Canadian $20 bill.  Be sure to take time on your way out of Vancouver to view his work near the food court in the international wing of the Vancouver International Airport.

People often forget that art isn’t exclusively about sculptures, paintings and other static forms. Feel like an origami workshop? Attending a slot car race tournament? Getting any of your worldly possessions painted bubblegum pink at no cost to you? Western Front, on East 8 Ave, hosts events like these on a weekly basis. 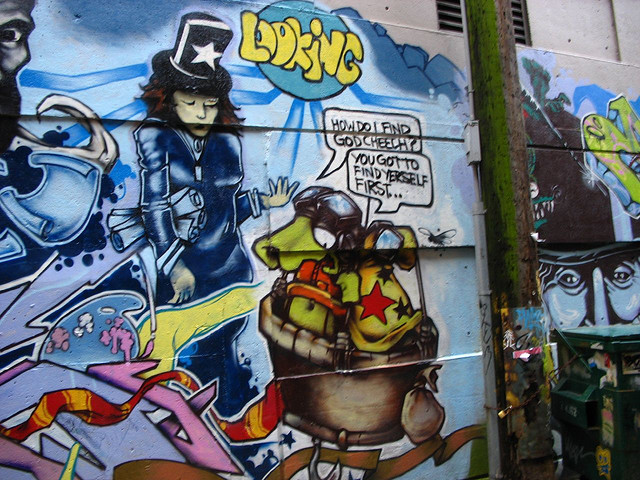 Like with any cultural metropolis, it's the artists that make the city unique, and Vancouver can't keep its cultural creatives from spilling art out of the galleries and onto the streets themselves. In between your art gallery tour, be sure to check out the art on the walls of Vancouver's most colourful neighbourhoods—for instance, the Downtown Eastside, or Gastown. Beautiful art is everywhere to be seen in this city.

See more
In India, the crowds are getting louder
1989 Montreal Massacre was an anti-feminist attack, period.