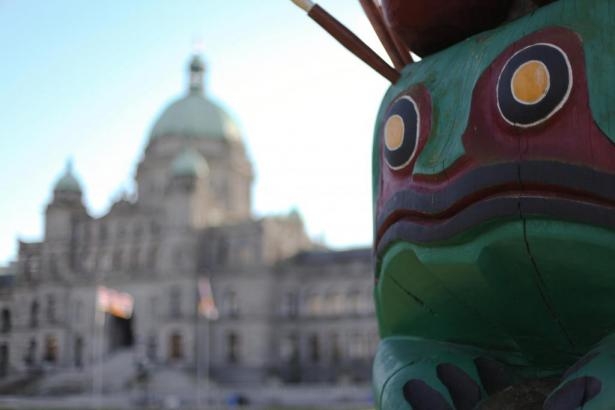 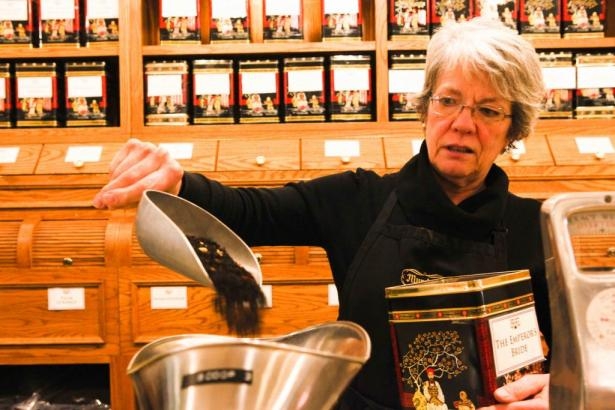 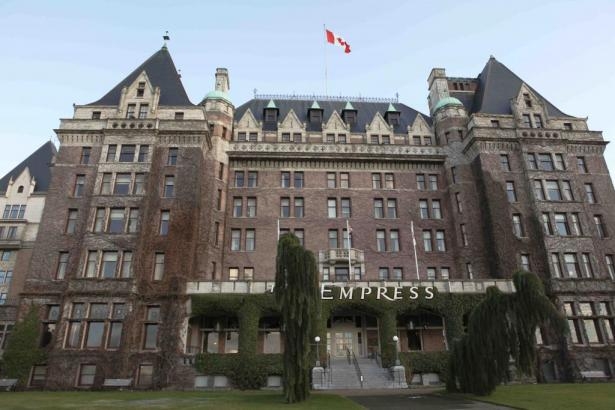 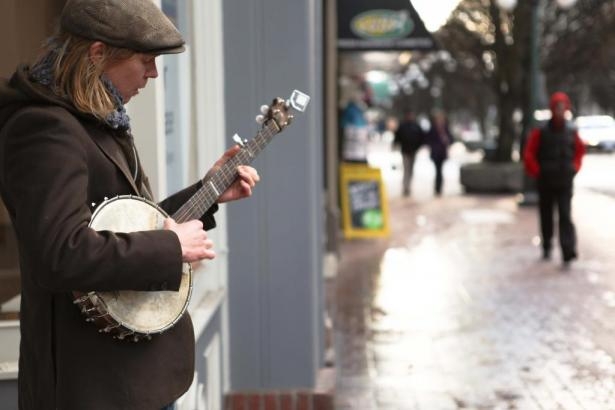 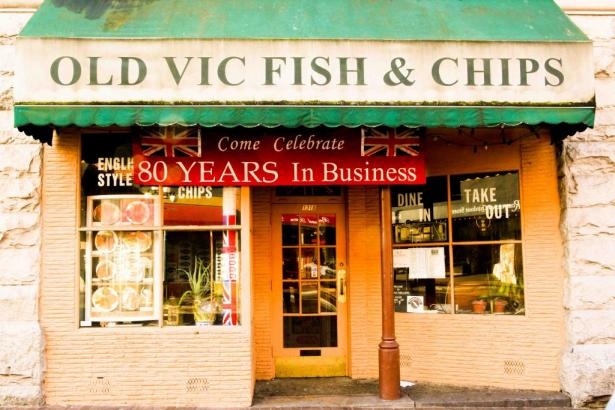 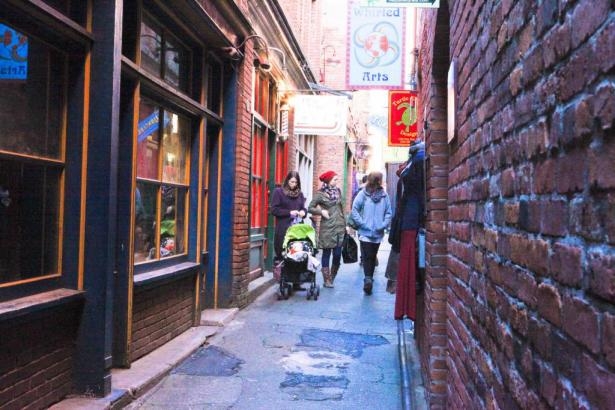 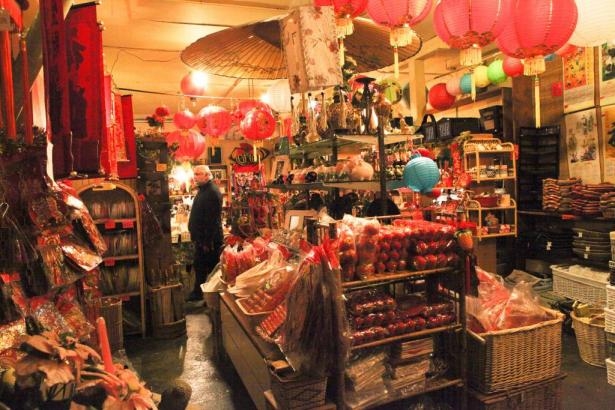 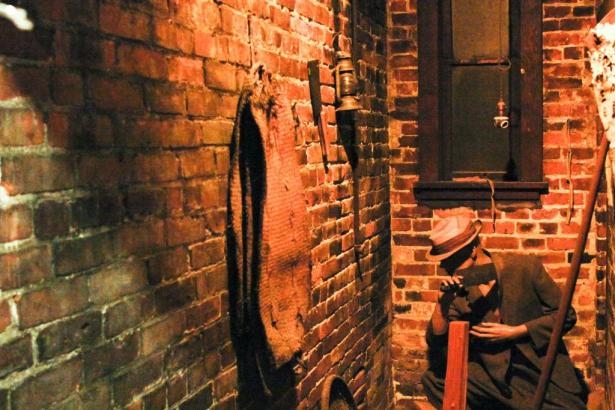 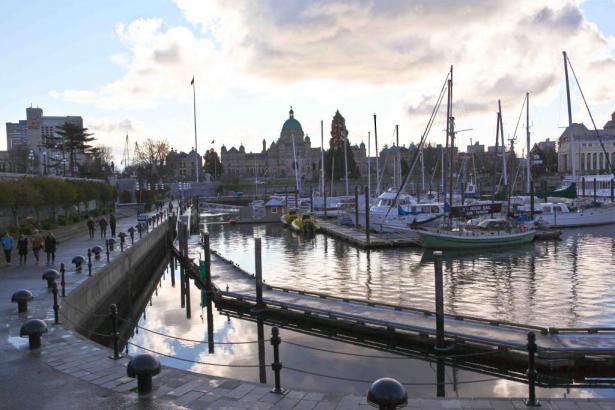 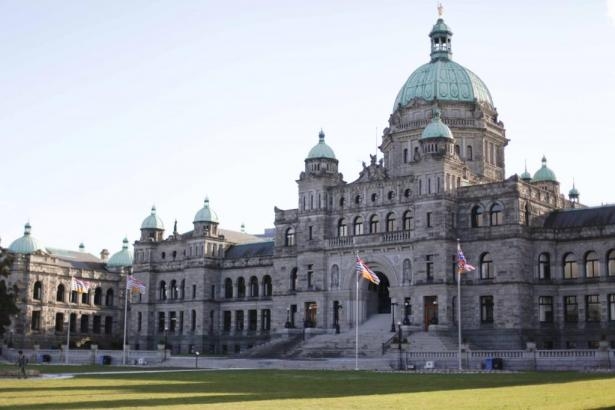 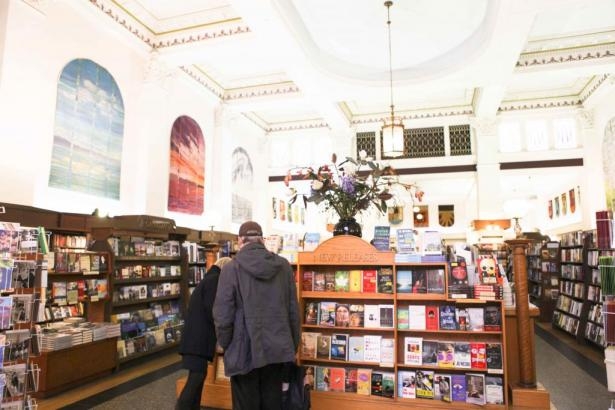 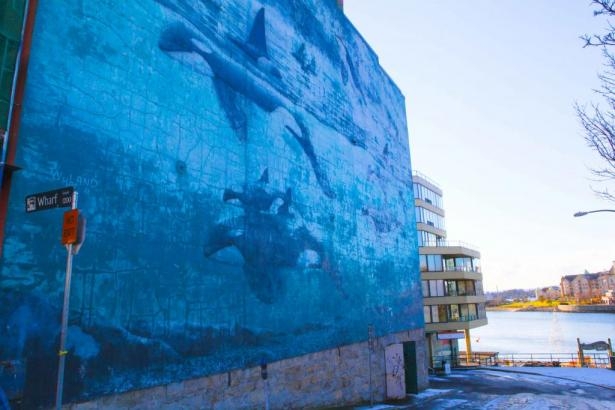 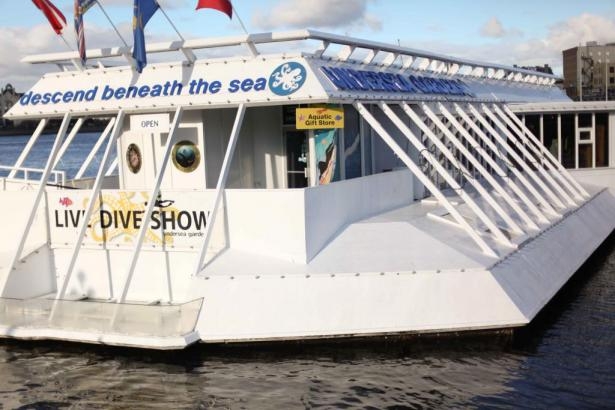 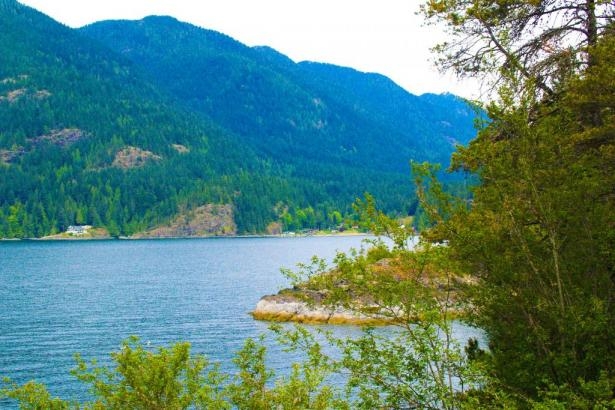 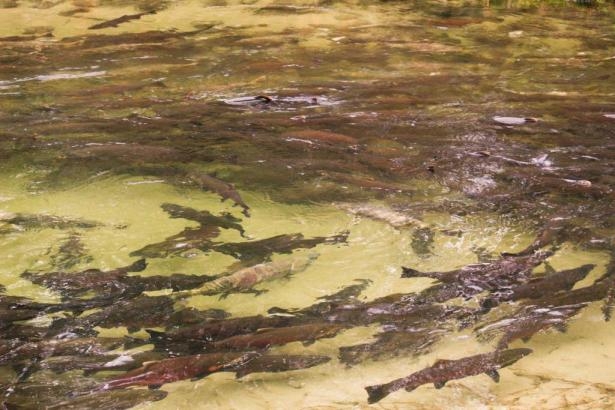 Victoria, British Columbia offers travellers and vacationers great shopping opportunities and tourist attractions, from book stores and tea shops, to ancient rainforest within an hour's drive of the city limits.

Located on the traditional lands of the Coast Salish indigenous peoples - in particular, the Songhees First Nation - the Salish name for the site was Camosack, meaning "rush of water." Vacationers visiting the downtown's Inner Harbour can view the salmon runs of Goldstream Provincial Park, or the city's driftwood-adorned beaches, examples of just how much water figures prominently in the beautiful West Coast city's culture and history.

Famed for its First Nations heritage, Victoria, BC also boasts the oldest Chinatown in Canada (second-oldest on the continent, in fact). It's also rightly earned the title "City of Gardens" not only for the world-famous Butchard Gardens - only half-an-hour north in Saanich, British Columbia - but for the passion many Victorians hold for home horticulture.

Just to the south of the harbour is BC's provincial capital. Completed in 1897, the historic legislature began hosting the province's government after New Westminster was rejected as capital in the 19th century. Its immediate vicinity features several unique installations, including a totem pole and a rare Spanish civil war memorial.

Inside the buildings, a controversial set of murals illustrates an official perspective on the province's history, including relations between natives and settlers.

After the legislature, the next most imposing building is one of Victoria, British Columbia's key landmarks – the Fairmont Empress Hotel. Built shortly after the legislature – in 1908 –  visitors will find an ornate lobby as well as  the Bengal Lounge restaurant, which creates an authentic British colonial motif, including tiger pelts and high tea.

Government Street shops in Victoria, BC

Walk just north of Victoria's harbour, you'll find a wide range of shops along Government Street. In parts paved with cobblestone, this district has everything from fine chocolatiers to tourist memorabilia, heritage buildings and many talented buskers (see if you can spot a classically trained violinist wearing a Darth Vader costume). 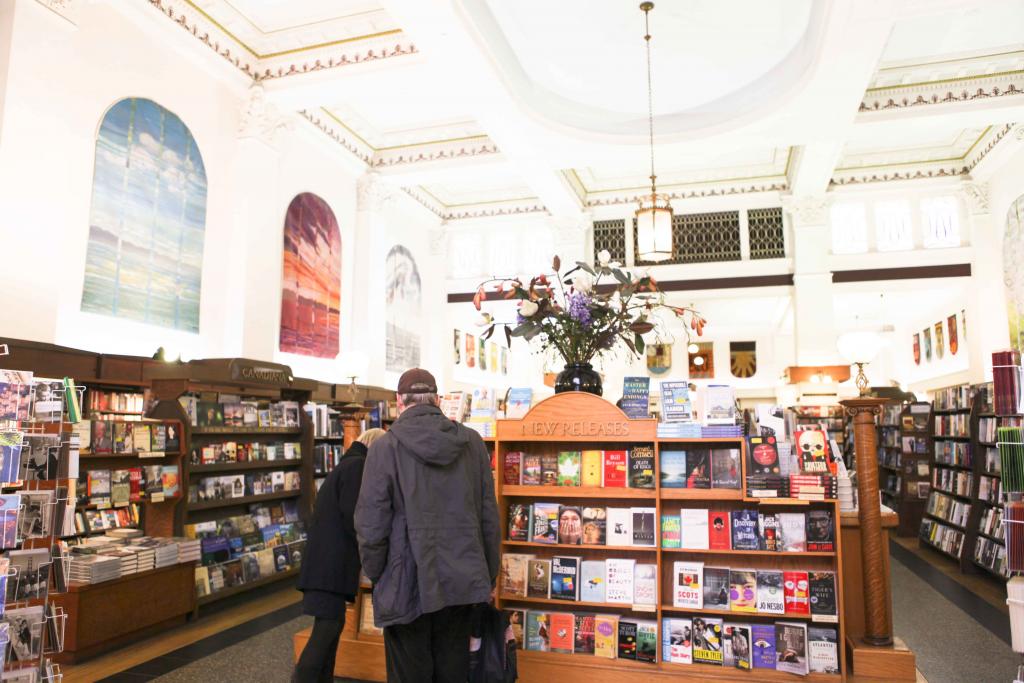 Government Street hosts many  of Victoria's coolest local shops. One of the finest examples is Munro's Books, which was founded by acclaimed Canadian author Alice Munro and her former husband in 1963. Its self-declared title -- “Canada's most magnificent bookstore” -- may seem excessive (perhaps paling in comparison to BC's new moniker “The best place on earth”), but Munro's  ornate, high-vaulted ceilings and one of the best magazine collections anywhere make it famous throughout Canada and beloved by Victoria residents. 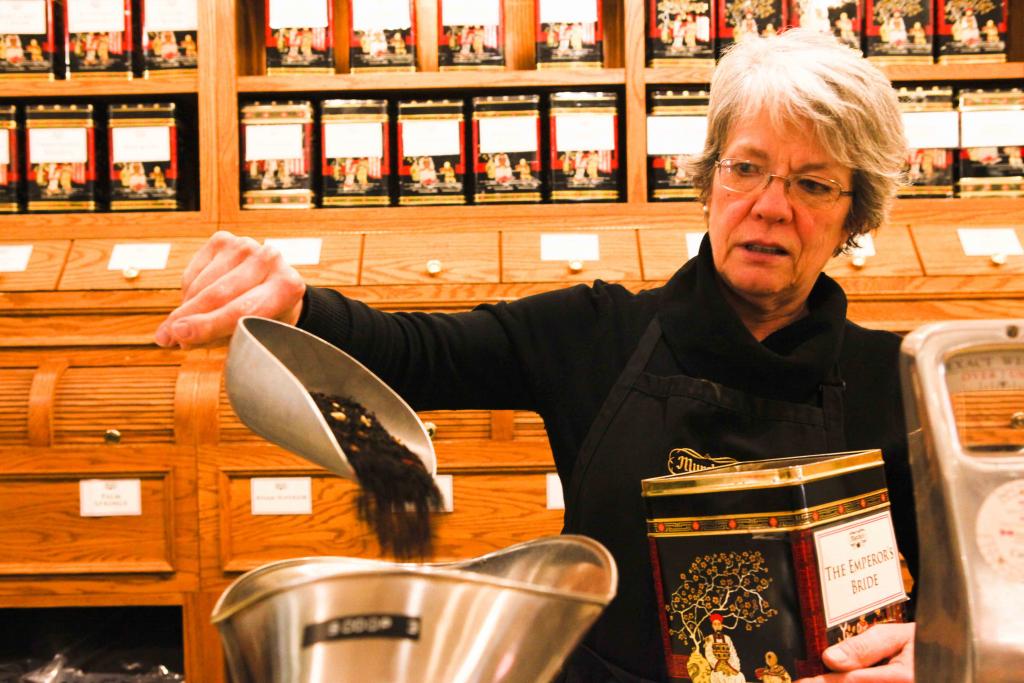 Many have remarked upon Victoria's distinctly British feel. Not only is the city home to many retirees from the United Kingdom – some joke that the Royal Family is more popular here than even in England – but it hosts Murchie's Tea and Coffee, a traditional tea manufacturer as well as on-site cafe. Making their own distinct tea blends – from the “CBC Radio Blend” to its house specialty, the “1894 Select Blend” -- you can also stay for a scone, lunch or (gasp), even a coffee if you're not inclined towards teas.

Continue walking north along Government Street, and you'll eventually hit Chinatown. Founded in 1858, this is Canada's oldest Chinatown community – and second oldest only to San Francisco in all of North America. No visit to Victoria, BC would be complete without a stroll through the mysterious 0.8 metre-wide Fan Tan Alley, which you can access through a narrow entrance from the north side of Pandora Street just west of Government Street – look for a small red sign marking the opening. This brick-lined commercial alleyway hosts an excellent music store, a restaurant, new age purveyor, and its enigmatic feel is a vivid reminder of Victoria's former role as a prime opium and alcohol smuggling site. Fan Tan Alley was also the backdrop for a famous chase scene in the 1990 film “Bird on a Wire,” starring Mel Gibson and Goldie Hawn.

This historic shop, which can be accessed from Fan Tan Alley, is so bizarre and popular that its entrance hosts instructions for large school groups. Whether you're looking for Chinese knick-knacks, bamboo poles, home supplies, souvenirs or just for a glimpse of one of Victoria's oldest businesses, Fan Tan Trading is too often overlooked on the tourist circuit. The labyrinthine shop – it honestly never seems to end – also hosts displays of industry and handicraft at the turn of the last century.

It may not be a tourist attraction per se, but south-west of Chinatown is Wharf Street, which makes an entertaining stroll back south towards the Inner Harbour and past many excellent restaurants and bars, including the fantastic vegetarian pioneers rebar modern food, the waterfront Seafood Grille, and eateries of all kinds in Bastion Square (where you'll also find a maritime museum). Be sure to check out the beautiful and sprawling mural of killer whales, which covers an entire brick building side, at the corner of Wharf and Yates Streets.

Behind the legislative buildings, you'll find the historic James Bay neighbourhood – with ample hotels as well as the 75-hectare Beacon Hill Park, which is a must-see destination. It is rumoured that the area's indigenous peoples warned colonists not to build upon the government building's once-marshy area – and though the stone structure still stands, some believe it is slowly sinking into the earth.

The Inner Harbour also hosts several other attractions. One well worth a visit is the Pacific Undersea Gardens, which allows a full glimpse of the harbour – from below. Showcasing B.C.'s marine life in a series of aquariums, the 150-foot vessel hosts film screenings, a tidal pool and even a giant octopus named Armstrong.

Only 17 kilometres west of Victoria, this British Columbia provincial park is a stunning example of the West Coast's old-growth rainforest – and if you hit it in the right season, one of BC's finest displays of spawning salmon and their associated feasting bald eagles. From October through December every year, thousands of chum salmonmake their way from the ocean up rivers all along B.C.'s coast, laying their eggs in fresh water before dying. It is an awe-inspiring sight. Even outside spawning season, where else can you visit ancient wilderness within 20 minutes of a provincial capital?

Victoria is the perfect jumping-off pad for an exploration of the vaster vacation possibilities on Vancouver Island. Featuring everything from untouched temperate rainforest in the island's many parks to the mist-soaked surf beaches and rainforest resorts of Tofino and Ucluelet on its far west coast, Vancouver Island is home to breath-taking beauty and many wilderness and ecotourism opportunities, within only a few hours drive of Victoria and a day trip from Vancouver.