Skiing in Whistler, British Columbia offers views of the West Coast's famed ski mountains combined with some of the world's top ski slopes.  What's stopping you? 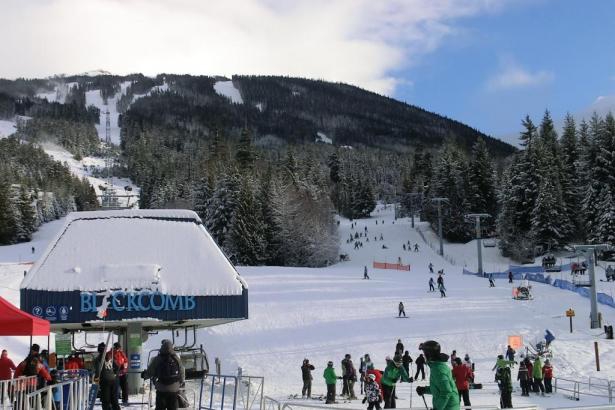 Whistler, British Columbia is the ski capital of Canada. Vancouver residents and travellers often escape the big city to Whistler's world-renowned slopes.  The drive from Vancouver to Whistler on the Sea to Sky Highway is one of the West Coast's most beautiful, offering epic views of British Columbia's famed mountains dropping down to the aqua waters of the gorgeous Howe Sound.  Whistler's ski mountains await, only two hours north of Vancouver.

With 200 runs between Whistler and Blackcomb mountain, and lifts reaching an elevation of 7,494 feet, charming Whistler hosts Canada's longest ski season. A perfect destination for a day trip or a longer vacation, Whistler, BC played host to the 2010 Winter Olympic Games and is celebrated by vacationers from around the world for its striking views and  superb conditions for skiers and snowboarders. 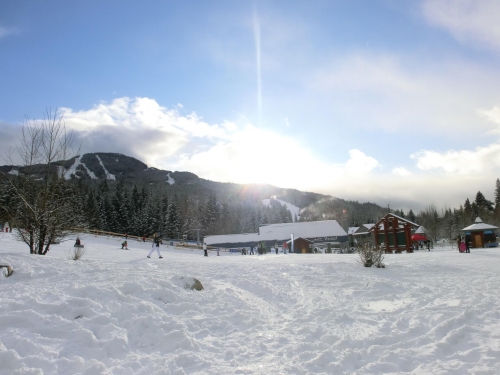 The quaint ski village takes winter activity to a whole new level with a variety of ­­activities including dog sledding, snowshoeing and winter hikes across Blackcomb Creek. Tourists can explore  countless trails on the perimeter of the village, surrounded by  snow-capped evergreens and century-old redwoods.

Skiiers and snowboarders who are residents of Vancouver often take advantage of public transportation.  Greyhound provides low-rate one-way tickets to the ski mountain (just $19.50 plus HST if you can provide a student card). Public transit is a smart option that doesn't break the bank. Besides saving on gas money, you'll also skip the parking charges—which can be up to $15 for overnight parking at most hotels and there's plenty of space for your skis or snow boards and boots.

Try to make the 6 a.m. bus from downtown Vancouver. This option is ideal for scoring a nap to ensure you're fully charged and ready to hit the ski slopes. It also allows for making the most of your day on the ski mountains, since lifts on both Whistler and Blackcomb close down around 3 p.m.

Where to ski and snowboard in Whistler, BC

Current conditions on Blackcomb and Whistler are phenomenal. The mountains recently received some much-needed powder and with the added perk of abundant sunshine, conditions could not get any better.

For those who are new to skiing or snowboarding, it's best to stick to the lower portion of the mountain (try the Wizard lift on Blackcomb) because the higher you go, the steeper the mountain becomes. If you continue to the top of Blackcomb and realize that you may have overestimated your shredding ability, make your escape with the peak-to-peak gondola, an enclosed 11-minute chairlift that bridges the gap between Blackcomb and Whistler.

Besides offering the best panoramic views, it's the most direct route from the top of one mountain to the other.

Canada's Pavillion Labeled as an Embarrassment, Lack of Snow on Cypress Becomes a Late-Night Punchline, and Olympic Skytrain Waits are Downgraded

Olympic Round Up
Avneet Bains