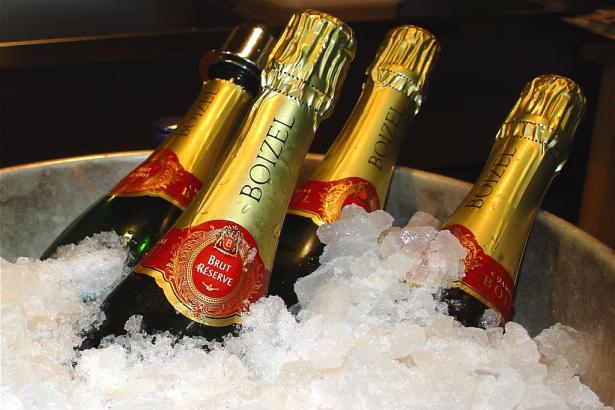 Legend has it that the mysterious fable of flight upgrades is something that happens to everyone else but you. The act of scoring first class having paid for economy is so shrouded in mystery that short of posing as a Hollywood celeb or glamorous rich-type most of us are stumped as to how to pull it off.

So when it happened to my brother and his wife-to-be, I mentally stomped off to the nearest brick wall to bang my head while outwardly smiling and saying, through gritted teeth, how fabulous it must have been for them as they regaled tales of oodles of foot room, vast menu choices and pleasant-smelling bathrooms devoid of line-ups. It’s fair to say though that on this particular journey they’d shown up at the check-in desk gushing with loved-up emotion, wedding dress in hand, saying how they were flying to the UK to get married. The check-in lady practically tore up their economy class ticket on the spot and bumped them up to the captain’s seat, popping the champagne cork right there.

But leaving sufficient luggage space for a dress the size of an excessive meringue isn’t always practical, so how do the rest of us achieve similar results?

1. Despite the relative comfort of flying in runners and jogging pants it seems we’re doing ourselves a disservice and shooting ourselves in the first-class foot. Jonathan Doan from The Travel Bug Bookstore in Kitsilano suggests our carefully chosen flying attire should be more chic than shabby in order to fit in our potential first-class flying buddies. “When a flight is over-booked and a number of passengers are bumped to standby, if a seat in first class is free the airline may look to fill it, especially if it won’t cost them anything. They look at the pool of standby passengers and have been known to choose a well-dressed individual. You may get lucky.”

2. While the objective of many of us is to get from A to B as cheap as possible, Allison Wallace from the Flight Centre makes an interesting point, “If they do end up upgrading some economy tickets, full fare economy tickets will get priority over cheaper or discounted fares”. Allison also disclosed that you’re more likely to receive an upgrade if you’re travelling alone, and that unfortunately children almost never get an upgrade.

3. Both Jonathan and Allison agree that possessing bountiful frequent flyer points are a great asset. Just the status of belonging to a frequent flyer club or airline loyalty program can be enough to grease the palms of the decision makers. Failing that, your points or vouchers might be enough to buy you that upgrade.

4. It sounds obvious but while fellow passengers vent their frustration at the overworked check-in staff, being friendly, courteous and respectful can go a long way, as Jonathan personally experienced. “I have only been upgraded once and it was simply because I treated the flight staff with respect and cheerfulness. The flight was way overbooked and about 20 people were forced on to standby, me included. Most complained but when it was my turn, even though I would be late to my destination like everyone else and would miss my connection, I said that I understood it wasn’t their fault and that there was nothing they could do about it. I smiled, wished them well and went to sit down. Five minutes later they called my name and I found myself bumped up to the only free business-class seat on the plane!”

5. On a similar note, early check-ins certainly won’t do you any harm. Although camping out at the check-in desk before dawn like a besotted groupie hell-bent on scoring hot tickets isn’t necessarily an advisable strategy, while the majority of us scramble just to get through security before departure, those who scored upgrades were at least organized enough to get there on time.

6. And finally (and here’s where the penny drops in my brother’s case) for all those travelling on a day of celebration such as an anniversary or birthday (don’t lie, as they have it on your passport!) mention it when you check-in. Never be insistent on an upgrade, it’s still not a guarantee, but show up early, add in a little charm, throw on a suit and flash your frequent flyer card and you might be on your way to a little slice of first-class paradise.

See more
UFC fighters reveal what makes them so tough
Lynn Schnurnberger on life, writing, and the Best Laid Plans