Wintering at a summer resort in Roche Harbor, Washington 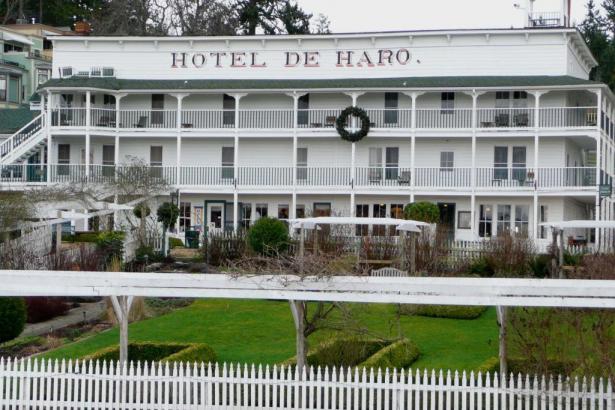 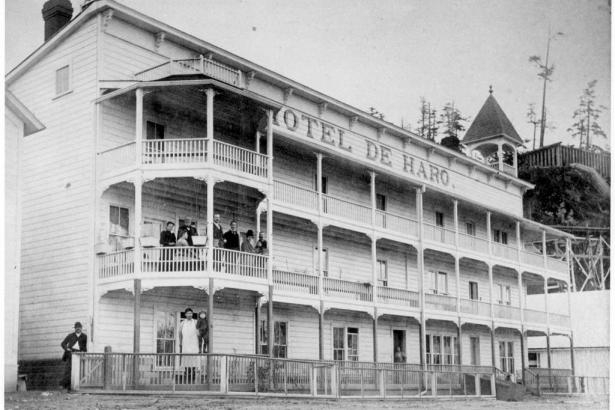 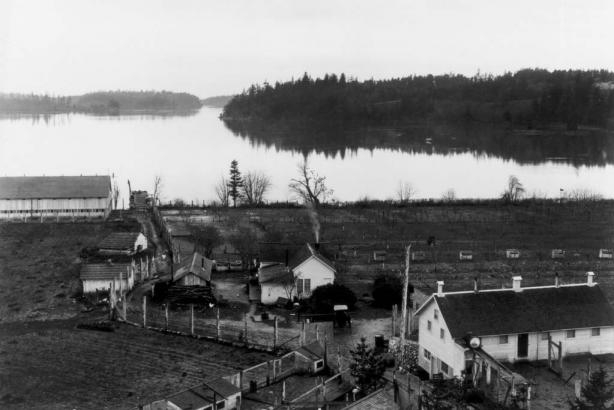 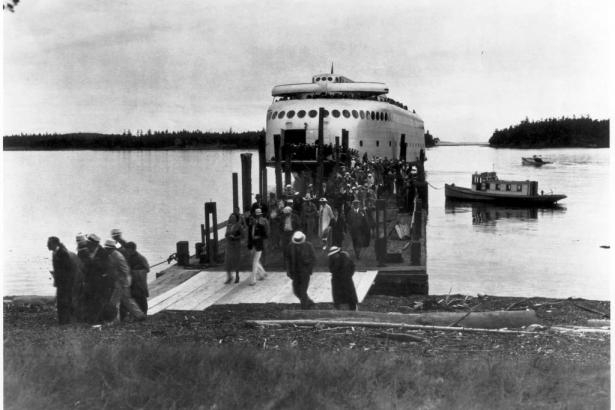 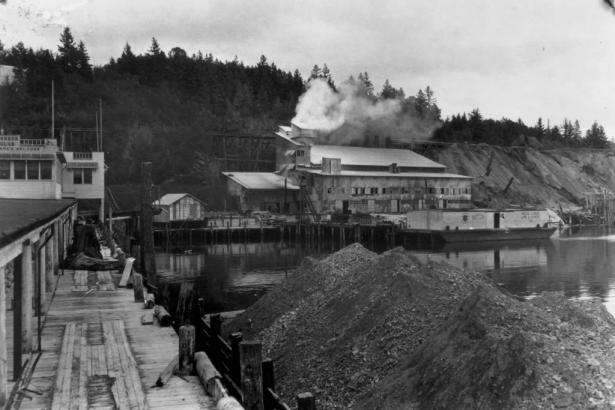 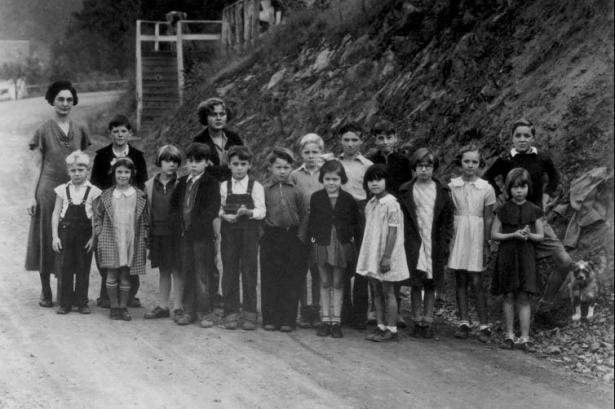 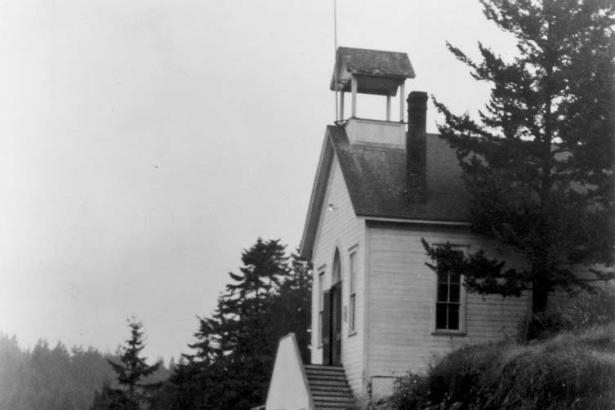 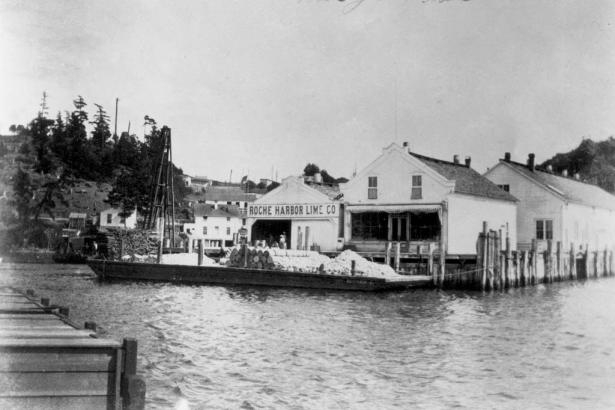 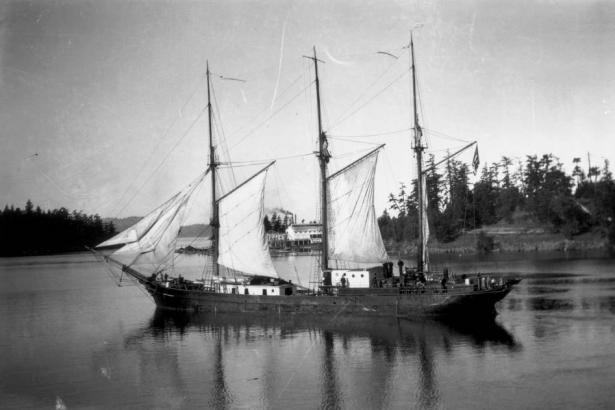 You might not think of vacationing at a summer resort in the dead of winter. Well, think again. On Christmas Eve, we headed to Roche Harbor and were in for a real treat – a landscape of soft grays and faded greens, quiet, calm and escape from it all. We left rainy Vancouver at 10:30 am, caught the 2:45 ferry from Anacortes, Washington, to Friday Harbor, San Juan Island, and drove the last eight miles to the Roche Harbor Resort, arriving just past 4. 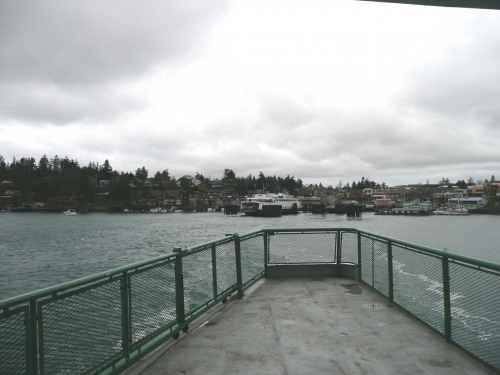 A storm and high waves rocked the ferry at the beginning of our journey. But soon, the sea quieted, the rain subsided and we entered what islanders refer to as the “rainshadow of the Olympic Mountains,” where it rains half as much as in Vancouver. Between Friday Harbor and Roche Harbor, the island is open and hilly, offering fields farmed in the summer but in winter golden green and quiet. Along the drive, we saw a lone camel in a field, a young deer near the road, an eagle perched on an old cedar and only a few fellow travelers. Christmas houselights slowly brightening as day faded to evening and we arrived in the village resort of white clapboard buildings, white lights, trellised pathways and gardens and a harbor that would make any postcard proud. 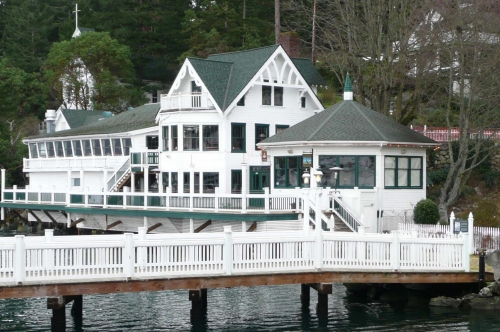 The historic Hotel de Haro’s Fireside Lobby, where we were definitely the only guests checking in, was cozy with garlands and an old-fashioned Christmas tree. Our room, on the other hand, in the Quarryman Hall, the newest of the hotels built in 2007, had every modern amenity and a contemporary décor. A fire was burning in the fireplace when we arrived. A balcony with table and chairs, and five huge windows overlooked the harbor. The sitting area, in beiges and browns, includes a pullout couch, two large chairs, and a large screen tv. And the marble bathroom is luxurious and grand with a large tub, shower and two sinks. 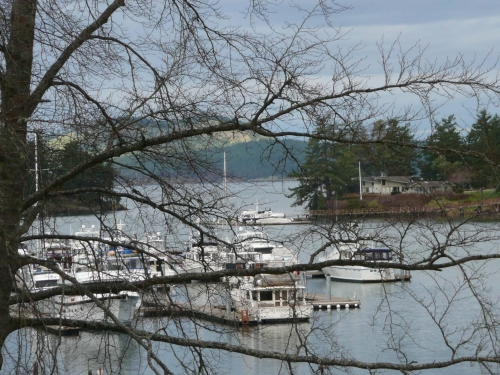 We had dinner at the only place open, the old McMillan House, which has been converted into a first-class restaurant and a cozy, dark bar and grill. Almost every table has a harbor view. The excellent holiday menu included a choice of specially- prepared salmon or prime rib with horseradish sauce, both combined with potatoes and local vegetables. When not serving a special menu, the restaurant offers a variety of seafood, fish, risottos, and locally-farmed beef and lamb. Main courses ranging from $21 to $42. 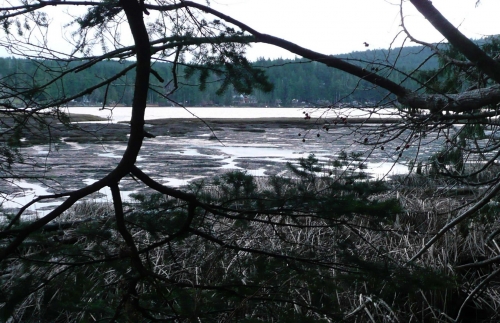 Most other diners were rushing off to a Christmas play, put on by Island Stage Left, a local theater group that also performs Shakespearean plays on the Quarry Trail in the summer. Once they departed, we were left with a soft wind moving through the trees and deserted buildings, the haunting sound of moored boats clanking against the dock, and the cold, bracing air. Historic pic The resort is rich with history. For hundreds of years, the Lummi, Songhees and Salish peoples inhabited the island. In 1787, Spanish explorer Captain Lopez de Haro, for whom the Haro hotel and Haro Strait are named, arrived with his crew. But it was John S. McMillin, a Tacoma lawyer, who put Roche Harbor on the map by creating the Roche Harbor Lime and Cement Company, which reaped the benefits of the largest and richest deposit of lime in the Northwest. By the 1890, the company town of Roche Harbor had a population of 800 residents and was the largest lime works east of the Mississippi. With the depression, lime production decreased and by the 1950s Roche Harbor was on its way to being the world-class resort town it is today. 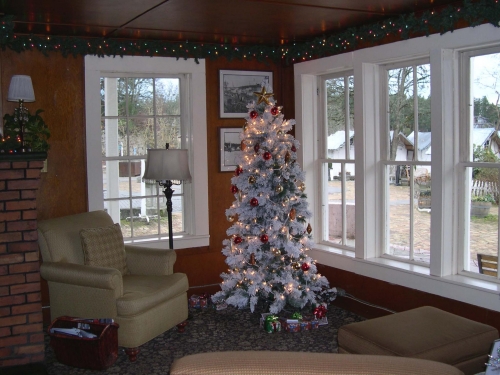 Our Christmas morning began with the sound of bells playing Christmas carols from the chapel. Each day, the bells are programmed by Sam Jacobson, the Lodging Director, to play music at 9, noon, 3 and 6 pm. This sweet opening to the day was the beginning of our enchanted stay, which included indulging in excellent food, wandering the grounds, and visiting Friday Harbor. There was also the added treat of a visit to the Afterglow spa, on the ground floor of the Quarryman Hall, which included a hot rock massage and a visit to the steam room. 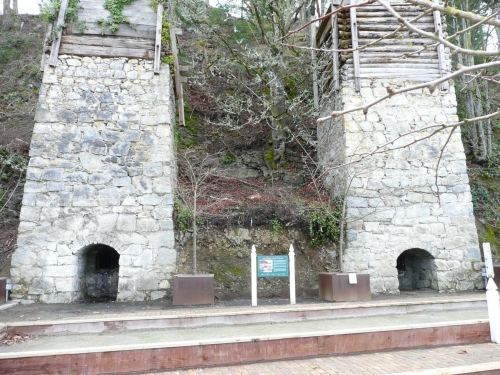 The hotel provides a brochure with a walking tour of the grounds, a great way to learn some history and explore. Yellow bricks line the path outside the hotel. Down the path and sitting at the top of a long staircase is the chapel, built in 1892 and later converted to the only privately-owned Catholic chapel in the US.