The cost of cruising 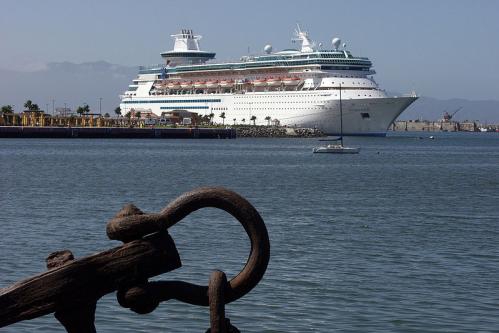 Another cruise season is upon Vancouver. Long-time residents will recall when cruise tourism was a major feature on the city’s waterfront – at its peak, more than 340 ships bringing more than 1.125 million passengers. Today, the numbers are much less – 256 ships in 2009. Although the port spent $49 million in the early 2000s to redevelop Ballantyne Terminal, based on expectations of continued growth in cruise ship visits, in 2010 all cruise ships will dock at Canada Place; none at Ballantyne Pier.

The City of Vancouver has spent millions of dollars to accommodate cruise ships, but the number of cruise ships has decreased significantly. It isn’t that these ships are not visiting British Columbia – most must in order to comply with U.S. cabotage laws that require a cruise ship with an itinerary involving U.S. ports to include at least one foreign port. Instead of Vancouver, which used to be the homeport for most ships visiting Alaska, many ships now leave from Seattle and use Victoria to satisfy requirements under U.S. law. Seattle has grown from no cruise ship visits in 1999 to 100 in 2002 and to 223 in 2009. Victoria has seen a growth similar to Seattle, from 34 calls in 1999, 110 in 2002, and 228 in 2009.

So Vancouver’s loss has been Victoria’s gain. However the migration of ships has a negative impact on the economy of British Columbia. Most ships calling at Vancouver in 2002 were homeported in the city, meaning passengers started and ended their cruise in Vancouver. They stayed at hotels, dined at restaurants, and visited sites pre and/or post cruise. They used taxis and had time to visit and spend money in stores. Their economic impact was significant. However, despite less cruise ships visiting today, a number of ships use Vancouver as a port of call. Passengers stop in Vancouver for eight hours or so and then continue on to their next port. The ship is their hotel, their restaurant, and a venue for shopping and entertainment. This fact is particularly an issue in Victoria, where over 80% of cruise ship visits occur between 6:00 PM and midnight, the last night of the cruise. The economic impact is only a fraction of what is generated when a ship homeports in a city.

Economic Impact of Cruise Tourism
The economic impact of cruise ship visits to Vancouver is significantly less today than five or ten years ago. This is in part a result of less cruise ships, and also a result of changes in the demographics of cruise passengers – passengers today have lower average incomes than passengers 10 or more years ago, but also a result of more aggressive efforts by cruise lines to capture on board spending. A cruise ship earns more money from passenger spending onboard than from ticket sales. In 2007, each cruise passenger’s onboard spending accounted for $43 per day in the cruise line’s net profit (more than $300 a week); the figure is significantly higher today. As ships expand their shopping venues, increasingly sell the same products available in ports, and guarantee they will not be undersold, passengers have less reason to buy souvenirs and other items ashore. They buy t-shirts and postcards, but most local stores report limited sale of other items.

The reduction in passenger spending ashore is compounded by cruise ships taking significant commissions for sales in stores they promote onboard as “preferred” (as much as 40 percent of gross sales) and their keeping 50 percent or more of what passengers spend for shore excursions – the tours passengers buy on board or through the cruise line for which the cruise line then hires a local tour provider. One problem is that the tour provider is being paid less than might be received from a customer walking in off the street. A more serious problem is that a passenger spending $50 for a tour expects a $50 product; but the tour provider is being paid $25 or less and can’t provide a $50 product. If a passenger is unhappy they will blame the tour provider and the greediness of Vancouver; they will not blame the cruise line. One cruise line reports that 30 percent of its net profit is derived from sale of shore excursions.

Environmental Issues
Cruise ships today are small cities and they produce all of the refuse and waste produced in a city. Unfortunately, cruise ships are not held to the same standards as cities when it comes to incinerators, fuel usage, sewage and waste water treatment; more serious is that their practices are not subject to the same level of oversight and enforcement as is common on land. Let’s look at some of the common waste streams produced by a cruise ship.

More from Ross A. Klein