Trash and Trauma on the Beaches of Goa, India Highlight Disruptions by Global Tourism 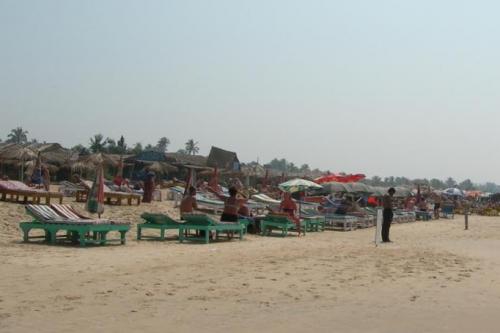 Crowded beaches, degraded environments and rampant real estate speculation are some of the effects of package tourism on popular beach destinations such as Goa.

Think of Goa and what comes to mind? Endless sandy beaches with coconut palms waving in the breeze and the warm waters of the Arabian Sea lapping at your feet? All-night raves under the stars? Friendly hospitable people? Spicy seafood washed down with a bottle of Kingfisher beer? Maybe nothing at all, as Goa is not the first destination that winter-weary Vancouver residents tend to think of. Hawaii and Mexico, even Thailand, are closer. To get to Goa -- located as it is on the west coast of India south of Bombay -- takes about 30 hours of flying time and at least one transfer.

What probably doesn’t come to mind is mounds of plastic bottles and rotting garbage, water shortages, rice paddy fields paved over to build 5-star hotels, drug and sex-related crimes and local residents increasingly agitated about what tourism -- and tourists --are doing to their country. But that too is the reality of global tourism, as we discovered in a recent month-long visit to Goa. 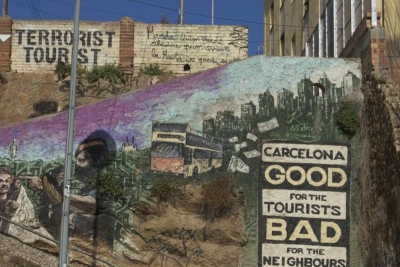 The impact of jet travel on global warming is well known by now. There are many websites where you can calculate the carbon impact of your flight to your tropical vacation. You enter your credit card information and click on a button, and presto! instant forgiveness. Unfortunately, it’s not so easy to mitigate the other environmental, social and economic effects of global tourism. And the effects aren’t limited to beach vacations in warmer climes either: Venice is literally sinking under the weight of its millions of visitors; Barcelona residents increasingly complained about inflated prices in restaurants and bars and streets that can’t be navigated because of the hordes of sightseers (on a recent visit we saw the plaintive question “If it’s tourist season, why can’t we shoot them?” painted on a wall. A nearby mural equated tourism with terrorism); Many people in the United Kingdom are worried that their country is being turned into a giant “Ye Olde England” museum.

With a population of 1.3 million and a land area of 3,700 square kilometres, Goa is India’s smallest state in size and fourth-smallest in population. Inhabited for thousands of years, it first came to European attention about 500 years ago when the Portuguese seized part of it because of its navigable rivers, sheltered natural ports and strategic location on the Arabian Sea. Five hundred years of often brutal Portuguese occupation have left Goa with a sizeable Catholic minority, relaxed views on alcohol, and a meat and fish-based cuisine that combines Portuguese and Indian elements in a unique way. Education standards and literacy are high, the cost of living is comparatively low and English is commonly spoken, adding to Goa’s attraction for northern visitors. It has rich cultural traditions with many writers, musicians and film makers creating works in both English and Konkani, the official state language. 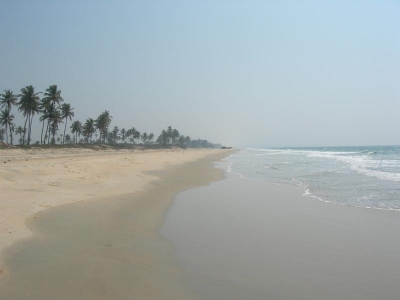 Goa has been a popular destination for Western tourists since the first hippies “discovered” its seemingly pristine beaches in the late 1960s. Charter flights from England, Russia, and elsewhere in Europe descend on the small airport at Dabolim, disgorging hundreds of people daily who are eager to lie on the beach, drink beer and escape the dreariness of a northern winter. Each year, Goa attracts 400,000 foreign and 1.3 million Indian tourists. The foreigners come mostly in the winter months, when the weather is cooler, with lows around 20 degrees and highs around 30, while the Indians come during the summer months. Tourism peaks in December and January, with Goa especially popular over Christmas and New Year’s.

Most foreign tourists come to Goa seeking sun, sand and suds. A few, however, are in search of less benign pleasures such as drugs and child sex. And there are people who will gladly supply these, for a price. Recently, newspapers in Goa have been debating whether a Russian “mafia” is bringing these vices to a new, more violent level. Crimes both against and by tourists are increasing in frequency, including rapes, child molestation and even murder. The most recent incident, the alleged murder of a Goan taxi driver by a Russian tourist, dominated local news for days. 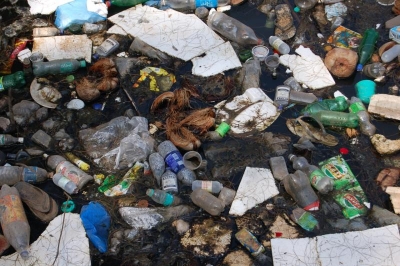