NORAD Santa Tracker: Nothing says "Christmas" like Santa Claus, smartphone apps, and fighter jets. Get into the 21st-Century Christmas Spirit and track Santa with NORAD.

It's Christmas in 2013, so whip out your smartphone. Track Santa Claus as he travels 'round the globe on Christmas Eve, delivering presents to all the good little girls and boys. The most popular way is to follow Saint Nick is with the NORAD Santa Tracker.

Launched each December, NORAD Tracks Santa allows everyone to not only count down to Christmas Eve, but to play games through a digital Advent Calendar.

Track Santa: There's an app for that

While the website may be the most popular way, there are other ways as well, especially if you're doing your last-minute Christmas shopping.
Just download the NORAD Santa Tracker app for iOS, Android, and Windows Phone.

If you're into the whole social-media thing, you have more Santa-tracking options:

You used to be able to follow Santa with NORAD using Google Maps, but now NORAD Tracks Santa is a collaboration with Microsoft. That means another year of Bing.

Not to be left out, Google has its own Santa-tracking tool, though it lacks that NORAD pedigree.

The NORAD Santa Tracker began as a typo. Back in 1955, a Colorado Springs department store placed an ad encouraging families to "call Santa Claus", but they screwed up the number. 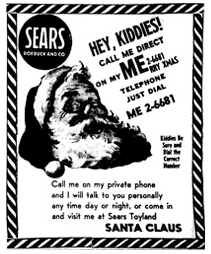 Result: lots of families ended up calling the Colorado Springs' Continental Air Defense Command (CONAD). Colonel Harry Shoup, the guy in charge on Christmas eve, told his staff to just make up coordinates for where Santa is and give them to any kid who calls. A tradition was born.

Shoup passed away in 2009, but his weird and wonderful legacy remains.

While NORAD is jointly run by Canada and the USA, this year's Santa Tracker feels as American as the popular version of Santa Claus himself: Santa is now escorted by a phalanx of fighter jets.

NORAD insists that this gives the Santa Tracker a "realistic feel", ignoring the fact that they're talking about an ageless dude with a herd of flying reindeer and a limitless capacity to build toys.

"We wanted to let folks know that, hey, this is a NORAD video, and we're the military and this is our mission," Navy Captain Jeff Davis said.

"We wanted to let folks know that, hey, this is a NORAD video, and we're the military and this is our mission," Navy Captain Jeff Davis said.

The North Pole is in Canada, so the first fighter jets to "escort Santa" are CF-18s. Once the sleigh reaches American airspace, the F-16s take over. One presumes Santa has a NEXUS card.

Indeed, NORAD watches Santa with an unblinking attention that borders on the obsessive:

NORAD concludes that Santa probably stands about 5 feet 7 inches tall and weighs approximately 260 pounds (before cookies). Based on fighter-aircraft photos, we know he has a generous girth (belly), rosy cheeks from sleigh riding in cold weather, and a flowing white beard.

The whole NORAD Santa Tracker site has a military feel, albeit cartoonishly so. Check out this reindeer schematic: hopefully next year it can be enlarged. 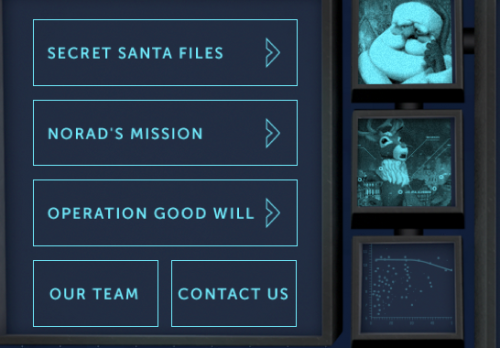 Perhaps in the future, kids will presume Santa is listening in on their phone calls, eliminating the need to write adorable letters or visit creepy drunk guys at the mall. 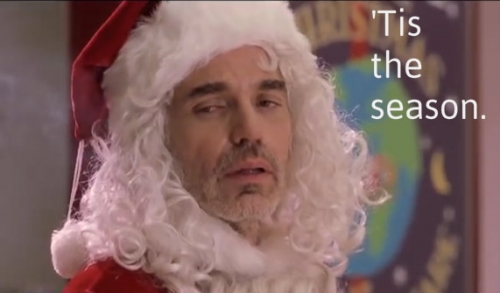 Tips for a healthy Christmas season

Make it a Vancouver Christmas with these local holiday gift ideas