These robots are as beautiful as they are powerful. But watch out for those giant claws. 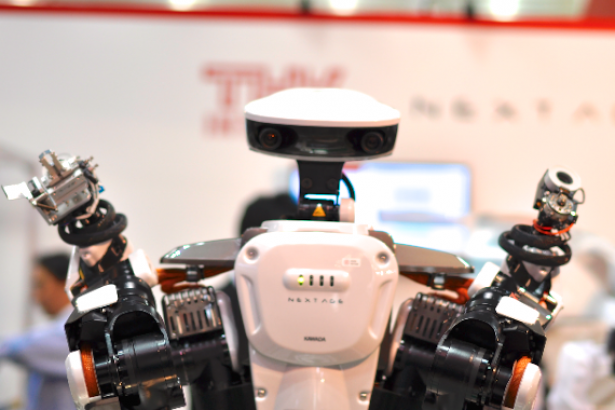 Nothing up my sleeves...

Beauty is where you find it

The International Robot Exhibition has been intense so far: huge crowds of robot fans and business-types gawking at the latest innovations in robotics. We've seen cuddly robo-seals for kids. Robot bedpans for hospitals. Robot beer dispensers.

We give robots human qualities to help us accept more automation in our lives. 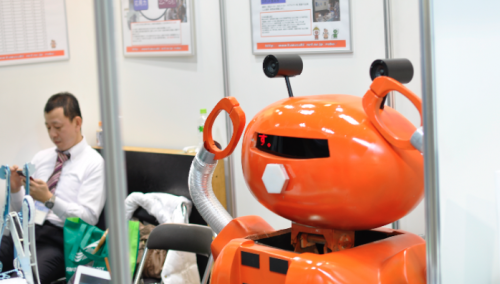 Trade shows, am I right?

This is a necessity: Tokyo would cease to function without its current levels of automation. Suica's happy penguin and Pasmo's cheery robot go a long way towards making those automation products welcome in the hearts of their users. 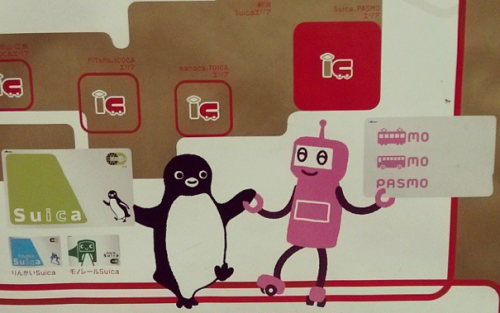 I had suggested something similar for Vancouver's new Compass Card, but I was just a voice in the wilderness, as it were.

@translink Also, since it's too late to call it "BearFare", can we at least get a Compass product with that name? W/ pic of commuting bear?

So we don't necessarily have to see robots as human or even humanlike: we just have to like what we see when we watch them.

Sometimes, though, our robots overdeliver, performing with smoothness and flair, delivering something far beyond what can be plotted in software or cast from steel and plastic. These are robots with... style.

Nowhere was this more surprising than in the Industrial Robots Zone at iREX, where massive and powerful machines moved with fluidity and grace.

Skot McDonald from Perth Artifactory also watched these robots with awe remarking on their silence as they hefted car bodies around. They would be, he noted, a super-villain's best friends.

These robots were truly beautiful to behold. I have to share the experience with you.

They look like giant insects. I kept waiting for a Sir David Attenborough voiceover.

Here are the same robots, seen from a different angle. The audio you hear is from the presentation in the next booth.

There are lots of giant robot arms in Tokyo at the moment, fitted with claws, spot-welders, and suction devices. They lift, push, bend, crush, and nudge.

They can also be surprisingly cute. 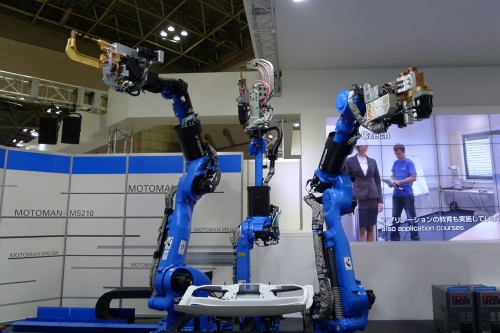 We are... The Three Amigos!

Nothing up my sleeves

Let's revisit our frenemy, the assembly-line robot. Notice how it changes its own hand attachments. How it sees with its claws. How it adjusts its behaviour based on its surroundings.

As I write this, I must keep going back to change "he" back to "it".

This robot is also insectile, but in more of a Pixar fashion.

Around the corner, an arms-only robot was busily completing its assigned task. The movement of the arms suggests an entire body, the body of someone annoyed that all these strangers are standing so close.

The crowd and bustle of the trade show floor reminded me of the city-spanning commute I underwent to get there. It's hot enough to require refreshment, and so I revisited the Asahi booth.

Then I joined the throngs of suit-and-ties leaving Tokyo Big Sight to cram onto the Yurikamome Line, the beauty of those machines still with me as I left Shimbashi Station to blend into the Tokyo night. 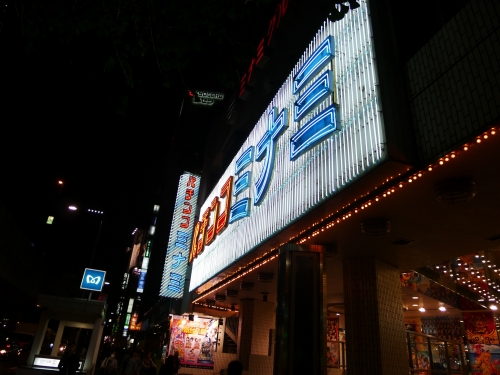 At Fukushima Daiichi, amateurs left to clean up the mess

Hong Kong and Japan show Vancouver what a farecard can be

The cutest robots in Tokyo