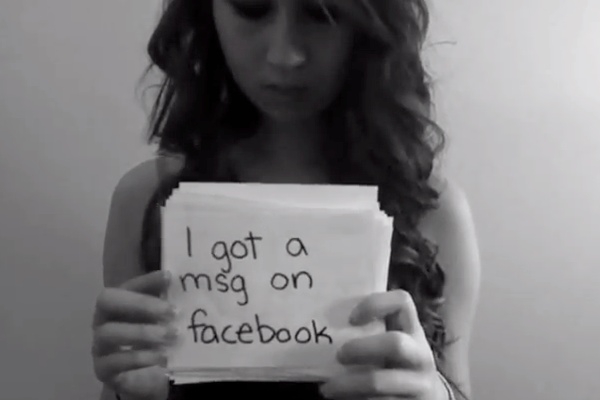 By now, many of us are familiar with the sad details behind Amanda Todd's death.

As a human, a man, a brother to four sisters, an uncle to a beautiful 10-year-old niece, and hopefully one day a father, Amanda Todd's story breaks my heart. Feelings of helplessness and depression have touched my life in a personal way, and I can only get two minutes into the video she posted before I am overcome and cannot continue to watch. [Warning: in addition to the video, there are graphic, disturbing comments, which should have been disabled long ago.]

But beyond the screaming headlines taking almost macabre joy in the eyeballs they can attract over a pretty cheerleader who met an untimely end, there are some important questions raised. In a society where we have the responsibility to protect the weakest amongst us, how was a ruthless sex predator able to target this child so easily?

The answers require much soul searching and reach far beyond what I can write in this space.

Krissy Darch has written an excellent piece delving into the misogynistic aspects of the story. The culture of victim blaming is all too familiar. A Toronto police officer instructing female students that "women should avoid dressing like sluts in order not to be victimized." The US military telling female soldiers that the only way to avoid being raped is to not go out alone (as seen in the gripping documentary "The Invisible War").

Then there's the lack of seriousness the Vancouver Police took towards the rising body count of serial killer Robert Pickton's sex trade victims. After all, weren't these just the associated risks of the sex trade workers' "chosen" lifestyle? And now, a "stupid" young girl killed herself because she shared images of her body with a stranger on the Internet. All this could be avoided if women just accepted men for the testosterone fueled animals that we are and took due precautions.

Never mind that Amanda was simply exploring her newfound sexuality in a manner that she thought was harmless and anonymous. Never mind that a sick manipulative predator groomed her to fulfill his own depravity and exacted revenge on her when she bravely fought him off. But predators have been taking advantage of young naive girls for time immemorial. Why is this time different?

It is different because it exposes the systemic flaws that the rapid march of technology has created in our society. Amidst all this change, we have not taken the time to fully reflect on the implications and put the required safeguards in place.

Let's start with Facebook. It's a publicly traded company and social network that has embedded itself in our lives like no other technology has. We've given it great power, and it is in Facebook's best interest to chip away at our privacy to increase "stickiness" and by extension, profits. We've put our trust in Facebook, and it has failed us in many ways, but it particularly failed Amanda.

I've done a little test to demonstrate how this is.

I signed up for a Facebook account, using the pseudonym "Jane Smith" and declared that Jane was a 15 year old female. The first page asks Jane for her real name and email address. That was easy. The next page asks Jane to allow access to her email account so it can automatically add all of her friends.

When she follows the tiny link at the bottom to skip this step, it pops up a warning that "People who complete this step usually find up to 20 friends, and Facebook is a lot more fun with friends."

Well, is Jane not a fun person?

The next page tells Jane to put in her high school, and the year she will be graduating.  After she puts in a school,  Facebook immediately pulls up some profiles and prompts her to add them. She sees that cute boy from English class. One click and they're now "friends."

Now she's told to add a profile picture. If she doesn't have one handy, Facebook will take one of her from her webcam. As a teenage girl, she better make it sexy, so the cute boy from English class will pay attention.

One final click, and her online identity is complete. She's now one of the billion people on Facebook.