Inside Pyongyang, there's a small but growing digital world. It's just not clear what the goal is. 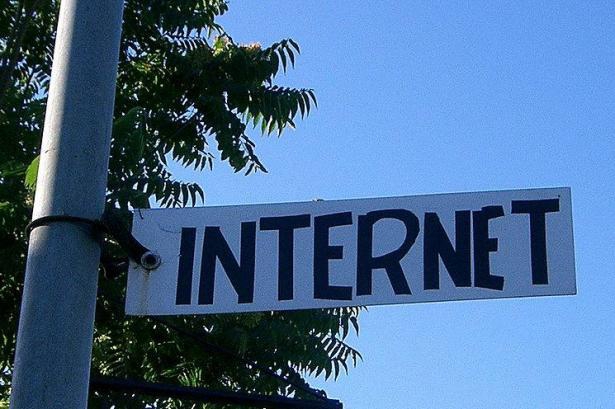 Modernizing a backward nation, or plotting a military strategy?

As North Korea moves slowly into the web age, the international debate continues.

PYONGYANG, North Korea -- As his right hand grips the mouse, the physics major's eyes are fixed on a flat-screen monitor labelled with a red sticker reminding him the computer was a gift from Kim Jong Il.

Kim Nam Il says he prefers learning online to studying from books, and in that sense, the 21-year-old is just like other university students the world over.

North Korea is undergoing its own digital revolution, even as it grapples with chronic shortages of food and fuel. It is still among the most isolated of countries, with cyberspace policies considered among the most restrictive in the world. Yet inside Pyongyang, there's a small but growing digital world, and a whole new vocabulary to go with it: CNC, e-libraries, IT, an operating system called Red Star and a web portal called Naenara.

In a world ever wary of the unpredictable country's motives, some see in North Korea's bid to train a generation of computer experts the spectre of hackers launching attacks on the defence systems of rival governments. Others see the push to computerize factories and develop IT expertise as a political campaign designed to promote Kim Jong Un, the reputedly tech-savvy, Swiss-educated son being groomed to succeed his father as North Korea's next leader.

The country remains one of the hardest to penetrate -- by email, by phone or by Internet. But there are signs of curiosity about the wired world outside.

Interest in computers and technology is not new for North Korea. According to local lore, leader Kim Jong Il once said there are three types of fools in the 21st century: those who smoke, those who do not appreciate music and those who cannot use computers. At the close of a historic 2000 meeting with then-U.S. secretary of state Madeleine Albright, he asked for her email address.

North Korea's biggest IT hub, the state-run Korea Computer Center, has been around since 1990 and has expanded across the country and into Germany, China, Syria, the United Arab Emirates and elsewhere, according to the company.

Since then, North Korean IT firms have quietly developed software for banks in the Middle East, applications for cellphone makers in Japan and South Korea and even video games for Nintendo and Playstation, said Paul Tjia, a Dutch IT consultant who has been working with North Korean companies for years.

The U.S. bans the export to North Korea of luxury items such as iPhones and iPads. But North Korean programmers working for Nosotek, a software joint venture in Pyongyang managed by westerners, have developed games for Facebook, the iPhone and iPad, Wii and BlackBerry, company president Volker Eloesser said by email.

Computer use doesn't appear widespread yet in North Korea, where power is scarce and most of the country remains analog. It's still the domain of the privileged in Pyongyang, and aside from top government officials, most only have access to the country's internal Intranet network, not the strictly allocated global Internet.

But inside the cocoon of computer labs and IT centres, young North Koreans are well-versed in programming, Tjia said.

"The knowledge available in the country is in many cases up to the western level,'' he said, adding that those who need extra training are routinely sent to India and other countries.

And increasingly, North Korea is getting on the World Wide Web.

Flag carrier Air Koryo may not have a website but does have a Facebook page with 1,200 fans and engages in lively, humorous discussions with followers while dispensing advice on travel and visas.

"You kidding right?'' Air Koryo responded. ``There are many things to do before even looking at 'Online check-in' such as actually creating a website.''

Beefing up science and technology to build up the economy has been a national creed and government mission since the countdown began in 2009 toward the milestone 100th anniversary of national founder Kim Il Sung's birth.

A new, oft-cited slogan has emerged: "Breaking through the cutting edge.'' And in this year's New Year's editorial, the government emphasized the importance of science and technology in this "IT era.''

Last year, references to "CNC'' -- computer numerical control -- began popping up regularly in state media, on propaganda posters, on T-shirts and in the latest rendition of the Arirang mass games. Everything from pencils to sandals are being churned out at top speed, thanks to CNC, according to state media.

It even has its own ode: "Song of CNC,'' said Kim Hyang, a guide at the Three Revolution Exhibition Hall hall where products made with CNC are displayed. Asked to hum a few bars, he laughed and demurred.