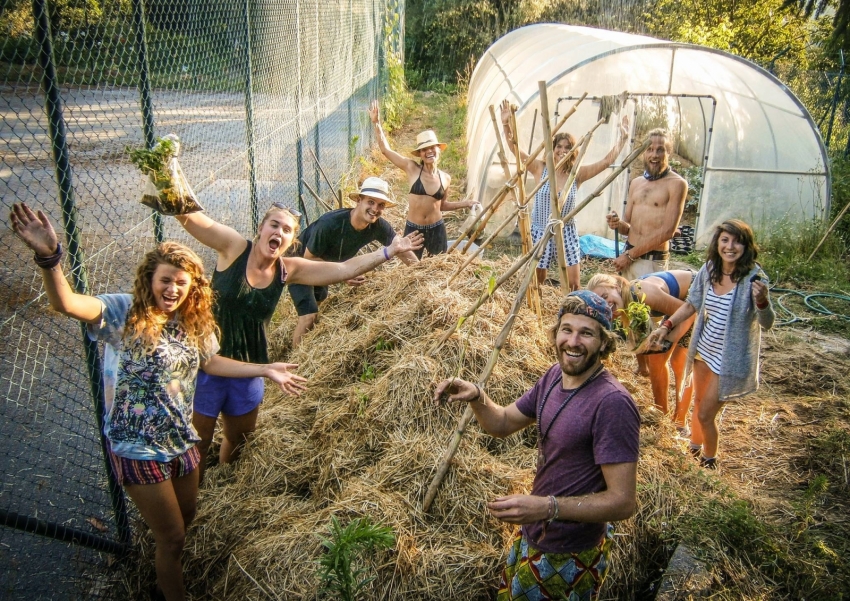 Some of Canadians’ favourite vacations will soon go the way of gas-guzzling cars and fur coats.

Putting on the Ritz is out. As are the usual mass migrations into and onto constructed and natural wonders tourists have gradually been destroying over the centuries such as the Coliseum and Great Barrier Reef to name just two.

The great Roman statesman Seneca once commended travel for improving the mind.
The problem began some fifteen hundred years or so later when the Industrial Revolution got a hold of leisure travel. BAZINGA, it conceived a monster that seemed like a good idea.
Consider these figures: International arrivals hit 25 million in 1950, 806 million in 2005 and will double again by 2020. When that many people on constant mass migrations go to the same urban areas and ecosystems, long-term effects can be traumatic.

Despite its “Hands Up!", fun-filled image, tourism as a polluter is up there with the big bad boys like chemicals and cars, a trillion-dollar industry accounting for 8 per cent of employment, 5 per cent of global GDP and not surprisingly 5 per cent of greenhouse gases.

As a country, it would be the fourth worst polluter in the world, Left unchecked, travel-related CO2 emissions will increase by 152 per cent in less than thirty years.

But amidst the gloom in a recent special advance online release of a report called “Investing in the Tourist Industry” the UN Environmental Protection Agency sees cause for optimism, especially how “green” travel, is growing six times faster than traditional travel.

The new travel chic for young and old, is various forms of sustainable tourism such as: ‘nature-based tourism’, ‘ecotourism’ and ‘cultural tourism.” The UN notes, “some say that what we presently call ‘alternative’ will be the ‘mainstream’ in a decade”, though declining to elaborate on who the “some” saying that actually are.

The itineraries of the au courant now tend to harvesting organic coffee in Hawaii and roses in Azerbaijan.  Or saving at-risk wildlife in Namibia.

The venerable Sierra Club sanctions only companies and agencies who adhere to a list of principles which include “the right and needs of indigenous human people and the biodiversity of the environment; wildlife migration routes.”

A Google search turns up a bevy of organizations with catchy acronyms like TIES (The International Ecotourism Society) which provides links to approved tour operators.or WWOOF (World Wide Opportunities on Organic Farms).

WWOOF, pronounced as a dog barks, was invented in 1971 by a London, England office worker who thought organic farms could use a hand from urban dwellers who could use a weekend in the lovely English countryside.

It has grown into a huge network of farm hosts in over a hundred countries around the world, where willing workers trade their labour for room and board in what economists, should they ever write about it, would call a barter exchange.

Celeste is a mature Toronto Millennial calling a timeout from politics to tend to travel dreams on a budget. Of Italian heritage, she chose to WWOOF the Vendemmia, grape and olive harvest at a Tuscan vineyard. The weekday room and board finance unforgettable weekend excursions to Brunello wine’s hometown of Montalcino; Michelangelo’s hometown of Florence and the leaning tower’s hometown of Pisa

Canadian destinations range from the Queen Charlottes in the west to Bonavista in the Far East. And from the Northwest Territories to, for those who feel uneasy straying from the Centre of the Universe, a short commute from Toronto, WWOOF is not just a clever, catchy acronym, it has achieved that elite web status of being both noun and verb.

It is far beyond fad or even trend, but is in the vanguard of saving tourism from itself. Honestly, when have you heard “tourist” used as a term of endearment?  In environmental terms, it is a truly dirty word unless preceded by a qualifier like "eco" or best of all “sustainable.”

WWOOF’s network of thousands of organic farms around the world is the kind of option the United Nations no less says is urgently required. WWOOF connects organic farmers looking for a hand with travellers looking for new experiences and more environmentally responsible choices as they have for other consumer goods such as clothing, cars and deodorant.

So how does WWOOF work, and save the planet?

The more people who work on sustainable farms, the less demand there is for giant resorts that can impact coastlines coral reefs, wildlife and vulnerable cultures. Plus, WWOOFing can offset much of the GHGs created by the jet travel by the increase in sustainable farm production.

How does it get you where you want to go? First it is NOT a travel booking agency. It can connect you with all kinds of farms from Alaska to Zimbabwe. But it’s DIY from there.

Clearly not a great idea for the serious carnivore. But it beats the hell out of margaritas at the swim-up bar at the all-inclusive resort in all kinds of ways. And that is the point. Besides, how many chances do you get to work at a place called the Vulture Restaurant? The selfie: Viral. The sense of accomplishment? Endless.

A great way to use leftover bread
Ben KielyJan 16th, 2017

PetFam is the latest addition to Vancouver’s burgeoning sharing economy