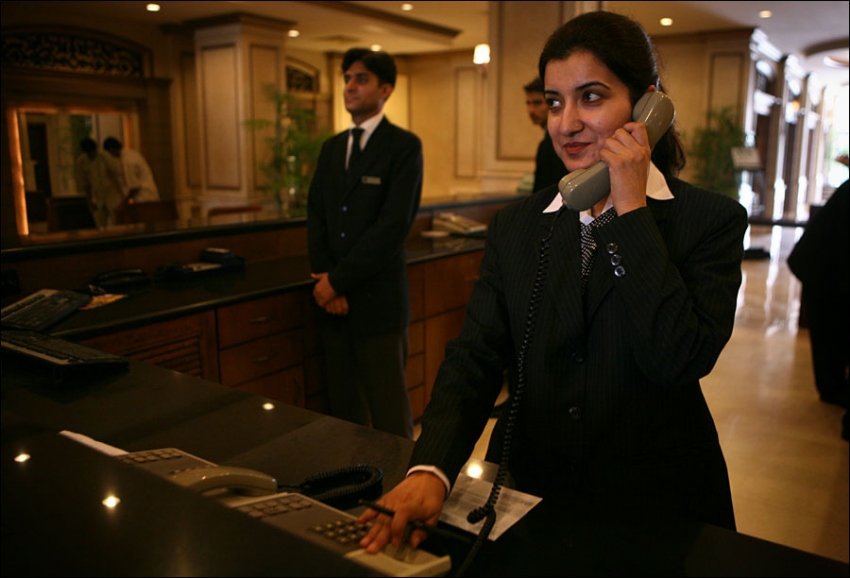 Take a moment to appreciate your hotel staff on your next vacation, as one woman in Munich discovered, they could be your guardian angels when a drunk tries to follow you back to your room.

A recent Reddit post sparked a huge discussion online after a woman explains how the staff at her hotel made sure she wasn’t date-raped. The traveler posted her perspective on Reddit about how a man attempted to follow her to her Novotel hotel room in Munich. A few minutes after she reached her room alone, she received a call from the front desk asking if she was OK.

A guy who seemed totally normal and okay hung out with me and bought me a couple of drinks tonight. We talked a lot, but he insisted that since we're both married it was only conversation and that's what he wanted. He got me a couple of strong drinks and after the last one I drunkenly headed up to my room.

Then I noticed he came up to my floor, he was right behind me asking me if we could hang out in one of our rooms. Um, no. I told him that I'm absolutely not okay with that.

About two minutes after I arrived in my room I received a call from the front desk. Someone was concerned after they saw that man, drunk, follow me into the elevator and just wanted to make sure I was okay.

I almost cried on the phone thanking these people for this kind of courtesy. I have never felt so looked out for. Novotel is the shit.

So, in light of all the horrible things happening in the world of late, let’s give it up to these fabulous Samaritans who kept an eye out for each other and restored some faith in humanity. Cheers to the everyday heroes who are doing it right!