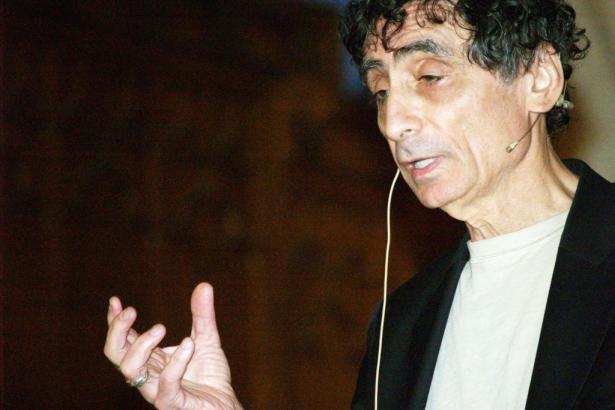 With much focus lately on economic inequality, several public health experts – including Vancouver addiction expert Dr. Gabor Maté – have added their voices to the debate, arguing that self-determination and community support are essential to well-being.

The medical profession has for too long ignored social and economic factors in illness, but the evidence is undeniable, Maté told the crowd gathered at St. Andrew's-Wesley United Church on Sunday.

“Health is not an individual dynamic, but very much a product of the social and economic environment,” said Maté, author of In the Realm of Hungry Ghosts: Close Encounters with Addiction and When the Body Says No: The Hidden Cost of Stress.

“(Medicine) thinks illness is an individual problem with individual solutions.

“It's organized insanity for the medical profession to ignore those links. The biggest predictor of health or lack thereof is actually social status. The socioeconomic system doesn't support a healthy childhood and we try to medicate kids' brains. It's not just money; it's the degree of control over our lives.”

He agreed that the medical profession needs to adapt to evidence that poverty and social inequality are key factors in disease.

“We know that the biggest predictor of suffering on a mass scale is inequity,” Raeburn told the audience of nearly 400. “The world has moved into a neoliberal economic system that favours the rich, (while) we have more and more people getting poorer. That spells trouble.”

Raeburn argued that incuding concepts of well-being, “social connectedness” and spirituality into the medical field would go a long way towards addressing the social causes of illness.

“My colleagues ... don't get a concept like well-being,” he said. “For years I've been teaching how self determination (enables) people themselves set their own goals and aspirations.

Maté also spoke of his belief that traditional indigenous medicine offers solutions where Western medicine has fallen short. He said experiments with treating addictions with ayahuasca, a psychoactive plant found in the Amazon, have been widely successful, despite the plant being considered illegal in Canada.

“We dealt with people who were heavily addicted, all of whom got clean (using ayahuasca),” he said. “Health Canada tells me you can't use it. It's non-toxic, yet it's illegal. If that's not insanity, I don't know what is.”

Maté said his experiences with treating addiction in Vancouver's Downtown Eastside taught him the links between well-being, economic status and childhood experiences.

“Experiences in the first years of life actually shape the systems of the brain through which we relate to reality and to other people,” he said.

“In my work in Downtown Eastside, I met no woman who had not been sexually abused as a child.

“The issue is not why the addiction, but why the pain?”

One factor that mitigates the effects of inequality, Maté said, is community and compassion.

“If you look at the single factor of resilience, it's the presence and compassion of people who support you,” he said. “Resilience, learning and healing needs compassionate witnesses, and empathetic mirroring.”

The St. Andrew's Wesley event, titled “Stories of Strength: Perspectives on mental well-being,” also featured Melanie Rose, a comedian who lives with bipolar disorder and anxiety. She shared a stand-up routine, for which she was trained through the Stand Up for Mental Health programme.

Rose entertained the audience with her biting humour about her mental health condition, dating and hospitals. But she had a serious message as well.

“If you have some sort of illness, you should honour it,” Rose said. “Don't quit before the miracle.

“Comedy really calmed me down and stabilized me a lot. If you can find humour in everything, it allows people to be vulnerable with you. My advice is, just try -- and don't be afraid to try.”