Pecha Kucha a simmering saucepan of food, art and ideas

Vancouver's sold-out Pecha Kucha Volume 19 event -- part of a global slide show night movement -- brought together some of the city's most prominent, as well as its least-known, food and drink people on November 24. The Vancouver Observer takes a look back. 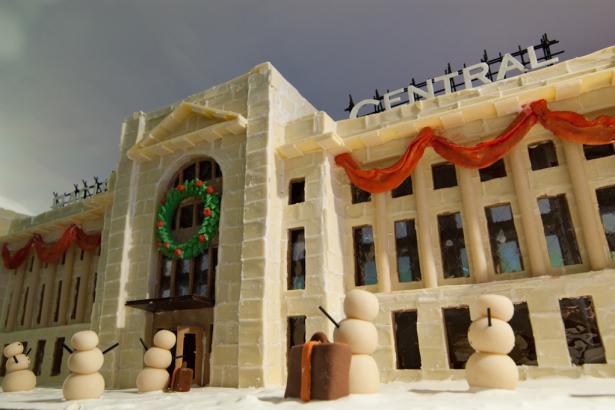 Take an array of chefs, chocolatiers, and vintners -- spanning from corporate to underground. Throw them on a darkened stage on equal footing with a feared local food critic. Project some brief, mouth-watering slides and throw in a sold-out audience.

It's been a week since Pecha Kucha held its 19th Vancouver event, hosted by Scout Magazine's publisher and editor, Andrew Morrison, and people are still talking about it – and wondering what topic the next one will cover. The unique presentation evenings are a global phenomenon in which presenters have only 20 slides to show for 20 seconds each -- in order to quickly highlight their design or art, explain what they do, and give people a glimpse into their world. All that, in just under seven minutes.

“I think it's going to be a running gag: someone random coming up to me and throwing out quotes from that night,” laughs 12b's Chef Todd, a self-described “underground dinner party” cook who invites guests into his apartment and serves them a custom-crafted feast. “One guy was really hyped to try my Wu Tang carrots.” Wu Tang carrots? “Carrots shaped after the Wu Tang symbol.” Ah, but of course.

Chef Todd – the only name he would provide the Vancouver Observer, because of fears his home business might attract undue attention – presented on his rather bizarre concept restaurant which some describe as “guerilla.” A guest makes a booking for a minimum of eight people. They provide any food concerns and allergies. Chef Todd gives you the address to his secret home location – “apartment 12B,” somewhere off Main Street. Guests bring alcohol, and he serves you a banquet.

Other presenters including a chocolatier who sculpts Vancouver landmarks – such as Pacific Central Station – from chocolate, and creates what can only be described as cocoa fine art. Like most of the presenters we spoke to to get their reflections on the event, it was Adam Chandler's first Pecha Kucha.

“There's a growing interest in food as a creative medium in the city,” Chandler, co-owner of BETA5 chocolates, told the Vancouver Observer. “People take a creative approach to food and the presentation of it -- to be hands on about sourcing, growing your own, or foraging it.”

The highlight of the evening of short presentations, for Chandler, was hearing the Globe and Mail's West Coast food critic, Alexandra Gill, explain her work and philosophy.

“We all have a little fear of her,” Chandler joked. “She has a fair amount of clout in the city. She's one of most reputed critics in the city -- very well-respected in the industry. People in food think very highly of what she has to say.”

“Being in the kitchen you never really get a sense of who that person (the critic) is as a person. You know them from their writing and critiques of peoples' food. It's interesting to see her as a person, and see her approach.”

Gill seemed genuinely amused that some of the foodies were nervous to be in a room with her, considering she has the publishing-power to pan or praise restaurants and food businesses. In fact, overcoming peoples' fear of food critics was one of her goals with her presentation, she said.

“A lot of people see me as a witch, or something that rhymes with witch,” Gill told the Vancouver Observer, chuckling. “Over the years, it's been a rough road.

“I spent a lot of time thinking about what to say, and being who I am: irreverent, self-deprecating. I wanted people to understand where I come from -- I hope it demystified what I'm doing.”

We asked Gill why Vancouverites have made this city's Pecha Kucha – held every few months – one of the most popular of the 455 world-wide events.

“Vancouver is one of the most strongly attended events (world-wide) – which doesn't surprise me,” she said. “When I was an arts reporter, (I saw that) what sets us apart from other cities – what makes this community interesting – is grassroots events, underground events, like site-specific theatre. There's a really offbeat artistic community here.”

“This is a forum where all types of artists can come together. And food is an important part of our cultural community here.”

Chandler agrees, adding that for many young professionals, designers and artists, Pecha Kucha offers a rare chance to network and promote their work outside the big-business framework.

“There's a lot of young, creative people who are frustrated with the larger corporate system that seems to dominate the world,” he mused. (Pecha Kucha)'s a forum where people can come together and share ideas.

“A lot of younger people are interested in developing new ideas, sharing new ideas, and interacting with each other. Pecha Kucha gives a forum to express their voice when it might be pushed aside in the bigger system.”

Founded in Japan by two renowned architects in 2003, the vision behind the popular Pecha Kucha Nights was to allow “young designers to meet, network, and show their work in public.” But with its simple, slide-based format, and short presentations meaning that the famous could present from the same stage as the unknown, the events soon spread outside the architecture and design world.

Pecha Kucha is a Japanese expression for “chit chat,” and the fast-paced format keeps evenings lively and fun, the organization's website says. The next event in Vancouver has not yet been announced – hosted by design firm Cause+Affect, it occurs every few months on a different topic each time.

Corporate sponsor.  The words hovered on the otherwise empty screen above Steven Cox on the stage of the Vogue Theatre. Volume 20 of Pecha Kucha Night, sold out as usual, and Cox aimed his...
Linda Solomon WoodMar 1st, 2012 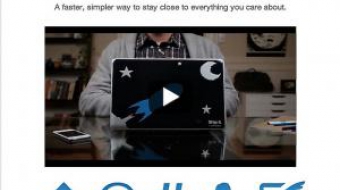 The goal: more than a billion of us tweeting.
Christina MontgomeryDec 9th, 2011 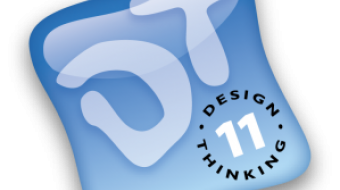 Creative problem-solvers and innovators will be gathering at the Design Thinking unConference (DTUC) on August 19-20 at the Emily Carr University of Art and Design on Granville Island.
Jenny UechiJul 18th, 2011
Speak up about this article on Facebook or Twitter. Do this by liking Vancouver Observer on Facebook or following us @Vanobserver on Twitter. We'd love to hear from you.