Cory Montieth: Cremation and final video to a fan 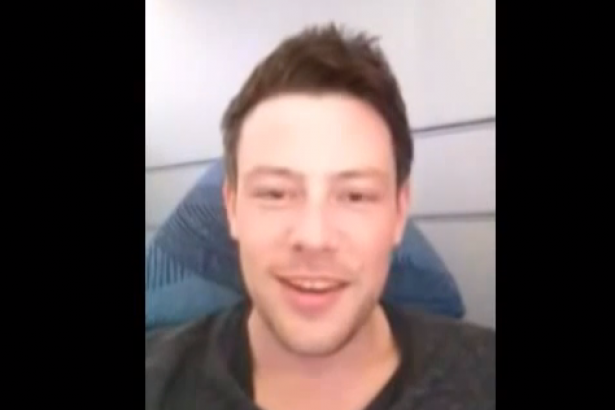 Cory Monteith records one last message for a Gleek.

According to the BC Coroner's Office, Cory Monteith died from mixed drug toxicity due to heroin and alcohol. Following the postmortem, which was conducted at the city morgue beneath Vancouver General Hospital, Monteith's remains were released to his mother, Anne McGregor. You can hear the announcement from BC Coroner's Office media contact Barb McClintock below, which was released on July 16.

This is the office's only public statement regarding Monteith's death.

Cory Monteith's body was then cremated in private on the same day.

Where was Cory Monteith cremated?

Cory Monteith's cremation was a very private affair, even to the extent that the star's own father didn't know about it.

Joe Monteith, who lives in New Brunswick, was not invited to the cremation. Father and son had been estranged for years, but were working on repairing their relationship. Joe Monteith told TMZ that he didn't find out about his son's cremation until after it happened.

The average cost of an American funeral was $6,500 as of 2009, and that number has surely risen along with inflation. An item posted by the University of Western Ontario pegs an average Ontario funeral between $5,000 and $7,000.

A basic cremation, with no funeral service, can cost under $1,000 in the Lower Mainland, though that cost fluctuates across Canada.This cost includes transporting the body, refrigeration until the time of cremation, and a temporary urn for the ashes.

Adding a funeral service can easily double that expense. Cremation can circumvent the extra stress and expense associated with a traditional burial, which also involves buying a cemetery plot and choosing what type of coffin in which to inter your loved one.

Basic funeral services cost roughly $2,000, and a "cheap" coffin comes in at roughly $700. That is only the beginning if a family is so inclined: a funeral director at Dignity Memorial says that a high-end coffin alone can cost $4,000. By comparison, he quoted a cremation and basic service as costing just under $2,000.

Once cremated, the ashes of your loved one are yours to do with as you see fit, or as he or she wished. Ashes can be buried, or interred in a plot or mausoleum; or they can be kept at the family home, scattered at a favorite location, or even shot from a cannon.

Privacy is also a reason for someone to choose cremation over a traditional burial.

Cory Monteith was not only a celebrity, but a star of "Glee", a show well known for its highly loyal and dedicated fan base. The more time between a star's passing and the funeral service, the more likely the media will find out the funeral details, and thus the more likely a private ceremony can become a public spectacle.

With no public resting place, there is no gathering point. The converse of this is not lost on Père Lachaise Cemetery in Paris, which is constantly dealing with vandalism associated with visitors to Jim Morrison's grave.

A private cremation can also serve in frustrating the efforts of funeral-picketing hate groups.

How popular is cremation?

While the local funeral homes with which we spoke would not divulge any details associated with their own clients, cremation is growing in popularity.

Cremation has overtaken traditional burial in Canada, which has close to a 70% cremation rate.

As of 2011, the National Funeral Directors' Association reports the US cremation rate at 42%.

On his flight to Vancouver, Cory Monteith recorded a quick video for a fan. Monteith tells her to "stay out of trouble and stay in school." The video was posted July 14, shortly before Monteith died.