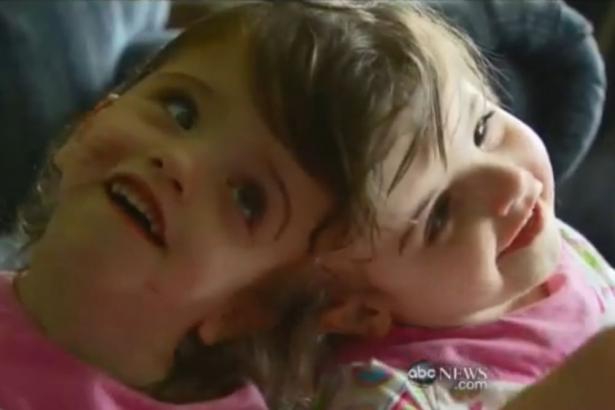 It's a long way from Vernon to the Big Apple, but that's life for a couple of young B.C. celebrities.

The Vernon, B.C., girls who are joined at the head will be five next month.

Their mother, Felicia Simms, told Cooper that even though the girl's are joined, they are very different people.

She says Tatiana is very loving and wants plenty of hugs and kisses, while Krista is more of a diva, who knows what she wants and when she wants it.

Simms says some parents have a negative reaction to the girls and have even stopped their children from playing with the twins, but most children don't have any problem interacting with the conjoined pair.

Doctors have said surgery to separate the girls wouldn't be safe because they share a critical part of their brain.