Gloria Steinem at 77: Reflecting, with a memoir in the works and a new documentary on her life

The "goddess of the feminist movement" takes time to reflect on a life of activism. 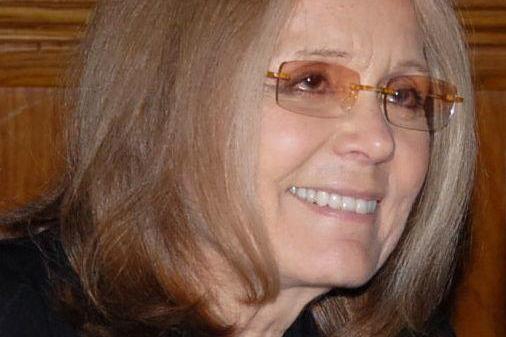 There are a million ways that women remember Gloria Steinem, and with a memoir in the works and a documentary on her life about to air, there will be plenty of chances to celebrate them all.

And for once, the author, activist and feminist icon isn't talking about a case of gender inequity at home or a human rights violation across the globe. This time, she's talking about her age.

Steinem is 77, and most people are even more shocked than she is. Not only because she looks fiftyish, but because she is, in the minds of many, frozen in the 1970s -- a tall, slim, striking woman with long streaked hair (it's still streaked, but shorter now) and those big aviator glasses.

But four decades have indeed passed since Steinem helped launched the women's movement. And this summer finds her in a reflective mode: working on a book about her years on the road -- a combination of essays and memoir -- and promoting a new documentary celebrating her life. "Gloria: In Her Own Words'' premieres Monday on HBO.

Nestled on a couch in her comfortable Manhattan apartment one recent afternoon, Steinem acknowledges that often such tributes come at the end of one's life and career -- and she has no intention of either ending anytime soon.

But, she says, maybe this isn't such a bad time to look back a little.

"My hope is, this film will make people think: It's been 30 or 40 years. Where do we want to be 40 years from now?'' Besides, she adds: "I want people to realize that if a very imperfect person did this, maybe they can, too!''

That self-effacing tone runs through much of what Steinem says-- she likes to stress, for example, that if she had never come along, the same progress for women would have been achieved anyway. (Steinem was a highly visible spokeswoman for the women's movement, but there were many others who made it happen, too.) Her admirers say they're not so sure.

"It would have been like Christmas without Santa Claus-- she was the goddess of the movement,'' says Sheila Nevins, co-producer of the new documentary with Peter Kunhardt, who directed. "She doesn't take credit, but I give it to her.''

One of Steinem's most important qualities, says Nevins, is that she showed "how you could be the bull AND the china shop _ aggressive AND gentle.'' She notes that growing up, she was taught to think a girl couldn't be pretty and smart at the same time: "Gloria made me realize I could.''

Steinem, though, makes clear that being branded the beautiful, sexy feminist was a double-edged sword at best.

"It's a problem we all share, getting identified by your outside looks,'' she says. "The most hurtful part is that you work very hard, and people say it's because of your looks.''

Steinem learned that lesson well before she became an activist -- with her famous Playboy adventure in the early '60s, where she donned the bunny suit to go undercover for a magazine and expose degrading working conditions at the Playboy Club.

She deeply regrets the whole episode. "I could not have made a bigger mistake,'' she says. "It was personally and professionally a disaster. In the short term it was much harder to get serious assignments, and in the long term it's been used to ridicule me.''

Steinem can't escape the Playboy story: Recently she's been asked by many journalists what she thinks of an upcoming NBC period drama about the Playboy Club. For the record: not much, though she hasn't seen it yet. They were tacky, awful places to work,'' she says of the clubs. "This will no doubt be a glamorized version.''