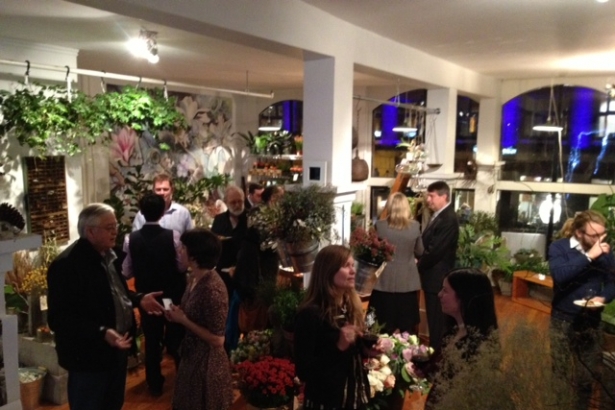 One morning in early 2010 I was sitting at my desk overlooking one of the busiest drug trafficking alleys in Vancouver. I had been Communications and Business Development Associate (the longest title I ever hope to have) for just a few months at Building Opportunities with Business (the second longest named organization I've ever worked for). BOB had been created out of a multi-governmental agreement to support the economic revitalization of the city's Downtown Eastside and improve safety and livability for residents and businesses in the area. With respect to a very healthy illegal drug economy we knew that opportunities for healthier forms of entrepreneurialism and job creation existed, we just needed to figure out how to create enabling conditions and offer support. The organization had been around for just over five years at that point and in many respects it had only been the last two or so that we had found our stride, assembled a great team, and had begun to get really good at what we were doing. A co-worker walked over to me that morning and handed me a memo that our office had just received from Western Economic Diversification (WD), a wing of the Federal Government tasked with supporting a range of initiatives to support economic development in Western Canada. The memo spelled our doom.

A year later staff, including myself, had packed our things and moved on. But a loan fund remained under the governance of the organization, as several businesses were still paying it back.

I was recently hired back on as an independent consultant to work with the current BOB board to continue putting this money to work in the community. I write this partly to vent and partly to share my enthusiasm for nimble, networked collaborations.

Under Paul Martin it was cities, where over 80% of Canadians now live and work, that were likely to drive the future economy of Canada. Cities were clearly the centres of innovation, intellectual property, services, the FIRE sector (Finance, Insurance, Real Estate) the creative economy, high-tech, online business, the knowledge, arts and culture economies, construction etc. Investment had therefore been made into improving the long stagnant or declining economic conditions of inner cities like Vancouver's DTES so that they were not left behind in the urban economic future. Not to say this was the only area the Federal Government of the time was focusing, but it was an important part of the overall understanding (if not vision) of Canada's economy as it became an increasingly urban country. One of the most urban geographically large countries in the world. I'm a cities guy. I'm fascinated by them. I both love them and am disgusted by them. My fixation on the good or bad aside, they are where the majority of us in Canada now live, and truly do comprise the lion's share of economic activity in our country.

The memo, on Government of Canada stationary at the time, said that WD was re-prioritizing economic development funds to rural areas and that our funding would not be continued. What had changed? The Federal Government had.