The new MEC new logo: is it good or does it suck?

Mountain Equipment Co-op will just be called MEC. You can start complaining... now.

MEC changes its name to MEC

Instead, you will be greeted with the acronym "MEC" in white sans-serif letters against a lighter green square. 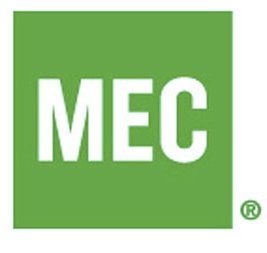 Yes, it certainly does look like an app icon.

CTV pointed out the immediate negative reaction to MEC's new logo, but that's to be expected.

Whenever a company changes its logo, its fans will immediately complain. This is the norm for any design change: logo, website theming, what have you. No matter what you do, your customers or readers will find something about it to hate.

In this case, though, the Grouse Grind crowd has a legitimate reason to grouse: I mean, does the new MEC logo remind you of anything?

"Yeah, but GAP has serifs in its font, and MEC doesn't!"

To which I respond, "That's like Vanilla Ice arguing that 'Ice Ice Baby' isn't sampling 'Under Pressure'. It's a losing battle. You will simply never convince me."

As for the name simplification, I totally get it. Kentucky Fried Chicken finally gave in and became KFC. Who was the Colonel to blow against the wind?

Let's face it: nobody says "Mountain Equipment Co-op". We say "MEC". The only variation is whether we prounounce it "Em Eee See" or "Meck".

Okay, smart guy, what would you do?

Fine, since you asked, If I had to put a new MEC logo together in 30 seconds (which I do), my version would look like this:

I'd opt for a narrower font, with the kerning adjusted to allow a bit more breathing room between the characters, but definitely sans-serif, and definitely with the mountain. Anyway, you get the basic idea. We're talking broad strokes here.

Times, they are a-changin'

Says MEC CEO David Labistour, "Canadian society is increasingly urban, connected through technology, and becoming an attractive market for US and global brands. To remain relevant and responsive to members’ needs, we have expanded our product assortments and the activities we support – moving from mountains, to oceans, and spanning every landscape in between."

Some of us (many of whom are Australian and here for one or two years), the bigger question will be whether or not MEC will carry regular snowboards in addition to the touring-friendly splitboards currently on offer.

In terms of ski and snowboard clothing, I'm personally glad that MEC favors function over fashion, and I hope that this doesn't change. Faux denim is for children (and the US Snowboard team, apparently).

This is the gist of it, really: MEC's logo evolution is irrelevant next to its brand evolution: While MEC is clearly trying to de-hippie itself, it should not stray into lifestyle-brand territory. That way leads to doom. Brand encompasses much more than mere logo: it's the entire experience MEC wishes to evoke.

Before you pour too much haterade upon MEC, just remember that its logo redesign is nowhere near as catastrophic as that of American Airlines. Since 1934, AA has somehow strayed from this awesome eagle: 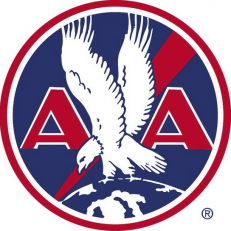 ... to this bookmark that kind of evokes an eagle if you look at it a certain way: 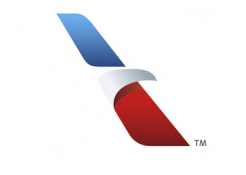