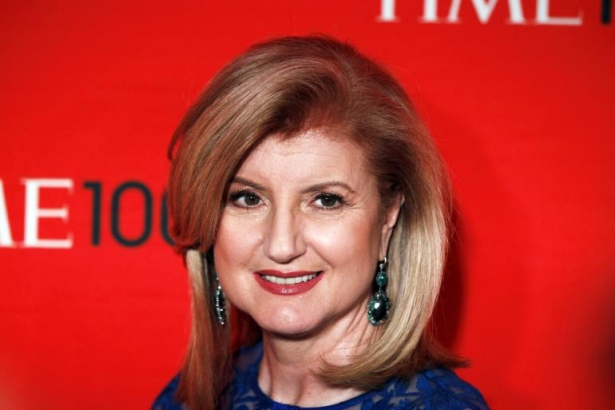 Are the world's rich and powerful getting yet another international media platform?

Online media tycoon Arianna Huffington and billionaire Nicolas Berggruen announced Thursday they are combining forces in a 50/50 launch of The World Post — an international news website that will replace the World section of The Huffington Post, in addition to a stand-alone online presence and syndication to print publications around the world.

The editorial board includes a roster of billionaires, such as Eric Schmidt, the executive chairman of Google; Pierre Omidyar, the founder and chairman of eBay; and Walter Isaacson, the chief executive of the Aspen Institute. Former British prime minister Tony Blair and Microsoft’s Bill Gates, as well as advisers to the billionaire's think tank — the Berggruen Institute—will be numbered among the publication's contributors, The Guardian reports.

The site will officially launch at the World Economic Forum in Davos, Switzerland later in January—an annual gathering of the world's most rich and powerful people.

The announcement immediately kicked up a firestorm of criticism.

"The 1% are about to get their own publication," wrote Dominic Rush in The Guardian.

Berggruen and Huffington claim that they will feature elite voices alongside lesser-known ones. “You can have all those heads of state and major business people, etcetera etcetera, writing right next to an unemployed man from Spain, a student from Brazil," Huffington told The Guardian.

Yet a Wikileaks tweet cast doubt on this claim, taking aim at the new outlet's known roster of billionaire CEOs, architects of war, and powerful politicians:

Not only will World Post be funded by a billionaire, but it will be a platform for billionaires to form the narrative w/o comprador voices.

Jim Naureckas of Fairness & Accuracy in Reporting indicated that, given the current media landscape, there is nothing surprising about the new venture.

"1% about to get their own publication," @Guardian says of World Post. How many publications AREN'T owned by 1%? http://t.co/XZQxfesdUy

Jeff Cohen, director of the Park Center for Independent Media at Ithaca College and founder of FAIR, told Common Dreams that, while he is generally supportive of Huffington, he is taken aback by the latest development.

"I believe in general Arianna Huffington has had a genuinely positive media impact," Cohen told Common Dreams. "This move is as confusing as the AOL merger."

He added, "The elite don't need any help. They already have a platform."