The third of three sprouts stories presented by Eatmore Sprouts and Greens. 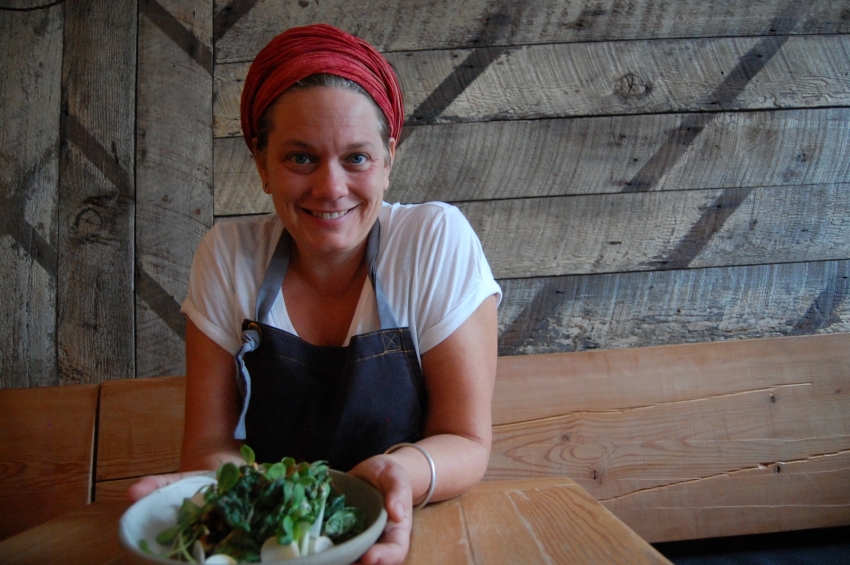 Carlson who, as chef of Sooke Harbour House on Vancouver Island in the 1990's, gained an education and “clear understanding of the quality of the flavour of food relating directly to how it’s grown" from nearby local food producers.

She learned from local foragers and growers about wild greens, mushrooms, edible flowers and from local farmers about organic meats.

Sourcing the freshest local ingredients became the inspiration for her cuisine, so much so that as chef at Raincity Grill in Vancouver, she created the first Canadian 100-mile diet restaurant menu.

Now, at Burdock and Co., she continues to champion small scale, local producers by committing to buying their harvest and by inspiring other cooks and restaurateurs to follow her example. 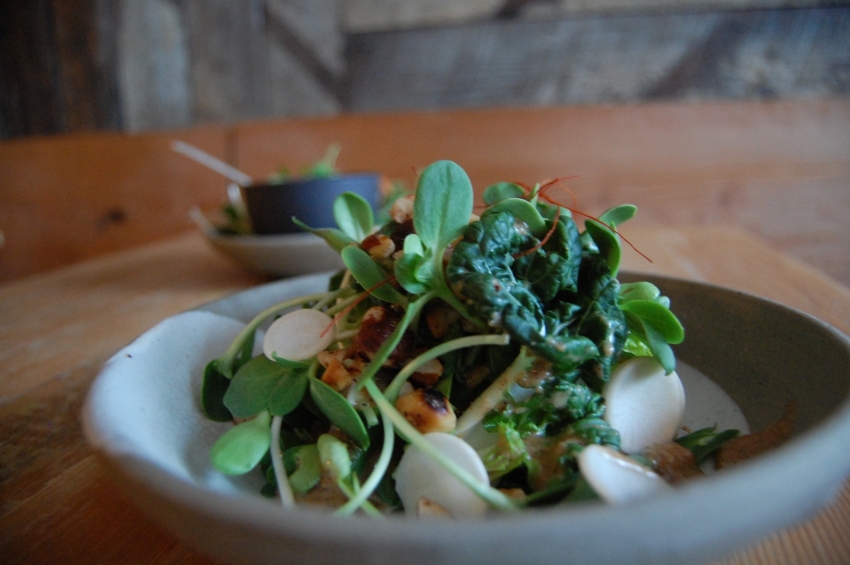 One of the major challenges of sourcing from local producers is that many of their products have an extremely short period of availability.

Not so with sprouts. Carlson knows sprouts are one local organic ingredient she can count on to be fresh, available and hyper-nutritious year-round.

Carlson loves using them to bring a bit of acidity and texture to some of her dishes, and also to highlight the flower season. That’s why she created the Sprout Goma-ae Salad, with asparagus and fiddleheads.

“The inspiration is something like a [Japanese] goma-ae salad,” she said. For a Vancouver-twist to the dish, she replaces sesame seeds with the very-local hazelnut, and uses maple syrup instead of mirin.

The backbone of this salad are the sunflower sprouts, which provide a crunchy texture, and contrast with clover or alfalfa, whose tangy flavour is so delicate that it doesn’t undermine the finesse of the dish.

“By no means is it a matter of just grabbing sprouts and sticking them on something. You want to bring up their texture profiles and their flavour profiles the best way that you can,” Carlson suggested.

Sprouts get the Italian treatment from Campagnolo Roma's Jesse McMillan,