Over the course of an artistic career spanning 40 years, Haida artist Reg Davidson has carved masks and sculptures, painted drums, produced gold jewelry, and even sewed traditional regalia. If there was one thing missing from his bucket list, that was being the muse of a fashion designer.

That all changed when Wendy Van Riesen came into his life. The creator of the eco-conscious clothing line Dahlia Drive was visiting Haida Gwaii when she met Davidson at a potlatch, and then visited his workshop. Van Riesen was blown away by the Haida artist’s work, which is inspired by Indigenous legends. She decided to put the designs into a new, wearable format, in the form of clothing. 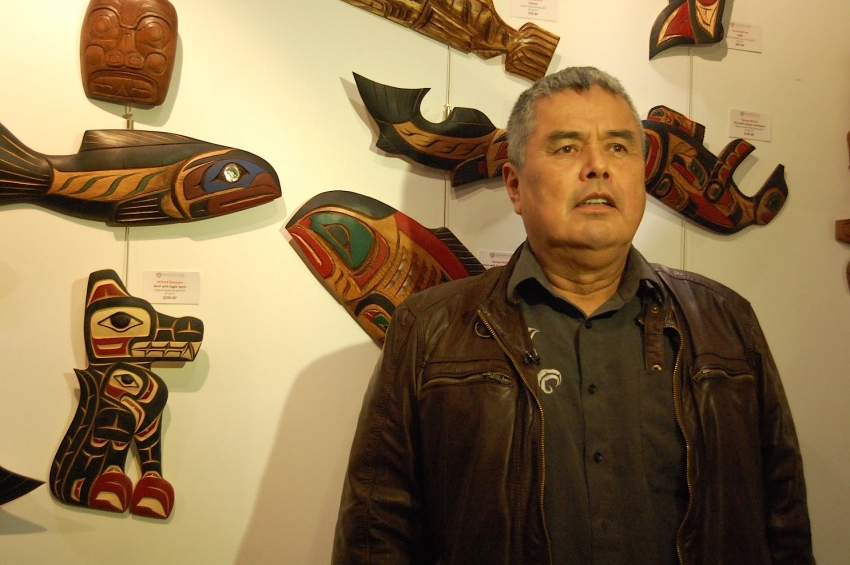 The professional collaboration between the two started in July of 2015, and the final product was presented in an informal runway show held at Vancouver’s Skwachay’s Lodge. The collection was named Ravens, Eagles, Polka Dots: A Reg Davidson/Dahlia Drive Collaboration and it is based on Davidson’s “Raven Dancing” silkscreen and “Eagle Drum” painting. At the core of it all is “the story of a friendship,” Van Riesen said.

Models of all sizes and ages wore see-through blouses and dresses, with colours evoking the blacks, reds, whites, and blues on Davidson’s prints and poles. Recycled curtain sheers and slips were used to create the garments. 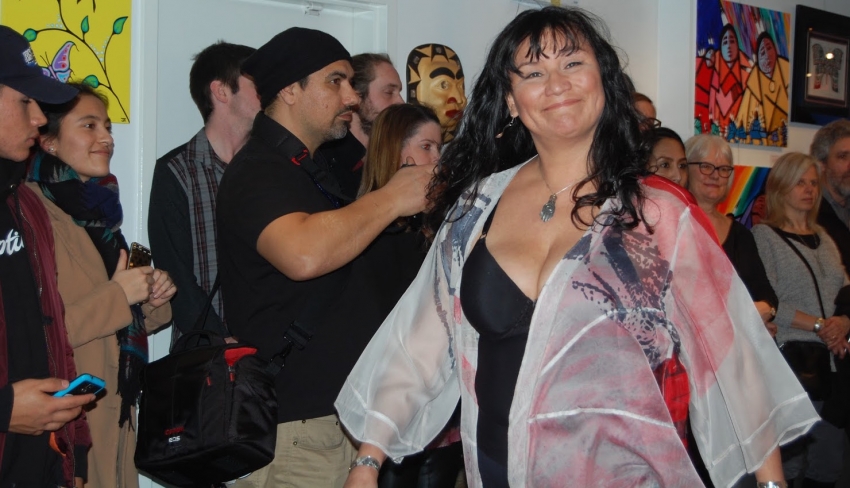 “I’ve been doing my art since 1972, and all the pieces I do are for collectors. Once they are bought, nobody sees them, right? And so, when the designs go on clothing, when you go to events, you get to see the designs been worn and other people will get to see them,” Davidson said. He added that he experienced a similar feeling when four of his mythical red cedar sculptures were unveiled at the Vancouver International Airport earlier this year.

“You are bringing our art and our culture beyond our village, and it’s allowing more people to understand and appreciate it,” he said. 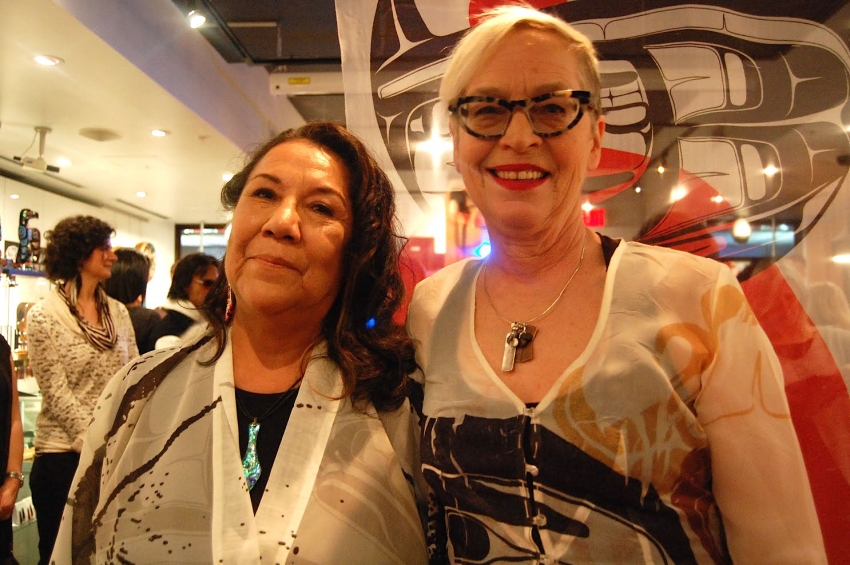 Designer Wendy Van Riesen and one of her models. Photo by Valentina Ruiz Leotaud. 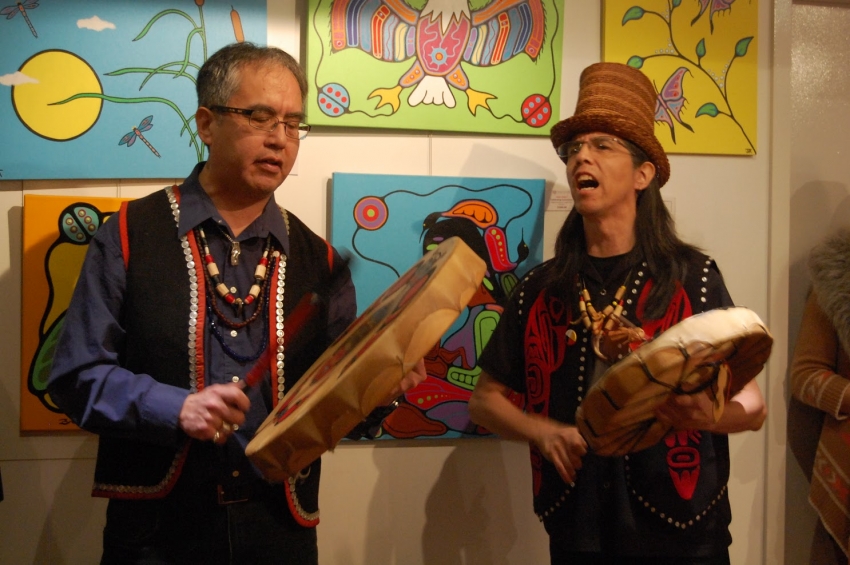 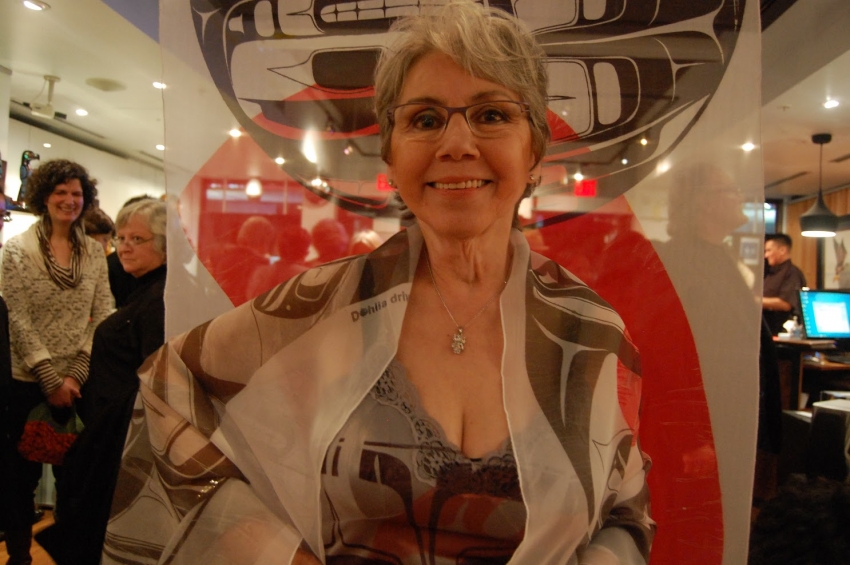 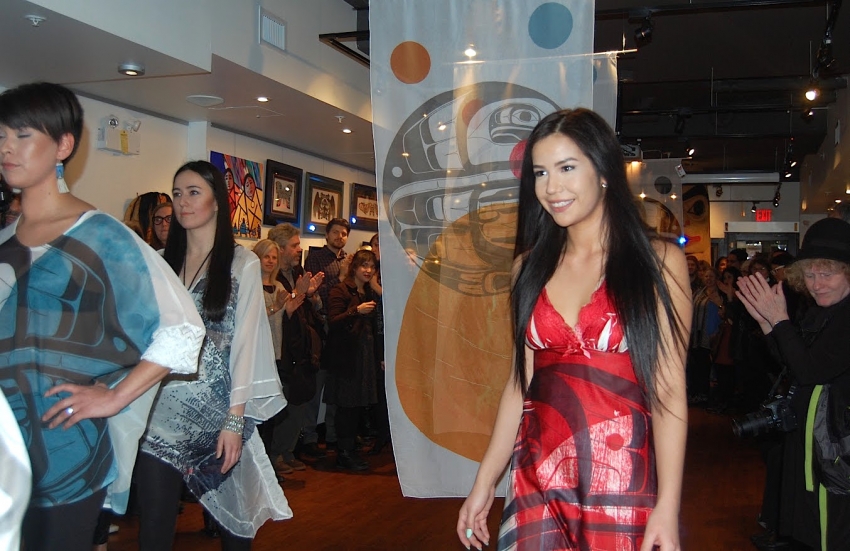 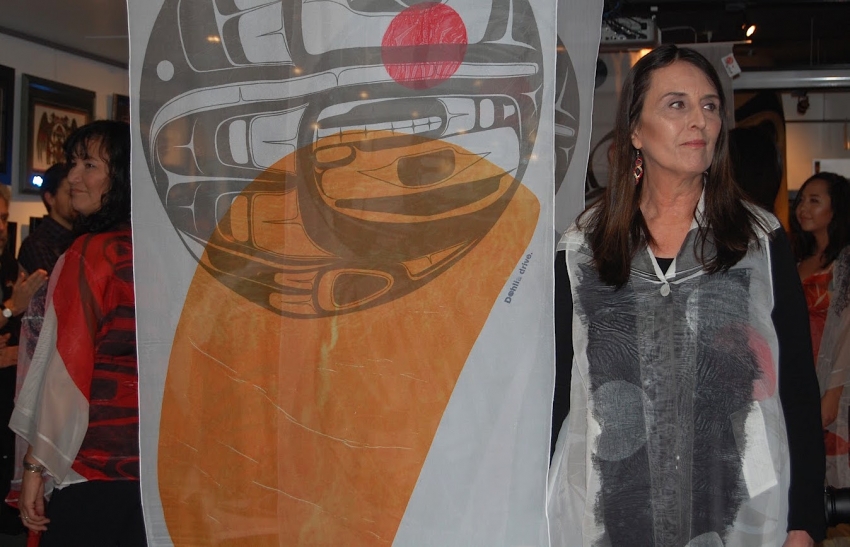 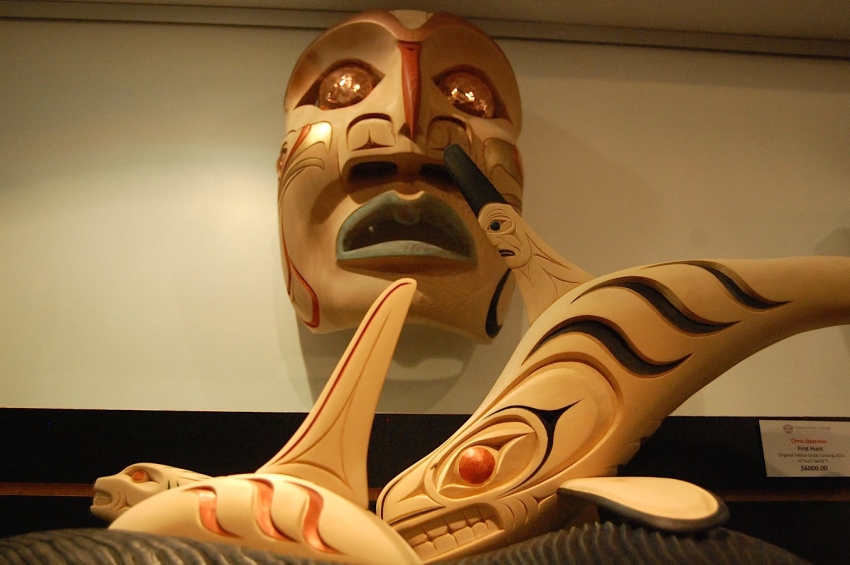