My life as a passenger and pedestrian 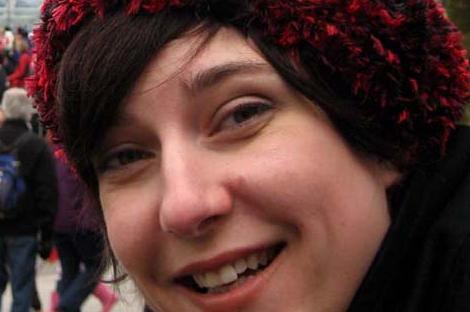 How did I end up living a car-free life?

I certainly didn’t set out to do it. I grew up in a small town with a marginal (at best) transit system. Even before I reached driving age my parents weren’t the kind of people who chauffeured their kids anywhere on demand. I had to have a good reason for where I wanted to go or I heard “Take the bus”, “Ride your bike” or my personal favourite, “Walkin’ ain’t crowded.” It was best if I exhausted all other options before even asking.

When I was 16, I was far too irresponsible to a) gain parental support for learning to drive or b) save my own money to do it on my own. Cars, insurance, drivers’ ed, all that stuff was so expensive and I had far more pressing and interesting things to spend my money on, given how little I had.

Some of my friends had cars. I dated boys with cars. When my friends drove their parents’ cars they had to be home obscenely early (like 10 or 11 pm!). I decided that driving was a responsibility I could live without until I got older. Besides, if I really needed a drive my friends would do it because they were probably going where I wanted to go too.

Eventually I left that small town and moved to a larger town with pretty great transit. Then I started experimenting with the Toronto Transit Commission and realized that I could get pretty much wherever I wanted on $2.50. It was liberating to find that I could travel to great and interesting things in a short period of time without the hassle of finding someone to swear at other drivers with as we sat at red lights.

Sadly, all good things come to an end. At the age of 27, I fell in love with a man who was in his “back to nature” phase. When we decided to share a 130 year old former school house in the country, he decided that I had to learn how to drive. So I did. I hated just about every minute of it, but I did learn a lot about Saudi Arabia from my driving instructor, Suni. After my second road test (because I failed the first one) I became an Ontario G2 driver (like an N driver in BC) and things were good until the country boy and I found out how much it was going to cost to insure me on the car. I never drove his car again.

That relationship didn’t last. I moved to Vancouver five months after we broke up. Shortly after I got here I drove a friend’s car across Third Avenue in North Vancouver to help them return a rental car. The year was 2003 and I have not once put my foot to the pedal since. On that day I became a passenger/pedestrian and enjoy it a lot.

I’ve been told that I only feel this way because I’ve never had a car or the convenience of living with one. I have lived with a car and enjoyed the on-demand availability of one, but I always resented it. If it weren’t for the fact that the only thing nearby that I could walk to was cow pasture, we wouldn’t have needed a car at all. I do think it’s possible for anyone to have a successful car-free life if they’re willing and able to adapt.

It is through this forum that I wish to educate people about living car-free and inform the masses that it is a perfectly valid and acceptable lifestyle choice these days. No shame! (And maybe I can get a reality show? I’d take a book deal if I had too.)