Over the past few months, I've traveled to a handful of cities and read multi-disciplinary artist David Byrne's charming discourse about urban planning and culture from the seat of a bike called "Bicycle Diaries."

Byrne's international input sparked me to share and compare observations about the environs of Toronto, Seattle, Pe Ell WA, and Austin TX.

However, instead of expository writing comparing these cities, I ended up under the care and scalpel of UBC hospital emerging with scars on my belly and ideas spinning while convalescing on the couch. While floating in and out of lucidity, I came across a fresh notion to share some thoughts about my personal creative journey. 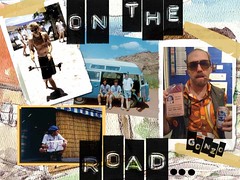 So, checking my faux-humility at the door, I sought to lay out my thoughts for the attendees of the grass-roots organized personal expression conference Northern Voice in video form.

While i was a little medicated during the filming, this hazy feeling seemed encourage the spirit of a couple of my heroes Hunter S. Thompson and Jack Keroauc to come along for the ride.

In short, since I was a wee gaffer, I've made stuff - While many others do the same, mine were all made to be shared. As such, they were publications rather than ephemeral arts and crafts.

My creations span technologies from ditto machines (you remember that smell of the fluid) to real estate office Xerox copiers to doing 3 months hardtime at a Kinko's night shift just to use the new colour copiers after hours to make poetry chapbooks. Here's proof: 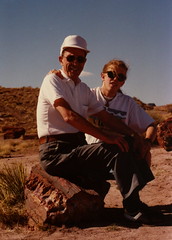 I also owe some of my compulsive documentation-ness to my ole dead Gramps who hit sixty-seven countries, plus an extended roadtrip with a seventeen year old version of me, before packing it in for good.

My notebooks chronicling the trip (at his insistence) list cafe menus, gas stops, Anasazi ruins and Mexican motels, are tucked in my files waiting to take form.

By writing any/everything with the express intent to share -- including usually more private discourse like college papers and travel journals -- I oblige myself to step up and express with vigor.

As I spiel forth in the video, my key words of advice to all creators are to: a) take risks; and b) constantly practice your craft. 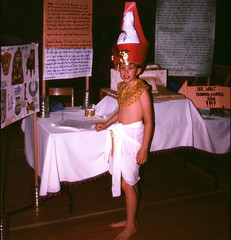 Turn off the TV, find your happy place (my reminders live on the walls around me), and -- to paraphrase a Hemingway quote i saw on a coffee shop chalkboard in Manazanita, Oregon -- "Write for yourself. Write for others"

By doing so, you and your audience (no matter the number) will build a symbiotic relationship to spur your artistic pursuits and spread joy which will impact for years even decades, not just fifteen minutes of fleeting disposability. Channel your anxieties and prepare to share -- indeed your painting is done once you put it under glass.

So, pop some corn and come on up to my place and be sure to take of your shoes - I haven't the time for sweeping.

Note: Both these videos are viewable in full screen HD with stereo sound

Shot and edited by Andrew Lavinge who, along with colleague Jon Onroy, chronicled the impact of the Olympics against a backdrop of social media and social justice in a film project called "With Glowing Hearts."

See also: Dave Olson and others in True North Media House webisode from With Glowing Hearts

Curiosity seekers can view a variety of interviews, prezos, anecdotes and incidents featuring me from conferences, bur rides and boardrooms talking about creativity, literature, revolution and good times on the Spiels and Stories playlist at YouTube.