Is PAVCO's proposed mega-casino at B.C. Place too big to fail? No!!!!

Picture: VO graphic designer, Ricky Letovsky's depiction of the cash from the proposed mega-casino at B.C. Place, heading down I-5 to the Las Vegas-based Paragon Gaming as revenue.

Our paragon of a premier and Paragon Gaming, a premier casino peddler, have decided to give Vancouver a great big gift!

If approved by City Council after public hearings this Thursday night, they will insert that huge gift-wrapped package right up Vancouver’s False Creek, depositing it right into the centre of our city.

It’s huge! It will be the largest casino in Western Canada, featuring more than 1,500 slot machines!

It will create jobs, we’re told! And provide buckets full of cash to local and provincial coffers!

Did I mention the jobs? Big jobs! Hundreds of them! Right here in the centre of our city! And in case I didn’t mention it, buckets full of cash for local and provincial coffers. What’s not to love?

Now, they say you should never look a gift horse in the mouth. So let’s just ignore the fact that the American company building this mega-casino in our city’s heart is not required to provide any local community amenities in violation of Vancouver development policy.

And we’ll ignore for now concerns about 25,000 of our fellow residents with compulsive gambling addictions. Next to a huge shiny new casino, those old bromides about being our brother’s keeper seem so old-fashioned, don’t they?

Did I mention the jobs?

Tourism Vancouver and the city’s business leaders have told us to ignore those small petty concerns and get with the program. “Jobs!” they shout. “Tourists!” they exclaim. “The economy!” they exhort us to care about more.

And yet … and yet … we’ve recently learned that nearly half the casinos in America were in bankruptcy or receivership by the beginning of last year. And more are to follow according to the chairman of the Nevada Gaming Control Board who reported just last Tuesday that “he expects more casino bankruptcies in the stagnant economy.”

Foxwoods casino, the largest casino near New York city, which I’m familiar with, owed $1.6 Billion to local governments, employees and small area businesses when it went into receivership at the end of 2009.

The peddlers would argue that the reason most casinos are under water financially is because of the failure of the economy in 2008. But the Edgewater Casino here in Vancouver has already gone into bankruptcy once, not after the financial meltdown, but back in 2003. And Trump’s ill-fated casinos in Atlantic City have gone under repeatedly, twice before the meltdown, a not-uncomon occurrence in this industry.

Casinos are simply not sustainable. Owners move in, harvest as much cash as possible from the local area, earning 35% of their take from problem gamblers, then declare bankruptcy and move on. It has happened time and again across the United States.

Can you imagine the financial impact if Paragon’s proposed mega-casino goes under again when it’s triple the size?

As jobs seem to be one of their key arguments, please consider for a second the financial impact on the city if we suddenly lose the 1,700 jobs they claim they’ll create instead of the 600 now involved.

Just imagine for a second the millions in dollars of debt that local businesses and governments will be left holding. At what point does this casino become too big to fail, requiring further government bailouts to protect those all-important jobs?

BC Lottery Corporation, by which I mean the taxpayers of this province, just spent millions on handmade custom furniture for their gleaming new offices in downtown Vancouver at a time we have 500 homeless people sleeping on our city’s streets. Clearly to them, taxpayers’ money is no object.

In fact they’ve already handed out millions and millions to private casino operators over the past ten years. Are we going to be on the hook if this one goes under too?

We learned very well what “Too Big To Fail” meant in the fall of 2009, when taxpayer dollars were used to bail out bankers who should have been arrested instead on charges of reckless endangerment of the free market.

With all due respect to the Board of Trade, Tourism Vancouver, and the Downtown Business Improvement District, Vancouver cannot afford this kind of risky gamble.

If you care about the future of our city, about our economy, about sustainable jobs, about the livability of our downtown core, please write [email protected] and let them know the only economically, morally and socially responsible vote on February 17 is “No!” to casino expansion in Vancouver. 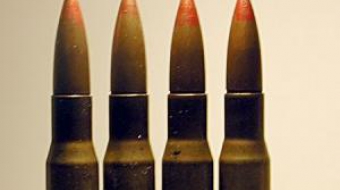 Two weeks before Christmas, ten young people were gunned down on the streets of Vancouver just one block from where our Mayor and his family slept. Eight of the victims remain hospitalized with two...
Sean BickertonDec 16th, 2010
Speak up about this article on Facebook or Twitter. Do this by liking Vancouver Observer on Facebook or following us @Vanobserver on Twitter. We'd love to hear from you.

BC Lottery Corp on spending spree while charities reel

Should Rich Coleman be responsible for promoting and regulating gaming?

New Edgewater casino at BC Place will double gambling in city. Does this have to happen?

BC gambling industry poses problems for the vulnerable