How he's attempting to bringing affordable dining to Vancouver.

This week I had lunch at New India Buffet and Restaurant with the Foodie Card founder, Steve Nikolayev, to chat about his new foodie program.

Originally an Engineer, Steve has found his passion in a more people-oriented industry as a Development Director and Food Guru for Foodie Card. His process-oriented background and research skills assist him incredibly as an entrepreneur, while his amiable personality enable him to network and spread the word.

Since he pulled a career 180, I was curious as to what advice he could give to those finding themselves in a job that doesn't seem to be their "calling". I was particularly interested in the entrepeneurial world as it seems more and more people are struggling to work for "the man", yearning to be their own boss.

"Follow your heart, to succeed in anything you have to love what you do. At the end of the day we are all here to pursue happiness, and if running your own business is what going to make you happy then definitely do it! But be prepared to face a lot of NOs and DON’Ts, look past that because that first YES will change the course of your business life. And if you really want it that YES will come." 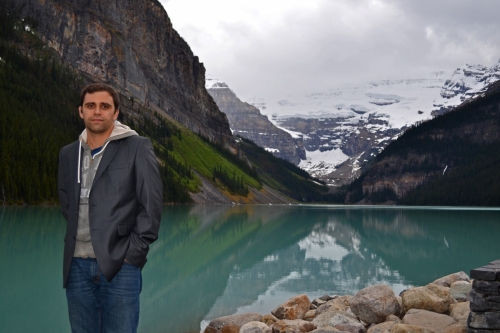 Steve, looking liberated and free as he takes a break from the business world

Outside of work Steve has many hobbies, including exploring the outdoors,  and creating in the kitchen. Like myself, he takes a recipe and tweaks it, adding spice here and there, and adjusting measurements as he sees fit. Unfortunately his passion for cooking is not always fit for his busy and often hectic lifestyle. Any entrepreneur, freelancer, parent, socialite or general busy bee can empathize.

Whether time-deprived or not, Steve likes to dine out and explore cuisines that he doesn't normally make at home. 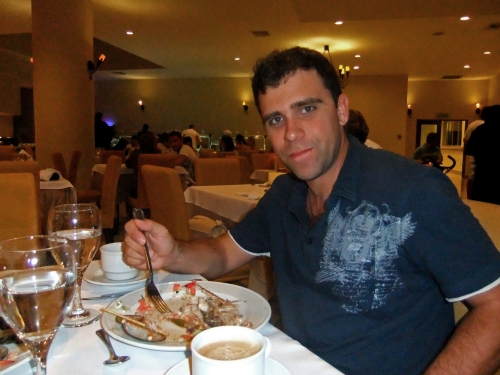 I can relate to this because as someone who is not trained formally in culinary arts, there are many dishes that I wouldn't even attempt to make at home. Not having a gas stove, tandoori oven or a fully equipped kitchen also deters me from making certain things pushing me out the door and into a restaurant.

In a city though that is barely affordable to live, let alone dine out, it's hard to "indulge" and explore the myriad of great Vancouver restaurants without breaking the bank. Steve hopes to break this mindset (and reality) with Foodie Card. With it, he finds himself dining out two to three times a week.

Which leads us to the inception of Foodie Card. Two years living in the United Kingdom exposed Steve to a program called TasteCard - a Diner's Club where members benefit by receiving 50% off or 2 for 1 at local restaurants. Unavailable in Canada, Steve felt this was exactly what Vancouver needed to encourage Vancouverites to dine out more often.

One thing that I particularly like is that it's not a one-off deal and one can re-visit the handful of restaurants that they enjoy most, as much as they want. I also like that you can bring a friend, as many of the restaurants allow the Foodie Card holder to apply the discount to two, or even four, people. And, you get a member card, so no scrambling through your wallet and feeling thrift with coupons or gift certificates.

So far they have 30 participating restaurant with the list growing every week. Restaurants include chains, like Vera's Burgers in Gastown, hotel restaurants, like Heron's West Coast Kitchen, and restaurants surrounded by golf courses, like Eagle Creek Bar and Grill. They hope to expand soon in to the suburbs but for now are focusing mainly on Vancouver proper. Outside of Vancouver, they have a participating restaurant in Squamish (Shady Tree Pub) as well as one in Whistler (Tapley's Pub). One day there are hopes to even expand across Canada and in to the States. But for now, it's for Vancouver to experience and hopefully enjoy.

We had lunch at New India Buffet and Restaurant because it is one of the participating restaurants that happens to be walking distance from my house. From Monday to Friday the lunch buffet costs $12.95, but with our Foodie Card it was 50% off. If you head over there for a bite to eat and reap the benefits of the discount, I suggest going after noon because when we arrived at 11:30 the naan and rice weren't out yet.

I have my own Foodie Card and intend on using it at all of the participating restaurants, whether I've been there already or not. Stay tuned for my reviews on each of them in the new year. 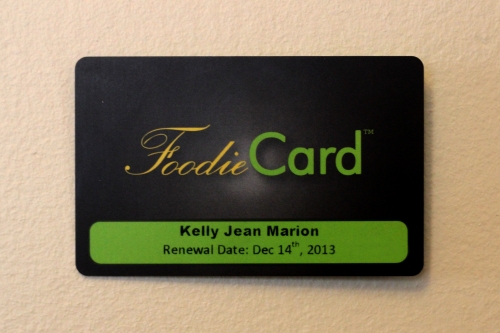 Want to try before you buy? Test Foodie Card out for a month for free by clicking here.

When the zombies come, will your kitchen be ready?

A casual yet refined evening of sushi, noodles and sake at Cornucopia's first Asian Market