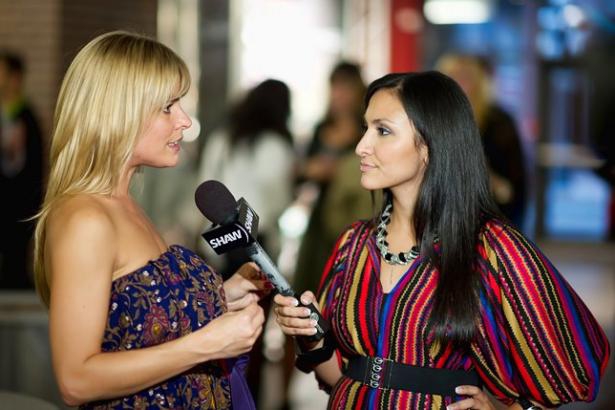 Myriam Laroche is the founder and president of Vancouver Eco Fashion Week. The event is hosting its fourth season from Tuesday, April 10 to Thursday, April 12 at UBC's Robson Square.

Strutting along Robson Street on a grey Vancouver afternoon, Myriam Laroche has a few heads turning. Her blond hair is swept into a ponytail, exposing shimmering cheeks, and she's wearing dusty pink heels, a flower dress and a chunky beige sweater.

But Laroche pays no mind. She's on a mission to spread the word about her baby – Vancouver Eco Fashion Week.

In its fourth season, the show is taking place from Tuesday, April 10 to Thursday, April 12 at UBC's Robson Square.

After 17 years in the world of fashion, Laroche knows the ins and outs of the industry, including the waste it incurs.

That's why she founded Vancouver Eco Fashion Week – a fashionable initiative with a remarkable cause: raising awareness that respecting the earth is always in style.

"I want to open peoples' minds and help them let go of the stereotypes of eco fashion," says Laroche, while eating lunch on the patio of Choices Market. "People think of words like 'granola, hippie, not sexy, or not glamourous.' I want them to think 'Wow! Those models look hot, I would wear that dress.' Even though it's made from recycled candy papers, it can still look good." 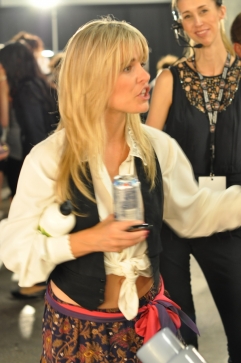 Being environmentally conscious of fashion has long been part of Laroche's life, as she spent much of her childhood receiving hand-me-downs. Even today, she continues that tradition by shopping at second-hand stores.

"If you buy something at Value Village and see someone else in the same item, you should buy a lottery ticket," she jokes.
"The clothes are unique, each piece has a story, and you're giving another chance to an item."

However, it was following her move from Montreal to Vancouver five years ago that Laroche had her "Aha!" moment with eco fashion.

Her inspiration was sparked while attending a conference at the EPIC Sustainable Living Expo at Vancouver Convention Centre. The talk revolved around Vancouver becoming the greenest city in the world by 2020.

For Laroche, fashion was a "no-brainer" as the next step in the journey.
The eco fashion week has come a long way from its first season.
"When we launched in 2009, the first blog was about us being another failure in Vancouver," Laroche recalls.

Now, the top fashion names are covering the show. Last season, Fashion Television was on scene. This season, Elle Mexico and Flare magazine are just two of the many media that will be attending.

"People see we are serious, that we are still here," says Laroche. "They're no longer saying, 'Oh, isn't that the crazy French blond?'" 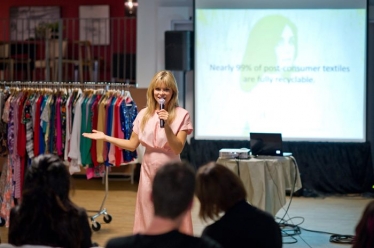 This season, the runway aspect will continue to showcase local and international designers. Some of the featured brands include Adhesif, La Isla, LRMA, and Mala Imports.

However, there will no longer be a boutique. Instead, there will be a private showroom for buyers and sellers to meet and build relationships, which is an important aspect of the event, says Laroche.

The seminars and fashion shows will have limited availability for the public to attend, depending on seating and invitations. Other incentives are still in the works, such as an opportunity for people to donate old clothing.
Overall, Laroche is hoping the event will raise awareness about where fashion comes from, and educate people on how to feel good about their purchases.

"It's about more than fashion and glamour – It's an experience and education."