A glimpse into the life of a certified electrician, one of three women among 500 employees on site in the oil sands. From our archives. 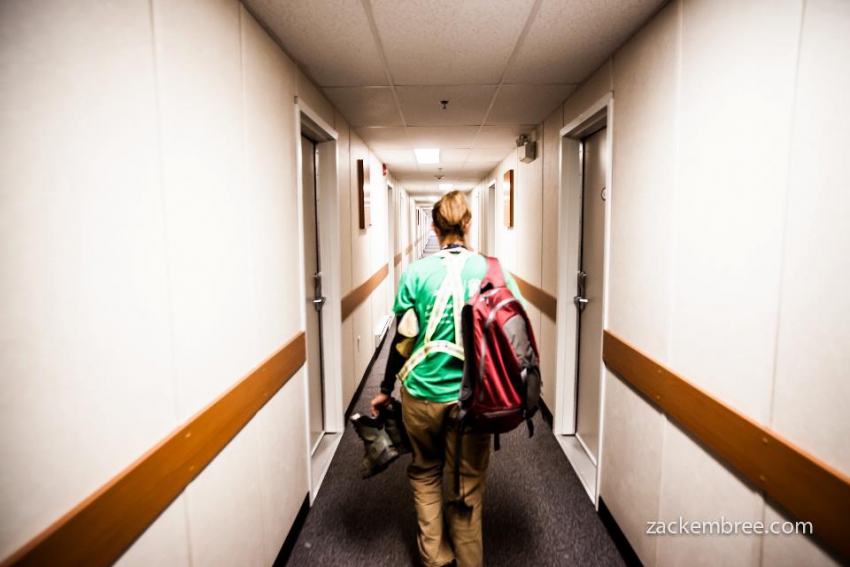 Jennifer Elder, a 27-year old Victoria native with cornflower blue eyes, loves her work in Canada's tar sands. A certified electrician, Elder is one of three women among 500 employees working on a site two hours away from Fort McMurray.

Only 115 pounds "when soaking wet", Elder has learned to hold her own by wielding a mixture of humour, diplomacy, and a can-do attitude among some of the toughest guys in Alberta. If there's something heavy to lift, Elder goes for it and the guys respect her.

Despite extremities in weather, location, and gender imbalance, the delicate-looking Elder says she wakes up every morning and can't wait to go to work.

She relishes the intellectual challenge of analyzing plans and figuring out how the job must be done. She welcomes the challenge of lifting heavy weight and pulling the cables, and can't get enough of working outside; even in the summer when, as some joke, the mosquitoes are as big as cows.

Elder is one of approximately 22,340 workers directly employed in the oil sands, according to the Petroleum Human Resources Council of Canada in 2012. Like Elder, many of these Canadians left behind sluggish job prospects at home to work up north in what has been called "the world's largest industrial project" and, by climate activist Bill McKibben, "the fuse to the carbon bomb."

Jennifer Elder embodies the promise and prosperity of Canada's oil reserves, an environment where hard work leads to high pay and where reliability and skill are rewarded with more responsibility and praise.

Although a 2012 University of Calgary study found that Canadians rank the oil industry at the bottom of a list of trustworthy industries, alongside lawyers and used car salesmen, Elder is quick to point out that not everyone has the luxury of being choosey, or refusing the opportunity available in a multi-billion dollar industry that can't hire enough workers fast enough.

She says her co-workers may not agree with Canada's energy policy and may wish for "greener" jobs, but they choose work in the oil sands over life on welfare back home. 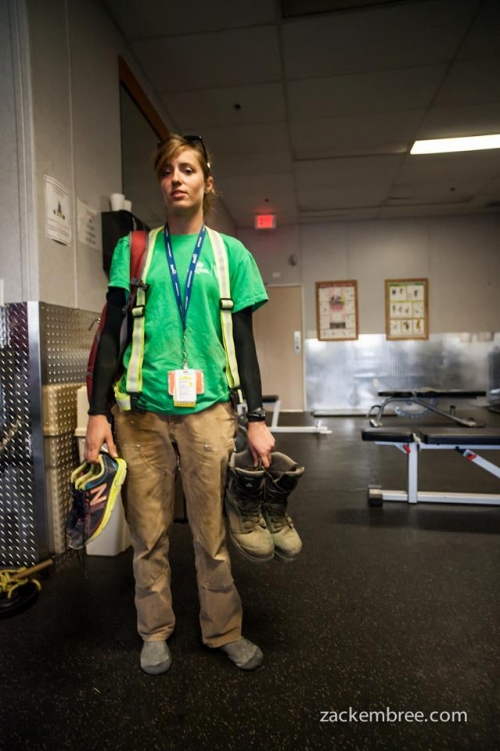 What it's like for a young woman in the oil sands

Right after Elder received her electrician certification in Victoria, the economy went bad. She tried to find work for about eight months, with no luck. A friend's dad had a trade workers' company in Fort McMurray. He needed some electricians and asked her to come up.

She found out fast, she said, laughing during a recent interview on a balmy summer day in Vancouver.

"We've had to go up in the air when it was 50 below with the wind blowing. It gets cold. You're wearing so many layers of clothing that just doing a small task takes 10 minutes. When it gets to a certain temperature, you work 10 minutes on, 10 minutes off. It gets pretty intense, particularly up at 40 to 108 feet in the air."

The work involves "laying the wire for motors, drillers, steam generators, oil treatment buildings, motor control stations. The crew pulls it for all the small gadgets, float transmitters, everything that measures the oil in the tanks or the pipes, limit transmitters."

Her last project involved building new infrastructure for a Canadian company that then went into the U.S. They engineer a lot of equipment. They also build. They have a place where they build the flare stacks.