Excavation around pipelines. 24 hour security. Residents of Abbotsford and Chilliwack are wondering what it all means. 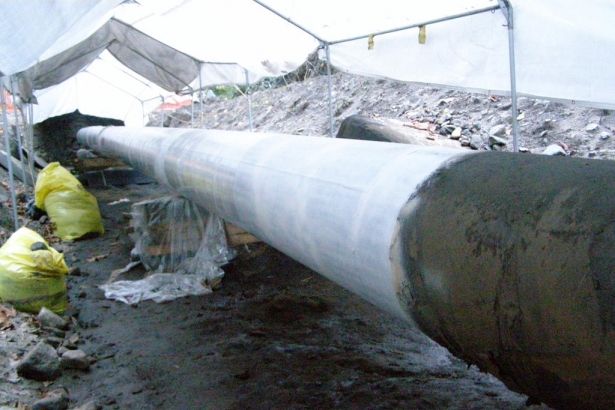 Chilliwack resident Ian Stephen was alarmed to hear that there was excavation going on around the Kinder Morgan Trans Mountain pipeline, a few kilometres east of Bridal Veil Falls. It was a late afternoon on Friday, October 11, right before Thanksgiving weekend, when he went to see what was happening.

"This excavation was close to home, so I was curious," he said. "The pipeline lies right over top of our aquifer."

He walked around, camera in hand, until he came across exposed pipeline.

"The excavation was quite large -- probably about sixty feet long. And it looked like some new surface had been applied along that length," he said. He saw thin wooden stakes planted in the ground where it looked like more excavation was planned. Finally,  a large pile of soil covered with black plastic caught his eye.

Stephen, along with Michael Hale from Pipe Up Network, suspect that Kinder Morgan is dealing with small leaks coming from holes in the pipeline.

"If it were a spill, the NEB would have to report it," Hale said.

Kinder Morgan Canada external relations director Andrew Galarnyk told the Vancouver Observer that there were no leaks reported in the area, and that the excavation was for inspection purposes only.

The 24-hour monitoring, repairs and investigation are all of Kinder Morgan's regular pipeline safety program, which has been in place since before Kinder Morgan acquired Trans Mountain in 2005, Galarnyk said.

Stephen, however, still has concerns.

"You don't see this kind of thing year by year," he said, adding that he has lived in Chilliwack for the last seven years.

"To me, given the excavations and the fact that Kinder Morgan had two spills in recent months, it seems that they've discovered many problems with their pipe and they're responding."

He thinks the segment of the pipeline near Chilliwack is old and in need of repairs, just like the one near Merritt that sprang a leak in June.

Hale and Stephen have been hearing about extensive digging around Kinder Morgan's pipeline in the Abbotsford area, where, they said, dirt was being trucked out.

Abbotsford landowner Barbara Gard, who lives near Sumas Mountain Road and Ward Road, said she has seen ongoing excavation around the pipeline in an area that runs near her home for the last year.

"There was a lot of work going on between those roads. There were between six and 10 vehicles, excavators, and trucks that said 'contaminated soil' written on the side," she said.

Galarnyk said a section of the pipeline near Ward Road was being  replaced, and that the company did not take any soil out of the area.

Gard said the excavation site remains open and that a 24-hour security guard has been positioned near the site recent months, but Galarnyk responded that it the company was following standard operating procedures for this type of work. 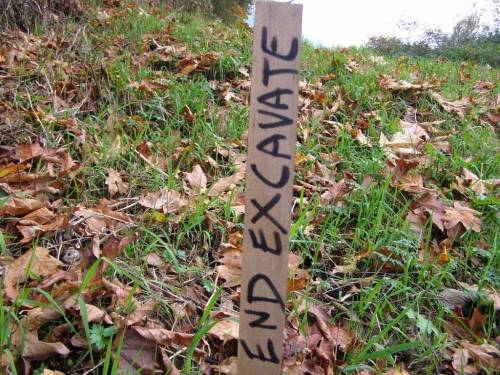