Canada is headed down the wrong economic path by exporting raw oil sands bitumen, former ICBC CEO Robyn Allan said in a stirring presentation a week ago at the West Coast Oil Pipeline Summit. Allan highlighted the economic danger posed by oil sands pipelines including Keystone XL, Northern Gateway and Kinder Morgan that the federal government has been promoting in the name of jobs and growth. Below are excerpts from her presentation, "Oil Sands Development and the Economic Consequences". 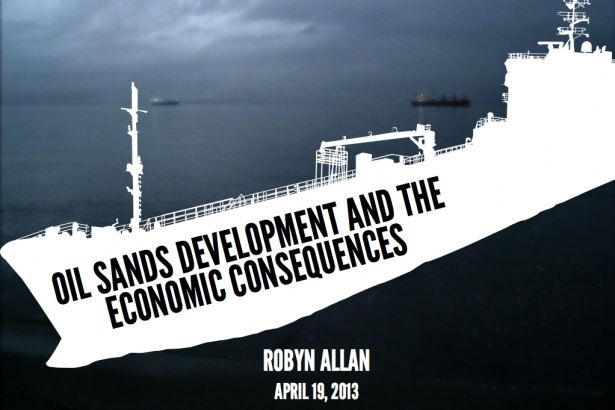 Let me begin by being clear about the oil sector in Canada and who is running the show.

Canada’s energy strategy is determined in the boardrooms of a handful of multinational corporations and by the governments of foreign countries through their state-owned oil companies.

The strategy is communicated to the federal and provincial governments through closed-door meetings with lobbyists and at state dinners over dessert in foreign countries.

It is supported by legislative changes that reduce environmental protection and public participation. 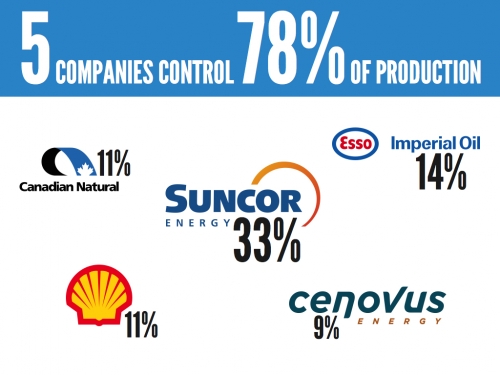 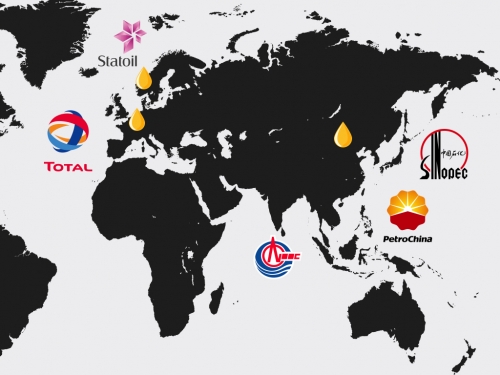 So what is big oil’s plan for us?

They want to rapidly extract oil sands heavy crude called bitumen, mix it with imported diluent to allow it to flow through pipelines and export it as diluted bitumen to the US Gulf Coast along Keystone XL and to Asia along Northern Gateway and TransMountain’s twin.

This wasn’t always the plan. As recently as 2008 Alberta’s multinational oil producers planned to invest in upgrading and refining here in Canada ensuring the oil sector grew along with the extraction of raw resources.

These projects would have taken Alberta’s already strong downstream activity up a notch, stabilized the industry and securely established a domestic value-added supply chain. 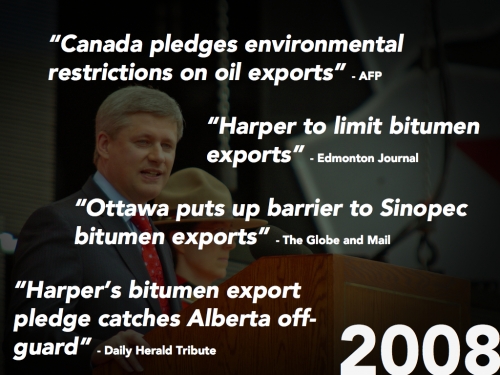 When running for re-election in 2008, Prime Minister Harper promised that bitumen would not be exported to Asia but would be upgraded to Synthetic Crude Oil because of the value added benefits, meaningful job creation and control over environmental standards upgrading represents.

His government continued to publicly support upgrading oil in Canada right up until Enbridge filed its application for Northern Gateway.

But Harper’s promises obviously did not concern big oil. 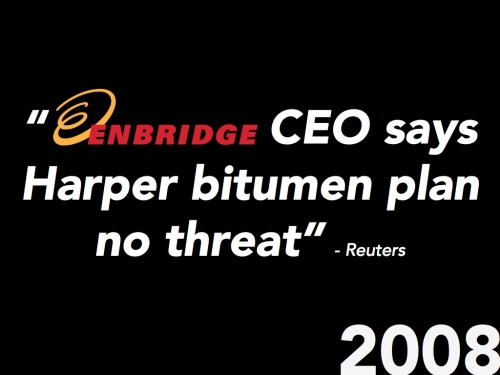 Exporting raw bitumen is not good for Alberta’s value added, and it’s not good for the environment—it's only good for a handful of very large companies. And these companies got their way. 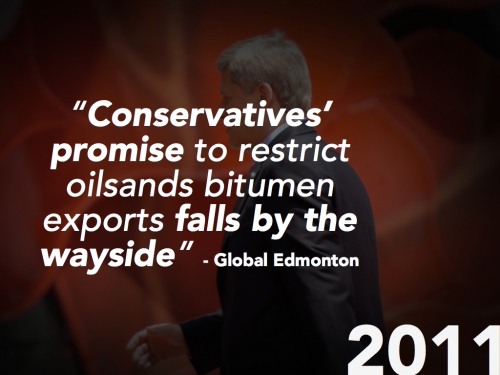 Economy vs. environment, the false trade-off

The oil sector has set up a fairy tale of woe.

It has attempted to create a fear in uniformed Canadians that if we don’t hurry up and approve these bitumen export pipelines, economic opportunities will be lost.

They want to avoid transparency and accountability by having us focus on a false dichotomy.