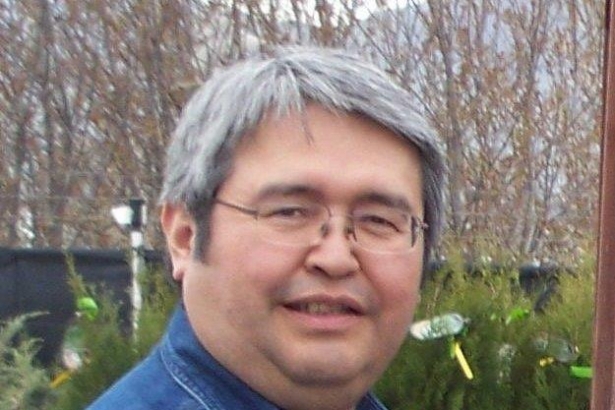 Chief Harold Aljam of the Coldwater Indian Band has taken legal action against Kinder Morgan to court for operating the Trans Mountain pipeline. Photo from aljamcommunitycollege.com

Around 44 members of the Coldwater Indian Band are suing the Kinder Morgan pipeline company and the Minister of Indian Affairs in federal court in an effort to block the Trans Canada pipeline from being built on their reserve.

Matthew Kirchner, who is defending the Coldwater Indian Band, argued that Kinder Morgan does not have legal rights to be operating the Trans Mountain oil pipeline.

When the band approved it in 1952, it gave the right-of-way to Terasen Inc., not Kinder Morgan, he asserted.

He is seeking a judicial review from the federal court, arguing that the minister has to act on behalf of the best interest of the First Nation.

“The purpose of the fiduciary obligation is to prevent exploitative bargaining, not to make paternalistic decisions that the minister thinks are good for Coldwater.

“Coldwater has decided what’s good for Coldwater and has directed their fiduciary to act accordingly,” Kirchner asserted.

The Coldwater’s reserve is located 10 km south of Merritt, B.C, beside the Coquihalla Highway. There are 780 Coldwater members, according to its website.

Now, Kinder Morgan wants to triple oil production through its proposed Trans Canada pipeline, which will twin the Trans Mountain pipeline. It aims to carry 890,000 barrels of heavier oils and diluted bitumen per day through their reserve, up from up from 300,000.

Kirchner pointed out that Coldwater made a mere $1,292 from the 1952 grant. “There’s no provision for rent reviews. This is a one-time payment, Coldwater does not continue to receive any payments, any rent for this land,” he said.

The band is concerned about a second pipeline that Canada approved in 1957 on Coldwater’s reserve, which was never built, Kirchner said.

“That raises a significant question…why Canada as a fiduciary is contemplating granting an empty box to Kinder Morgan in which they might build their proposed new second pipeline,” he said.

Several companies have since bought off the pipeline, before landing in the hands of Kinder Morgan.

Kirchner presented documents that Chief Harold Aljam sought retroactive consent from the then-Minister of Aboriginal Affairs, John Duncan, in June 2012. The band was not consulted every time the pipeline was sold off, he said.

“Kinder Morgan is operating the pipeline, but (it) has no legal permit,” Kirchner said.

Kirchner said that the band raised concerns about “increased risk of health and safety for its members."

“The minister cannot consent to this without agreement from Coldwater,” he asserted.

In referring to the e-mail exchange between Aljam and Duncan, Kirchner said that the federal department passed the buck to a legislative body.

“Aboriginal Affairs is washing its hands of the elephant in the room. They’re saying ‘it’s not our issue, that’s N.E.B.’s (National Energy Board) issue.”

When Justice R. Hughes asked Kirchner if Coldwater wants to negotiate a better deal –something more than $1,300 – he said it wants to go much further than that.

He said Kinder Morgan must justify the need for a pipeline that runs through the reserve in the first place.

“This is not just a negotiation. Is the Coldwater land actually required for the pipeline?"

Kinder Morgan and Aboriginal Affairs will present their arguments at court this morning.