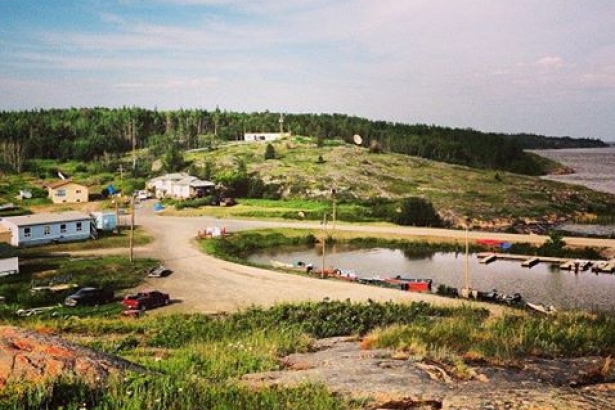 I travelled to the territory of the Cree, Dene and Métis peoples of northern Alberta, to learn about the tar sands and their impacts on the land and its inhabitants.

It's been 80 years since my grandfather worked here as a fur trader, yet today the land is still being colonized for profits that are shipped away -- while the real costs are borne by the people and communities who have lived here all along.

A journal of life in Fort McMurray and Fort Chipewyan

Yesterday, a small package arrived in the mail. Inside the envelope, I carefully retrieved an old, yellowed school notebook, and a series of black and white postcards.

My attention turned first to the notebook. On its worn cover, my grandfather’s name was printed in block letters. Below, in the space intended for a school grade, my grandfather had written the words: “Hudson’s Bay Company”. 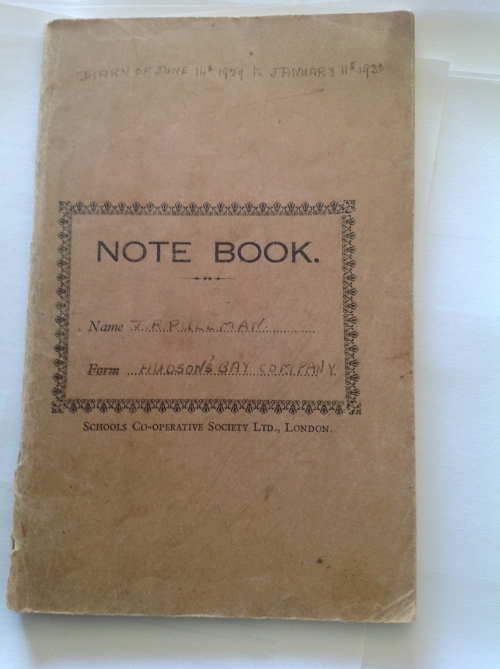 My grandfather was just eighteen when he left England for Canada. Barely out of high school, John R. Pullman boarded a steamboat across the Atlantic Ocean, bound for a land he’d never seen. In the early summer of 1929, his steamer pulled into Montreal. And from there, he traveled by rail to Alberta.

In early July, his Northern Alberta Railways train pulled into Waterways, now a community within Fort McMurray. It took 25 hours to make the journey.

The following day, at 4:30 p.m., he departed on a paddlewheeler called The Athabasca River, built in 1922 by the Hudson's Bay Company to operate between Fort McMurray and Fort Fitzgerald. It was July 5, 1929 when he arrived in Fort Chipewyan.

Within days of his arrival, he was working in the town's Hudson’s Bay Store. The store was one small part of a broader colonial project that extracted resources from this land and turned those resources into high-status goods for sale in my grandfather’s home country.

And my grandfather had the privilege to work within this system because of the colour of his skin and land of his provenance.

As my jet descended into Fort McMurray at 10:30 this morning, I couldn’t help but feel a strange chill. I flipped to a passage in my grandfather’s journal dated July 3, 1929. He writes: 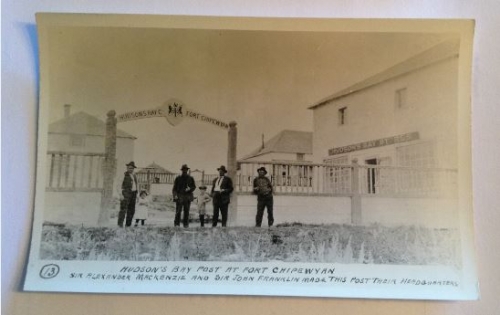 I could imagine the same warm rain that greeted me upon my arrival coming down on my grandfather as he alighted his paddlewheeler 84 years ago.

The landscape has changed dramatically since my grandfather made his journey. As I flew over the traditional territory of Cree, Dene and Metis peoples, I saw the tar sands megaproject sprawl across the land. I’ve seen countless pictures and articles about this place. You may have, too. None of it prepares you. 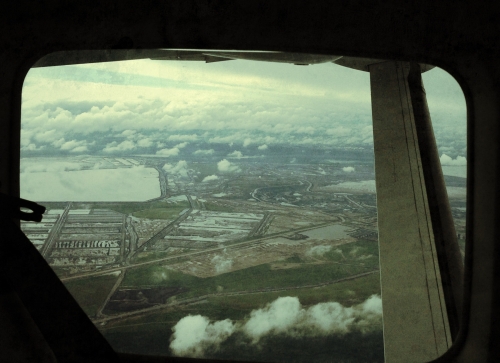