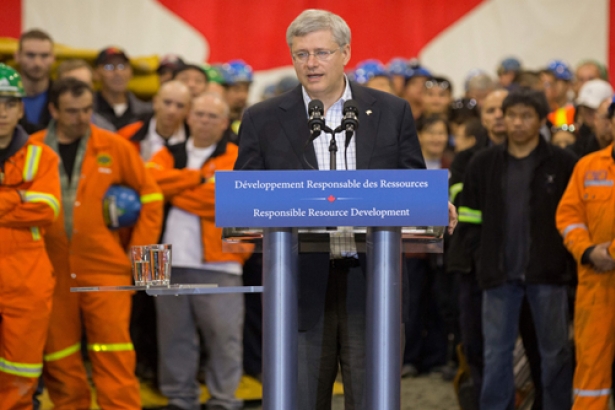 First Nations leaders in B.C. confirmed they would meet in Vancouver on September 23 with deputy ministers from Indian Affairs, Natural Resources, Environment and other departments involved in the Enbridge Northern Gateway and Kinder Morgan Trans Mountain projects.

Grand Chief Stewart Phillip said officials asked to meet him today, without giving any sign of what would be discussed or what the government is willing to offer.

Sundance Chief Rueben George of the Tsleil Waututh Nation, who was speaking about the Kinder Morgan Trans Mountain pipeline expansion in North Vancouver on Thursday,  said that,  "One hundred and sixty nations signed the Save the Fraser declaration opposing oil sands developments, and that's what I have faith in -- that we'll stand together in solidarity."

"This push is a sign of desperation from the Harper Conservatives," said ForestEthics campaigner Tzeporah Berman.

"I just hope they don't embarrass Canadians again by pretending that these meetings are sufficient to address First Nations concerns and try and slam the pipelines through. They need to understand that no means no."

The push for consulting with First Nations also comes in response to a recommendation from the Prime Minister's special envoy to defuse tensions between Aboriginal groups and pipeline proponents. Vancouver-based lawyer Douglas Eyeford reportedly told the Prime Minister's office that negotiations over the pipelines were falling apart.

Indian Affairs Minister Bernard Valcourt will also be in B.C. all next week, though the official reason for Valcourt's trip is reported to be to attend the Truth and Reconciliation Commission hearings. Transport Minister Lisa Raitt and Environment Minister Leona Agglukaq are also coming to BC before Thanksgiving.

With the most lucrative market for Alberta's oil sands crude in Asia, the federal government is determined to find a way to convince BC First Nations to support pipeline projects in order to access Asian markets, despite fierce opposition in British Columbia to pipeline projects people deem to be putting the coastline, natural habitat and culture at risk.

Although 11 BC First Nations have so far signed up for Northern Gateway equity which could provide up to $70,000 a year, Enbridge has so far failed to gain broad support from northern BC First Nations over the years due to significant missteps in the consultation process.

With file from Chris Lane

Emotion mounts over feds' scramble for pipeline support in BC