One man's life in the tar sands, as told to a stranger in a conversation on a plane. 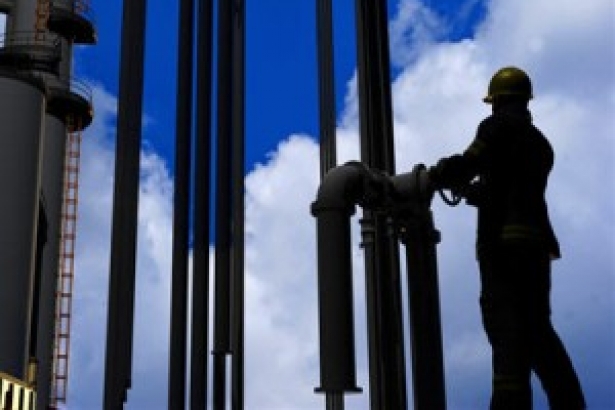 He sank down into his seat on the Air Canada flight and beamed at the thought of breathing British Columbia's clean, sweet air again. After 30 days on the job, he wasn't going to lie about it: working in the oil sands was "hell".

"But I love my job," he added, laughing at the irony of it. "I love what I do." He paused and smiled. "And I love coming home with fists full of money."

The flight attendant greeted him by name.

"Good to see you, buddy," he retorted, stretching out his legs. "Man, I can't wait to get home."

Sitting on the plane on the hour and forty-five minute flight from Fort McMurray to Vancouver, nursing a cocktail, he told how he often works twelve-hour days, sometimes sixteen. As a foreman, he manages 35 workers: "It's stressful."

In his previous job, he made $35 an hour tops, eight-hour days, two days off. At 36, he now owns two houses and rents both out. On his weeks off he couch surfs or flies off to laze around on tropical beaches.

It's not the life he wanted. He longs to start a family but hasn't recovered from his last relationship, which ended when he chased opportunity to the oil sands. While he was away, she found someone else. He hates to admit it, but he hasn't gotten over her, and it's made him shy of starting something new. But he doesn't like taking those trips alone.

The food sucks up there, and the temperatures sink in the winter to 40 degrees below. If it were easy street, would they pay such high wages?

"The air stinks and the camps are like..." He took a long drink by way of a pause. "Well, I've never been in jail, but I imagine that's what it's like."

On top of  that, you've got no life. But you put up with it for the pay. "They reward hard work. It's that simple." Nowhere else could he make so much without even being certified in his trade.

"Don't cry me a river when there's work in the oil sands and people coming from as far away as Somalia to take the jobs."

Handsome, intelligent, and, by his own description, "charismatic", when he applies for a job in the oil sands, he gets it, he said.

All it takes is a phone call and his amiable charm nails the contract. He shows up with enthusiasm every day, and goes for it all day long.

In a few years, he'll probably be working in Northern British Columbia getting natural gas out of the ground, he said. Not only that, "when they put that pipeline through from Alberta to Kitimat, it's going to bring hundreds of jobs to British Columbia. It's going to be a boom." He'll follow the work wherever it goes.

Sure, the industry's ugly. It's always been that way and always will.

He shook his head. "Look what they did to the forests. They came in and took them all down and it created jobs for a while. They went on doing it until there weren't any trees and then no jobs. They'll do the same thing in the oil sands.

"Humans are like parasites. They come in, devour everything in their path and leave a wasteland behind them," he said, sipping his drink.

"But exporting natural resources is the only way Canada can keep itself out of a recession and create jobs. It's the only way."

Out the window, Vancouver's shoreline appeared from behind the clouds.  The ocean and the mountains in the summer evening sun looked soft and gentle, such a striking contrast to the barren landscape of the oil sands.

That tar gets on your hands and you can't get it off. The worse part is when it gets in your car and off-gases for days, he said.  "Man, the smell."

The Fraser River glimmered in the sun as the plane angled down. He shook his head, as if to cast off a veil of disbelief at the beauty unfurling.