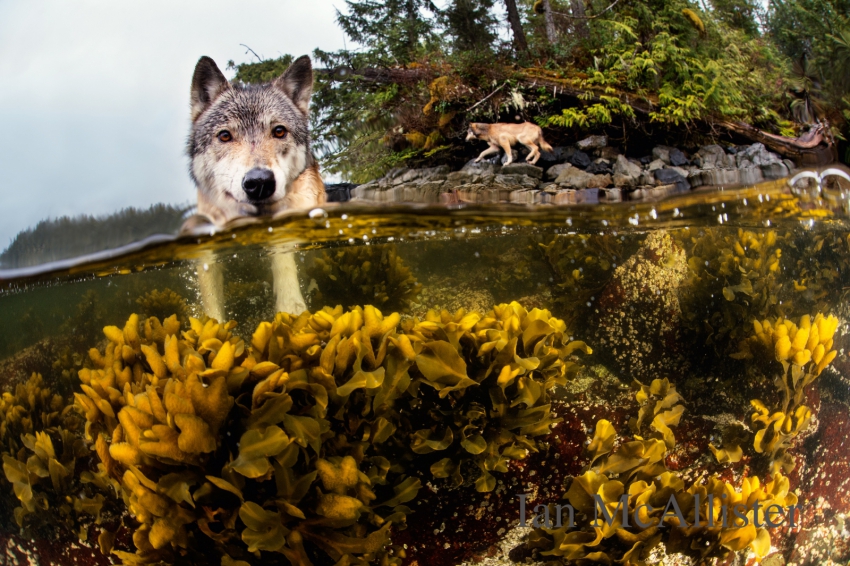 Spotting a pair of hungry wolves return to the same tidal spot on B.C.'s rainforest coast he's seen them come to for years, photographer Ian McAllister whipped into action: zipping up his dry suit, diving underwater, and submerging just a few metres from them.

“I thought I might have one opportunity to take a picture or two," he said Wednesday of the spring incident.

"Actually they immediately came into the water [to meet me]."

“One of them even grabbed my snorkel,” laughed the long-time wildlife photographer and conservationist.

The astonishing split-image photo – half underwater, half above -- is one of many in his new 200-page book: Great Bear Wild: Dispatches from a Northern Rainforest.  He starts a book tour shortly, with a free event in Vancouver on Oct.24.

The book is his eyewitness to the elusive wildlife living where the rain forest meets the Pacific.

He's lived 25 years in the area, and now resides on the remote Denny Island, home to just 70 people, near where the wolves were spotted.

“I was really happy with that [wolf] image because I think it illustrates the connections between the ocean and the rain forest. People think they’re separate worlds – but they really support each other.”

“Wolves eat herring eggs, and herring of course come from the ocean – and there’s just so many relationships like that.”

“Same with black bears, grizzly bears and so many other species.”

McAllister’s book is his attempt to chronicle the great mysteries and biodiversity of the Great Bear Rainforest, and to advocate for the ecosystem's protection from oil sands pipelines and tankers.

“The Great Bear Rainforest really stands in the way of Asia’s insatiable demand for oil and gas, and Canada’s interest in sending it to Asia.”

Shot mostly in winter to avoid visibility problems from underwater plankton, McAllister scuba-dived the Great Bear Sea, as it's known to some, to get up close and personal with creatures in the frigid salt waters.

Take these stellar sea lions for instance.  He spotted them in the Camaano Sound in Gitga’at territory -- a proposed tanker route. 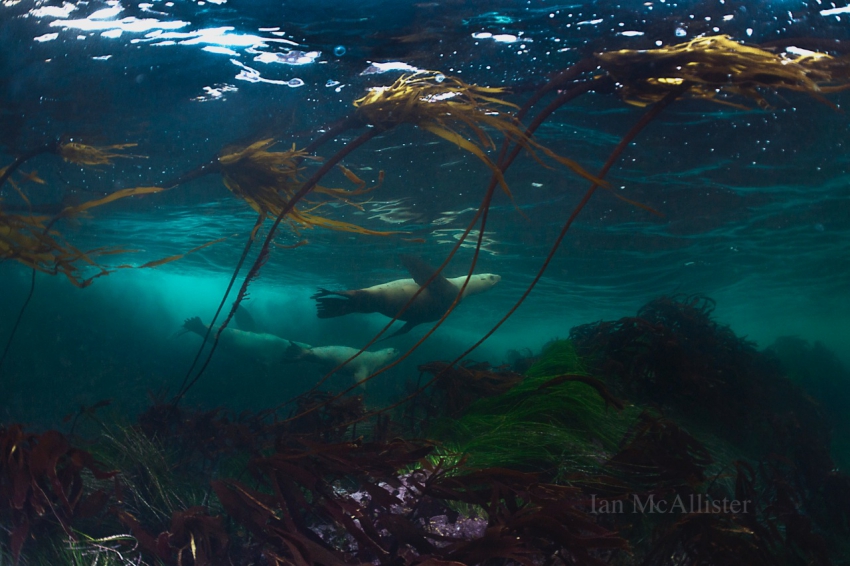 The giant sea mammals can weigh more than 1,000 pounds, and McAllister was tossed like a “rag doll” around 30 or 40 of them by powerful tidal waves.

“The [sea lions] of course are so agile underwater, but we’re relatively clumsy." 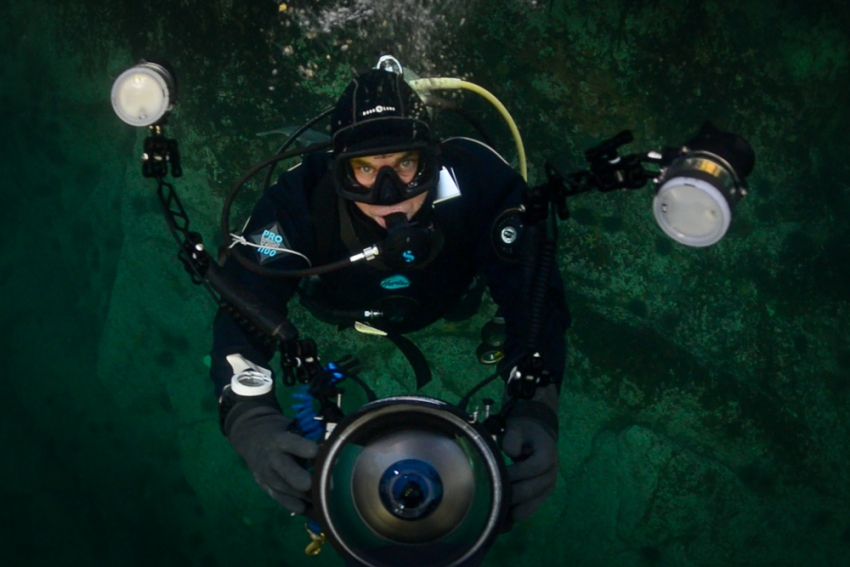 The scariest part of the moment?  Sea lions are like ‘aquatic grizzlies’ with big teeth.

“If you’ve seen a sea lion skull, it looks just like a grizzly skull.”

“They would sometimes come up right behind you and put their jaws right over your head."

“They’re a carnivore, and in they’re in their element, so you just have to have faith that everything’s going to be okay.  The statistical odds of getting hurt weigh favourably for people.”

“The eat mostly small fish.  Humans aren’t on the sea lion diet, so we got along pretty well.”