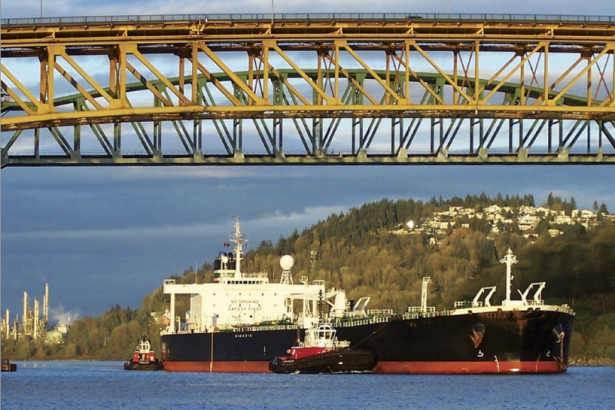 A new report reviewing Canada’s tanker spill prevention and response regime released by a government-appointed expert panel has reignited concerns over the impact increased tanker traffic and a potential oil spill could have on the British Columbia coast.

The panel also recommends the removal of a current $161 million liability cap — a change the federal government is describing as a move to a ‘polluter pay’ scenario.

Yet Karen Wristen, executive director of the Living Oceans Society, said the report’s recommendations do not hold industry accountable in the event of an oil spill:

"Under current regulations, the ship-source oil pollution fund, which is a fund presently containing about $400 million, only has to pay out $161 million per spill. What they’re saying is make the whole $400 million available for any one spill. It’s a lot of money but it’s nothing compared to the estimated loss from a spill along the Enbridge tanker route, which has been estimated to be about $10 billion. So to say this is unlimited liability and polluter pays is a bit rich."

What is worse, Wristen said, is in the event the pollution fund is depleted, the recommendation is to borrow additional funds from Canadian taxpayers.

“If we already know that the losses are going to be an order of magnitude higher, why not put a levy on industry now while they are going to be profitable, and get that money built up in the fund? This is the sort of made-for-industry approach that these recommendations take: we won’t bother about it unless it happens,” Wristen said.

Federal Natural Resources Minister Joe Oliver and Minister of Transport Lisa Raitt were in Vancouver to release the report.

But Wristen, who attended the announcement, challenges the claim this spill response regime puts the long-term interests of British Columbians first.

Canada’s plans for the West Coast don’t “deal with the fishermen and tour operators who might lose their livelihood,” Wristen said. “There’s nothing about loss of livelihood, loss of personal property, damages, that sort of thing…the costs of oil clean up alone in the last few major spills we’ve had to look at would have more than exhausted what’s available…There’d be nothing left over for the losses of ordinary Canadians.”

The federal government is hoping to establish what it called a "world-class tanker safety system" in an announcement in 2013. The national review is already being seen as an attempt to curry favour with British Columbians wary of increased oil tanker traffic on the coast.

In August, briefing notes from B.C. environment ministry bureaucrats revealed they were worried even a moderate oil spill would overwhelm the province’s ability to respond. Cuts in the 2012 federal budget led to the closure of Environment Canada’s regional spill response offices in Vancouver and other cities, further hindering efforts to contain an oil spill on the West Coast.

A study commissioned by the provincial government and released in October found only three to four per cent of a relatively small oil spill on B.C.’s north coast would be recovered within the first five days.