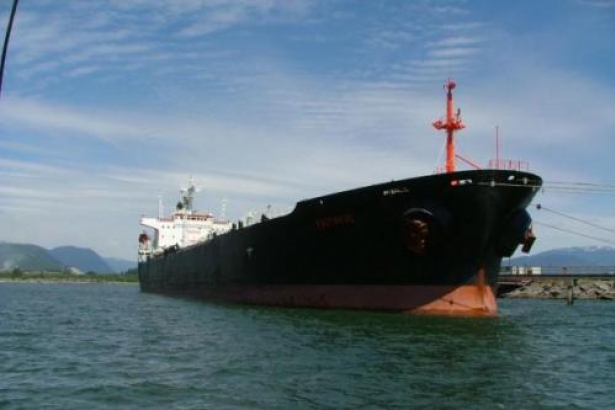 BC's Environment Ministry is "not adequately staffed" to deal with an oil tanker spill along the coast, which would easily "overwhelm" the province's staff and resources, internal briefing notes reveal.

Bureaucrats shared their concerns in a briefing book for incoming environment minister Mary Polack, the Canadian Press reported. The briefing book outlines many risks of a spill from a tanker along BC's coastal waters.

"The Ministry of Environment, as the ministry responsible for preparedness, prevention, response and recovery for spills, is not adequately staffed and resourced to meet the existing and emerging expectations to address spills."

It went on to talk about how poorly BC was prepared compared to U.S. counterparts for oil spills:

"Even a moderately-sized spill would overwhelm the province's ability to respond and could result in a significant liability for government . . . The industry requirements, established by Transport Canada, are perceived as being insufficient in both scope and scale. For example, in both Washington State and Alaska industry requirements are far in excess of what is required in B.C."

With regard to onland pipeline spills, the book estimates that a pipeline could leak 21,000 barrels in one hour (500,000 barrels of crude oil per day) if there were a spill, threatening natural wildlife habitat.

In addition to Enbridge's proposed Northern Gateway pipeline, Kinder Morgan is currently planning to twin the existing Trans Mountain pipeline to expand capacity from 300,000 to 850,000 barrels per day. When reached for comment about the BC government's concerns, a Kinder Morgan representative gave the following response, followed by a number of links:

"Thanks you for inquiry. You can find more information about spill response, emergency preparedness and prevention on our website."

Experts have been warning about BC's lack of preparedness for an oil spill for several years. A 2010 report from the Office of the Auditor General found that Canada as a whole -- and not just BC -- is under-prepared to respond to a large oil spill at sea, noting that the national emergency plan is 10 years out of date, and that it does not verify the readiness of the private sector to respond to spills.

“Nobody is essentially watching the store,” wrote Stafford Reid, a marine risk expert and emergency planner with 20 years of experience, in a 2008 report.

The situation has worsened since the publication of that report. Last year, regional spill response offices in Vancouver were closed and consolidated in Quebec. Also shut down were the marine traffic control stations that ensure that boats don’t run into each other.

The documents showed that officials in the provincial environmental emergency program in Victoria wrote that this would render Environment Canada far less effective in the event of a major spill.

"As a result, Environment Canada will have little or no surge capacity in the event of a major spill to bring in responders from across the country," program manager Graham Knox in an internal memo.

"Trying to provide the current level of service from Montreal is not realistic. Current EC staff have found it challenging to respond to spills outside of their base in Vancouver, and a move to Montreal will certainly increase these challenges many-fold."

"Response activities cannot be managed remotely," agreed another local program manager. "Preparation and accumulation of local knowledge are vital to a cohesive and coordinated response to emergencies."